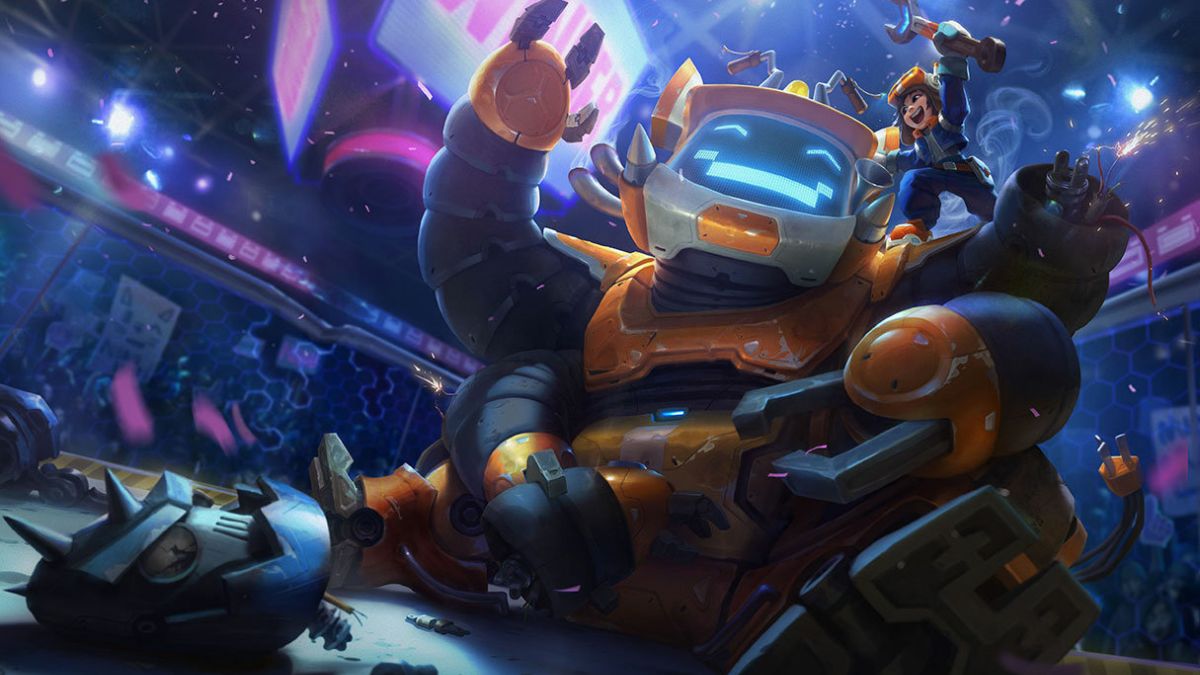 Of all the new traits in Teamfight Tactics Set 8, the Gadgeteens are by the far the craftiest. Because they create their own items, they give you a whole new roster of options to play with. Nunu and the others have some complications and intricacies with the gadgets they make, though. Let’s go over each of them so you know what you’re getting into with these techie teens.

How the Gadgeteen trait works

When you have at least three Gadgeteen units on your board, they will begin crafting items. These items last one round, and cannot be hoarded on your bench. The item will simply cease to exist once the round is over. Use your items every round. That means don’t rely on Gadgeteen items to itemize your carry units. Gadgeteen items are great for helpful buffs, but you should still search for your top-tier carry items as you go. These items also are a little handmade, so they aren’t as strong as their in-game counterparts. For example, Bloodthirster does 33% Omnivamp while Chainsword Bloodthirster only does 20%. On the plus side, they likely stack effects with their stackable item counterparts.

Another plus side of Gadgeteens is that you’ll always have new incoming items. When you have three Gadgeteens, they’ll create a newly crafted weapon each round. They’ll even craft two items a round if you have all five Gadgeteens. These five Gadgeteens include Annie, Lulu, Nunu, Poppy, and Zoe.

There’s an entire 9-item roster of Gadgeteen items that you can randomly get each round. Some are damage-heavy, while others are fantastic tank items. Which ones you get, depends on your luck.

This is a homemade Omnivamp weapon that does 20% Omnivamp to enemies. Once per combat, the holder gets a 25% max health shield. While that shield is active, the champion gets a bonus 40% AD.

Units equipped with this get 20% AD and 20 bonus AP. Gadget Slayer deals 25% more damage to enemies with health higher than the champion it’s on.

Making a fan-favorite tank item on the cheap, this armor gives 900 bonus health and regenerates 2% max health per second.

Hitting and taunting all enemies within two hexes, this item makes them take damage equal to 185% of the max mana. These enemies also lose 50% of their magic resistance.

This homemade item grants the holder 150 bonus health. It also makes enemies within three hexes take 10% of their health as true damage for ten seconds. Their healing is also reduced by 30%.

The bane of mage teams, this item will do the same effect as the classic Shroud of Stillness, slowing mana generation by 35% and increasing the maximum mana needed to cast their abilities. Movement speed is also slowed by 20%.

A well-liked craft, this cannon makes rangers all the stronger, just like its namesake. The holder gets 30% bonus attack speed, increases their range by three hexes, and makes sure their attacks don’t miss.