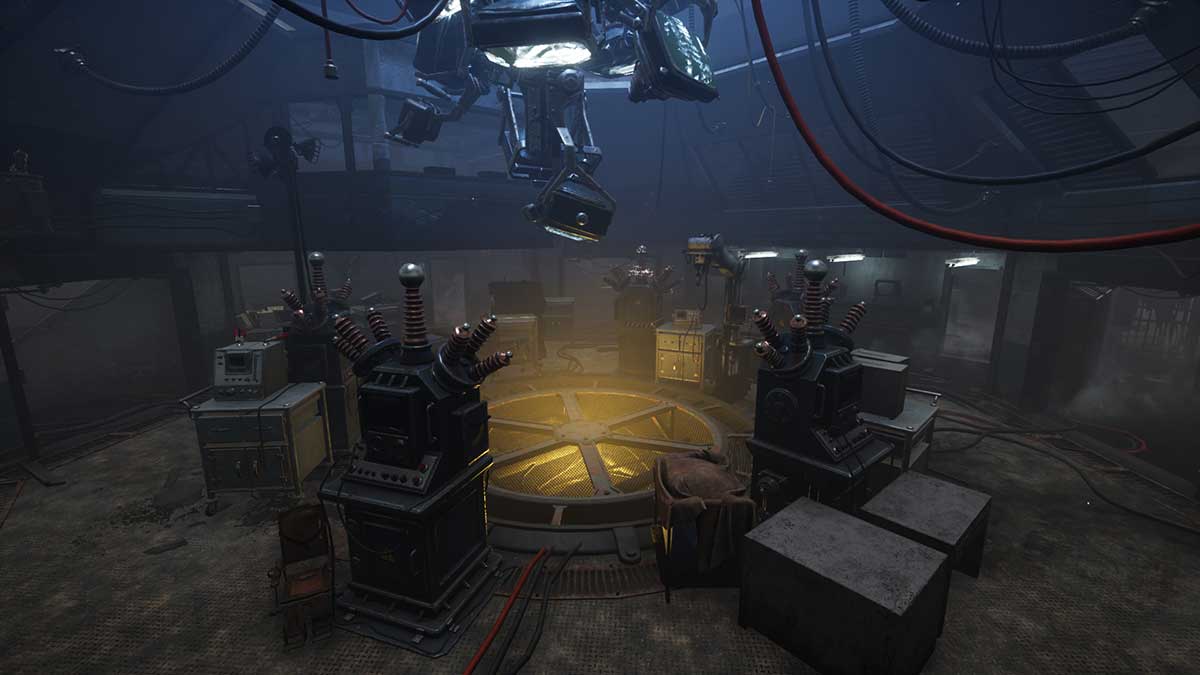 When you’re playing as a survivor in Dead by Daylight, you have two options to escape. The first is to work together with your fellow survivors and repair five generators. When you finally escape as a team, you feel triumphant because you overcame evil together, not apart. The second is to cower in the tall grass, hoping you get lucky and find a hatch, or wait until one spawns when all of your fellow survivors have been sacrificed.

This guide is for those players who like to let others perish for their safety. Here we’ve covered all the known hatch spawn locations for each map in Dead by Daylight.

A word of caution: The Killer can open and close the hatch, so be careful you don’t get caught in a trap.

The hatch spawns in a random location on each map. It will only appear when there is just one survivor left in the Trial. While the spawns are in the map’s major landmarks about 90% of the time, they do sometimes throw you a curveball and spawn in the more remote 10% of locations. Study this list with that in mind.

This section covers the hatch locations for each of the five MacMillan Estate maps.

This is the huge building dominating the landscape. It groans and creaks as you walk past it. Look to the side of the coal tower, and you’ll see a two-story building. The hatch will spawn on the outside near the wheelhouse.

This is another huge building. You’ll know it because it’s got so many entrances and exits. The hatch could spawn in or around the main building. Keep an eye out.

The Ironworks of Misery

Another location you can’t miss. It’s the beating heart of the mine and the place you’ll be cornered in the most by Killers. Look for the hatch to spawn between two pipes on the first floor of the building.

A colossal tree marks this map. There are three potential areas to look for a hatch in. The first is near the cabin. If that doesn’t pay off, scout the area’s edges. There are two spawn points right on the area’s perimeter.

With this final map, look for the huge house near the ramp. It’s also where you can see a hill near the farm. The hatch will spawn behind the large house.

The following are the hatch locations for the Autohaven Wreckers maps.

This map really does have totally random hatch spawns. However, the chances are better for it spawning towards the map’s outer edge, between trees, and near generators. If a single area has all three, the chances are that the map will appear there as well.

This map has but one hatch, and it’s inside the lodge, right at the bottom of the map, down all those terrifying stairs. Don’t go there unless you absolutely have to.

This hatch is another highly randomized one. Our best suggestion is to look around the outer edge and keep an eye on generators when the time comes.

There are two barrels and a tree behind the shop on this map. That’s where the hatch will spawn. Familiarize yourself with the area, so you know where to run to when you’re the only one left.

This map is another randomized one. The pattern seems to be that the hatch will spawn near trees but also inside buildings. When you need to find it quick, go for the trees first.

The following are the hatch locations for all the Coldwind Farms maps.

There’s a blimp crash site on this map. The hatch spawns north or northeast of it. You shouldn’t have trouble finding the site, so just run there and start your search when the time comes.

Head to the back of the house. The hatch is going to spawn on the lower porch in a back corner. Learn this location so you can get there fast.

There’s a building on this map that’s half torn down. The hatch will spawn beside it. This is a tricky one because everything looks the same. Just remember that it’s the half torn down building, that should help.

This is one that everyone knows. There’s a room with hanging dead pigs in. This is the room in which the hatch generally spawns. The hatch can also spawn near the exits, but it’ll be beside a fence. This might seem counterintuitive, but it’s the pattern we’ve seen in the spawns.

You’ll almost certainly see a hatch spawn in one of the fields near the exit. For the most part, though, this map has extremely random hatch spawns. Keep looking through the crops to see what you can find.

The following are the hatch locations for the two maps in this area.

The hatch spawns here are very random. What seems to be a common thread between them is that they spawn near bonfires. If you’re stuck, look for one.

For this hatch, you want to find the shack on the map. The hatch almost always spawns inside it. If that fails, look for generators on the edge of the map.

This map has very predictable spawn locations. You need to look on the paved road. The hatch will spawn in the middle or at either end.

These are the hatch spawn locations for the Black Water Swamp maps.

Unfortunately, the hatch spawns here are more random than anyone can track. Look to the outer edges for a good start. Just bear in mind that the hatch could also spawn on the second floor of a building.

Yet another extremely random map for hatch spawns. Try to look in the center of the map since that’s generally a great place to start finding the hatch.

This map is quite random, but you can predict where the hatch will spawn to some degree. Look for the corridors that are at the corners of the map. There’s a better chance of it spawning there than anywhere else.

Telling you that trees are great for the hatch spawn here isn’t helpful, we know, but that’s what we’re telling you nonetheless. The hatch is far more likely to spawn near tall trees that stand out, so seek those out if you’re on the run as the last survivor.

There are two key locations that you’ll find the hatch spawning in here. The first is the boiler room in the basement. The second is at the end of the road, which is conveniently near an exit.

On this map, you need to look for the stairs going downwards and follow them. The hatch spawns at the bottom-most of the time. Sadly, this isn’t always the case. If it isn’t the time you take a chance on it, you will die.

The rule of the center applies here. The hatch almost always spawns in the center of the map. It’s in the section where bamboo canes are growing amid a few low concrete walls.

Hatches are always more likely to spawn near generators. That’s definitely true here. You’ll find that the hatch is almost always near one. Check every generator you know about. Luckily they’re incredibly noisy and easy to track down. That’s the same for the Killer, though.

For this map specifically, the hatch will only spawn on the lowest level. That means going down as far as you can, which is risky with a Killer on the loose. Once there, check around the edges, and then look for generators.

Here the hatches are random. Go with the reliable tips of generators and check the edges first. If it’s not in any of those locations, it might be in the center.

This last map is also random, but it’s even more complex than that. The issue is that the hatch can spawn under hunks of flesh, which means you have to look even harder for them. Don’t let a lump go by without you rubbing your face in it.