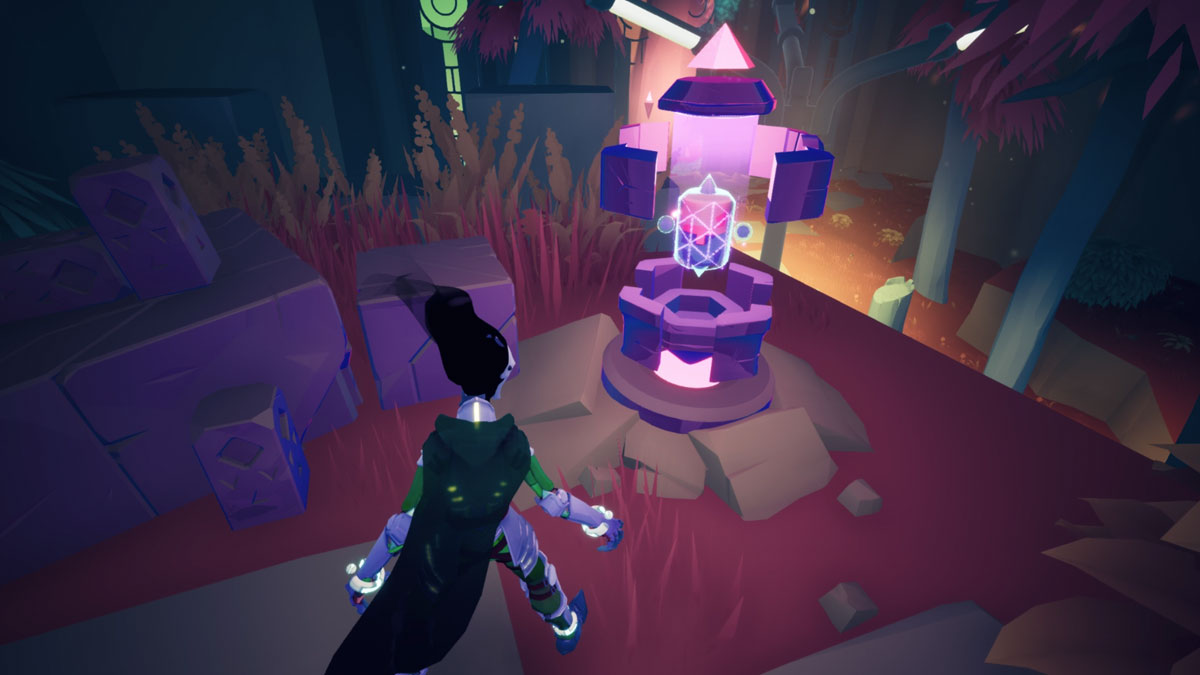 Ironroot Basin is the forest biome of Solar Ash, and like the other areas, it has a set of Voidrunner caches to track down. For each one you find, you’ll be rewarded with both an audio log from a fellow Voidrunner and a suit part. With all five combined, you’ll unlock a whole new suit with a great perk. Here’s where to find them.

You’ll see the first cache on a ledge on your way into the basin, but you won’t be able to reach it just yet. From the main area, make a right and head up the sloping cloud — watch out for the mine at the top! Follow the cliff here back to the entrance and make a big double jump to reach the cache.

This is under the broken bridge in the far back of the basin, past the big set of stairs. Weave through all the mines to find it on a ledge under the bridge.

This cache is a bit tucked away. If you’re heading toward the greenhouse (pictured above), bear left to reach a rear area littered with mines. There’s a cave entrance back here, and you’ll find the cache inside the chamber. Be aware that there’s also a sniper enemy overlooking the cache, and it will take a shot at you when you get close. Use the goop along the cave walls to climb up and destroy it.

This is found behind the forest altar, the building that takes three switches to open. Circle back there, and mind the vents that will damage you if you stop moving. Skate through to the source and get rid of them, then you’ll be safe to open the cache on a nearby ledge.

The final cache is found near the Harvester, the giant purple machine that sits defunct atop a cliff. Instead of going inside the cave there, hang a left to find the cache around back.

Finding all five caches in Ironroot Basin gets you Verse’s Suit. This speeds up the cooldown of your boosters, letting you hit the jets much more frequently. It’s great for clearing anomalies with tight timing windows.