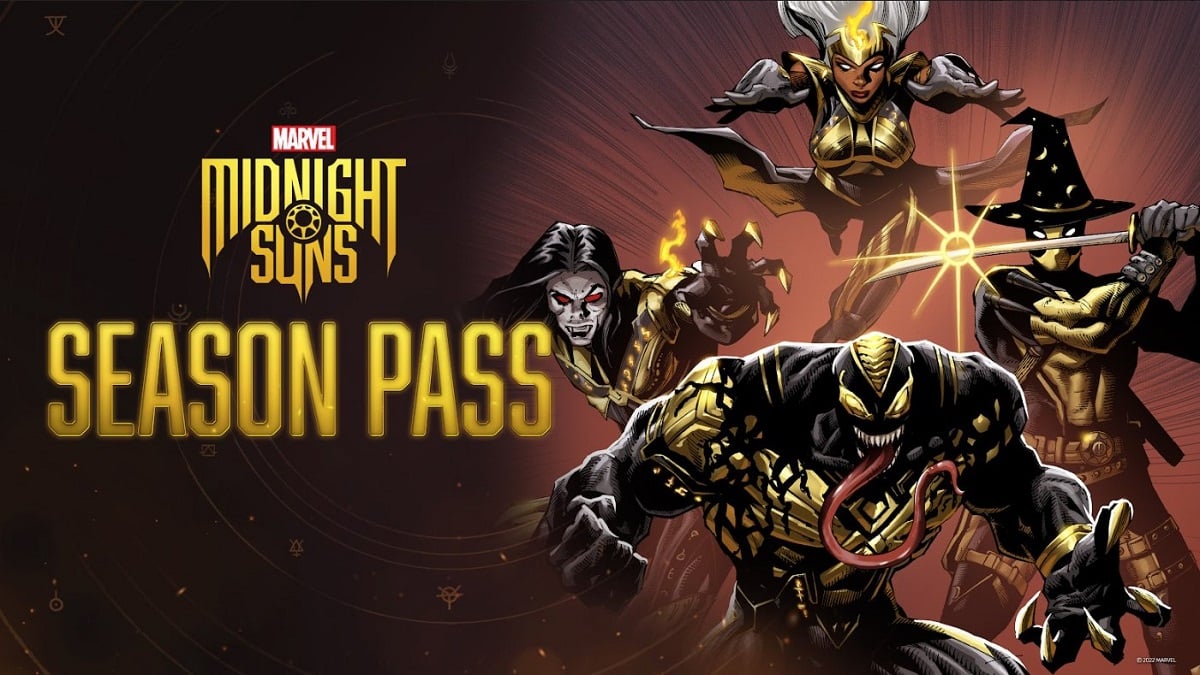 Marvel’s Midnight Suns features 13 playable heroes, including a customizable player character called the Hunter, who band together to fight a supernatural army of monsters led by the Mother of Demons herself, Lillith.

Developer Firaxis Games has drawn from not just the original Midnight Sons team from the comics, but also the Avengers, the X-Men, and the Runaways to form an exciting and diverse cast of characters. It hasn’t ended there either. The developer announced four additional heroes that will periodically be added to the game via post-launch DLC, all of which are included in a season pass and are listed below.

Marvel’s Merc with a Mouth really needs no introduction. Between the Ryan Reynolds movies and his various video game appearances, most everyone has likely heard of Deadpool. If you’re somehow not familiar with the character, Deadpool went through the same Weapon X program that created Wolverine in an attempt to cure his cancer.

The process left him horribly disfigured and drove him insane (to the point where he’s aware he’s a fictional character), but he gained incredible regenerative powers, making him nigh impossible to kill. While he’s usually a mercenary and has no reservations about killing people, he’s dabbled in heroics multiple times and often enjoys being a good guy. Most of the Marvel universe can’t stand him but when dealing with a demon invasion, his knack for slicing and shooting things will make him a valuable asset to the team.

Storm has the power to manipulate the weather itself, making her one of Marvel’s most prominent and powerful mutants. Her abilities even had her revered as a literal goddess for a spell, before she was recruited to join the X-Men. Since then, she’s remained a consistent member of the team, at one point serving as its leader, and later marrying the Black Panther to become the queen of Wakanda (they sadly divorced later on).

Storm’s popularity has resulted in her making consistent appearances in other X-Men media, such as the cartoons, live-action movies, and other video games. For Midnight Suns, she already has an in thanks to fellow X-Man Wolverine being in the game and her powerset means Firaxis has a lot of fun possibilities to craft a playstyle for.

Easily one of Spider-Man’s most infamous and popular enemies, there have been several characters to use the name Venom. For Midnight Suns, Firaxis is going with the original: Eddie Brock, a former journalist who blamed Spider-Man for ruining his career. He wound up coming into contact with the alien symbiote that temporarily served as Spider-Man’s black suit. The symbiote granted him practically all of Spidey’s powers and knowledge of his true identity (Peter Parker). With their combined hatred, Brock and the symbiote dedicated themselves to destroying Spider-Man.

Over time, Venom became more of an anti-hero, aiming to actually help people, albeit more violently than Spider-Man. Even so, his hatred for Spidey never went away, but with him joining the Midnight Suns, he seems to be willing to put that animosity to the side for a while. In case you weren’t aware, Venom is already in the base game for Midnight Suns, but as a recurring enemy, with Lillith transforming him into a more demonic creature.

It’s easy to assume that Morbius’ inclusion is because of his meme status brought about by the Jared Leto movie. However, he’s not only a perfect fit for Midnight Suns given its focus on the supernatural, but he arguably should have been picked for the base roster. Much like Blade (who’s already in the game), Morbius was one of the founding members of the Midnight Sons and, in their debut storyline in the comics, fought Lillith.

Admittedly, his origins aren’t rooted in magic, but in science. Michael Morbius was once a biochemist that tried to cure his own blood disease and, in doing so, turned himself into a vampire. He started out as a Spider-Man villain since he had to drink human blood to keep himself alive, but he eventually became more of an anti-hero, choosing only to feast on criminals. Whether or not demons even have blood to drain, Morbius’s vampiric abilities make him a reliable and dangerous ally.