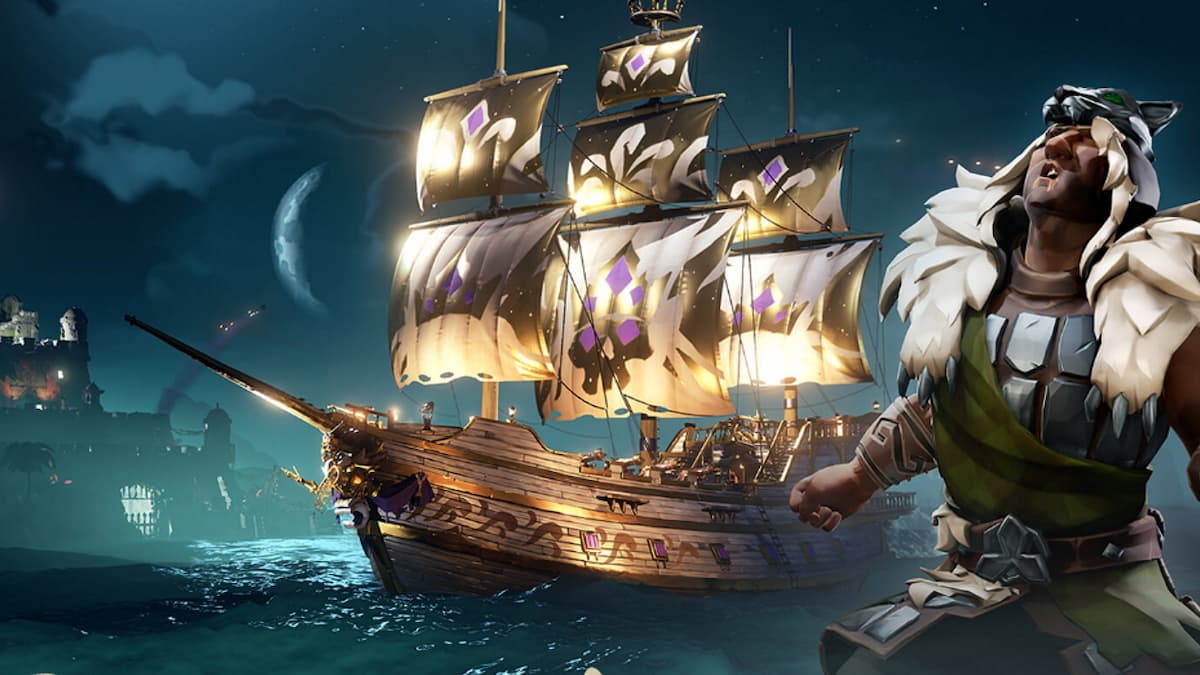 Related: Where is the Bonesmith in Sea of Thieves? All Skeleton Curse cosmetics

If you’re not flush with Ancient Coins, there’s an emote that’ll let your pirate wave a sparkler around that you can pick up for free until December 15. Go grab it while you have a chance.

These previously-available food-themed instruments and outfits for your pets are back for a limited time, so be sure to grab them before December 15 to avoid missing out on them again. The Instruments bundle includes the following:

There’s no better way to show off the eye-watering amount of wealth you’ve accrued through your plundering than with this palatial bundle of ship cosmetics. From the gold plating to the imperial purple, you’ll be sending a message to your opponents that you’re not to be trifled with — or that if they do, then the risk might be worth it. The Essential Bundle includes the following:

The full bundle adds the following:

It’s not just your ship that can get a jewel-studded makeover. Put your money where your mouth is and slap a bonafide crown on your head to show the rest of your crew who the real king of the castle is. Before they throw you in the brig for ideas above your station, of course.

Those who picked up the Night Wulf Ship Set can now get a similarly-themed costume and weapon set to match. The costume, loosely themed on the eponymous Wulf from Sabre Wulf, one of Rare’s very early games, plants a savage-looking lupine headdress on your pirate, while the weapon set includes the following:

This bundle of trinkets pulls double duty as a way for Captains to show off something new in their ships and as a tip of the hat to Rare franchises past. If you’ve been a fan of the company’s games, especially during the N64 era, you’ll no doubt recognize the characters now nestled snugly on your shelves. It includes:

As always, there’s also the new Plunder Pass that players can choose to pick up. If they choose to spring for the Plunder Pass, players will then be able to attain new costumes and other cosmetic items before they even become available in the Pirate Emporium as they gain Renown and progress through the season. Highlights in the Pass this season include: