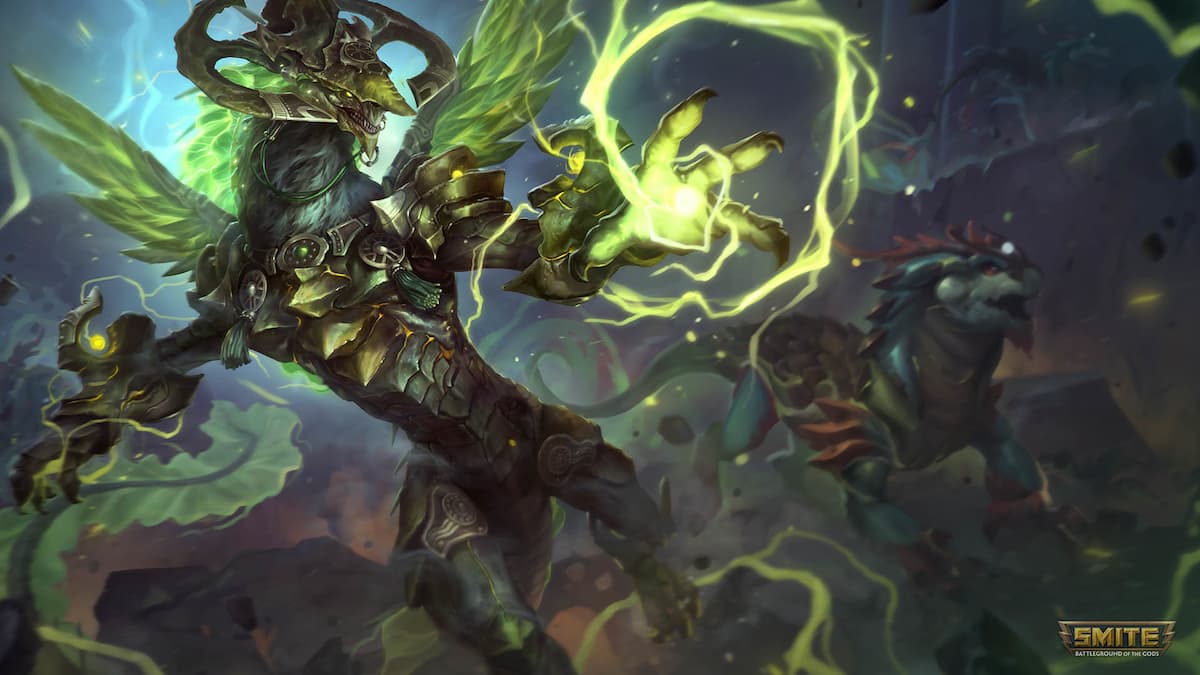 The start of the year continues to grow in Smite with update 8.2 introducing Tiamat, the Goddess of the Salt Sea. She is the creator, and the destroyer, reshaping everything in her ideal vision. She’s going to be an interesting addition to the battlefield. We already knew that she was going to be a mage, and Hi-Rez already talked about how she’s going to have stance switches, enabling her to use different abilities in those stances, similar to Ullr. Now, we have the full breakdown of what those abilities are, and how they work.

All of Tiamat’s abilities

Tiamat’s passive will be the same, and only changes based on her stance. While in her flying stance, she’s going to receives health whenever any other god, regardless if they’re on your side or not, dies. She receives less when a minion dies.

While Tiamat is in her grounded stance, she gains hardened scales, and these provide damage mitigation. Tiamat’s hardened scales will remain on her until she takes a certain amount of damage, so she becomes weaker over time when battling gods.

While in her flying stance, Tiamat charges power for a single lane attack that fires multiple projectiles. As you level up this ability, she gains additional projectiles that she can charge for the attack. Each projectile does less damage if they hit the same target. For example, if Tiamat hits a god with using this ability three times, the third attack will do 30% less damage than the first projectile that hits.

While Tiamat is in her grounded stance, she can fire a cone ability that slows enemies in front of her. If the enemy hit is under a particular threshold, she can consume that enemy, similar to Bakasura. If Tiamat consumes a large jungle camp minion that has a buff, she consumes that buff and can use it. However, the jungle minion still drops that buff for one of Tiamat’s allies to grab. She can have a consumed buff, and have a regular one around her, making her a great option for a potential jungle god.

With this ability, while Flying, Tiamat has a rounded triangle in front of her to fire the ability. There are two layers to the triangle. Enemies hit by the outer triangle receive a small amount of damage, but those hit by the center one receive even more damage, and are stunned for one second. Players will likely be using this attack to set up ambushes.

With Tiamat in the grounded stance, she can knock up enemies in front of her, creating a bit of disruption. it’s not entirely a stun, and the attack reaches out a bit more than Ruination, but it does a bit more damage in general.

This is how Tiamat changes from her flying stance to her grounded stance. It’s also a method for her to escape, so outside of changing stances, she’s going to be using this to dive enemies, or utilize it to run away from adverse situations.

While in the grounded stance, Tiamat will use this ability to return to the air. The ability is how Tiamat creates distances away from gods, using it to knock her back, allowing her to use her more ranged attacks.

CHILDREN OF CREATION (Fires off Summon Serpents, Beast, and Storm)

This ability creates a small portal where minions created by Tiamat pour out from the location and go down the lane. But their attacking pattern changes where you put the portal. If it’s in the jungle, the minions will seek out the nearest NPC. The portal will only send out three waves of minions, but the minions do not disappear until they die. When you click the ultimate, you have to click an ability to summon a certain minion. Ability one are the serpents. Ability two is the beast. Ability three is a storm, which is not a minion, but it’s an attack that follows enemies, and knocks them up.

While in the grounded stance, Tiamat’s ultimate becomes a large area of effect attack that goes out around her. Each enemy god that it hits gives Tiamat a stack of hardened scale, giving her more damage mitigation, pushing into her bruiser playstyle.