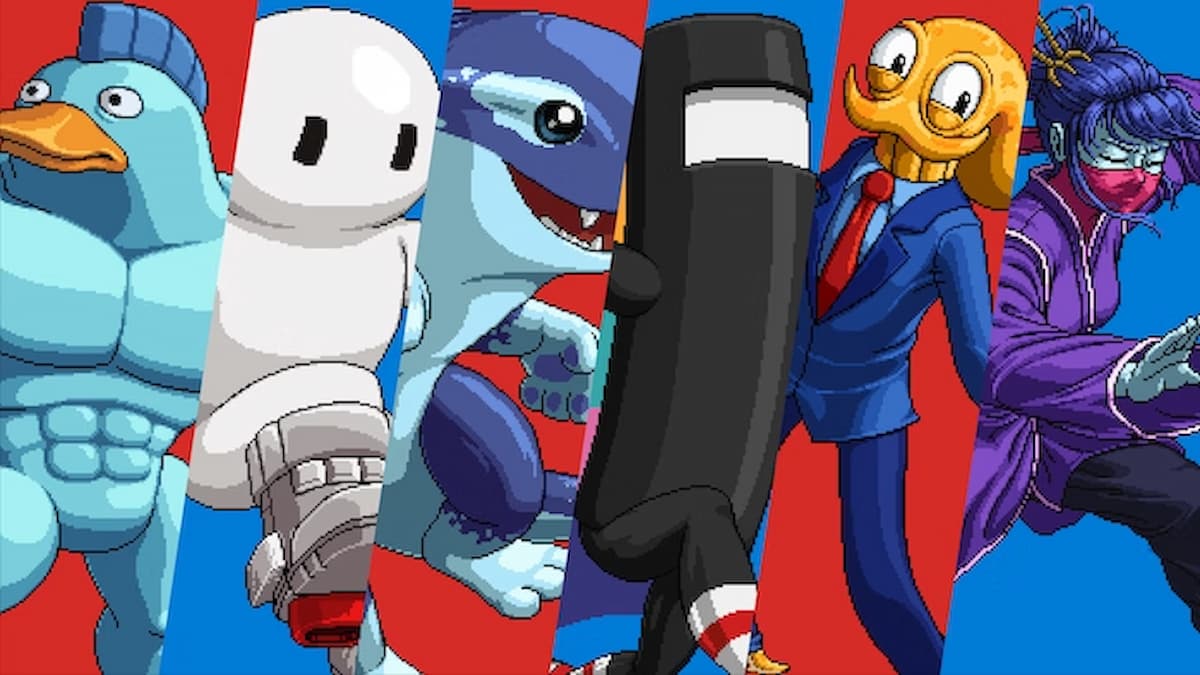 Fraymakers is the latest game to emulate the Super Smash Bros. formula, with a roster that brings indie darlings together so that they can beat each other up in the ring. Fraymakers is now available in Early Access on Steam with a limited roster of four playable characters at launch, with two more coming soon. The game might only have a small selection of fighters, but each one feels distinct and fun to play, even though they are all currently missing animations for specific attacks. Here are all the current fighters you can play as in Fraymakers.

Octodad is the protagonist of Octodad: Dadliest Catch, where he attempts to masquerade as an average human, despite being an octopus in a suit. In Fraymakers, he plays like a bizarre mix of Marth from Super Smash Bros. and Dhalsim from Street Fighter, thanks to the combination of his long reach and sweet spot attacks. Octodad’s tentacles cover a lot of distance, and his melee attacks are great for keeping foes at bay, with the tips dealing more damage than the shaft. This incredible melee reach is offset by a lack of ranged attacks, which means Octodad players always need to be careful about positioning.

CommanderVideo is the protagonist of the Bit.Trip series. In Fraymakers, he is one of the fastest characters in the game, with the ability to rush down foes and quickly pile on hits. His main gimmick is his Rainbow Trail, which powers up his slide and lets him jump out of its animation. The problem is that the Rainbow Trail only appears when he hits an enemy and vanishes if he’s struck. CommanderVideo’s neutral special is a powerful laser beam with a long range but a slow startup. These attributes make CommanderVideo one of the most accessible characters for new players, thanks to his powerful close-range and long-range options.

Welltaro is the protagonist of Downwell. In Fraymakers, he is a character who specializes in spiking attacks, where he can fire projectiles downward while jumping. Welltaro has an ammo meter with eight bullets, which restores a shot whenever he strikes an enemy or refills all slots when he touches the ground. The people who hate Akuma’s Zanku Hadoken in the Street Fighter series will have similar feelings toward Welltaro, as he’s all about anti-approach and striking from the air. Welltaro’s combat style has one big weak spot, as the bullets are his recovery move, which means that running out of ammo while over a pit means he can’t save himself from falling.

Orcane is one of the playable fighters in Rivals of Aether. In Fraymakers, Orcane is easily the most unique character in the game, with the ability to create a puddle of water on the battlefield and either teleport to it or turn it into a pillar of damaging bubbles. Orcane also has a powerful side special, where he vanishes and reappears as he attacks a foe. While easily the most difficult character to get to grips with, Orcane has a lot of options in battle and is one of the best fighters in the game at launch.

There are two more fighters on the Fraymakers character select screen, but they’re currently locked. These are The Watcher from Slay the Spire and Ultra Fishbunjin 3000 from Slap City. The official Steam page for Fraymakers has screenshots and videos of these new characters in action, so they must be pretty far along in development and will be added in a future update.