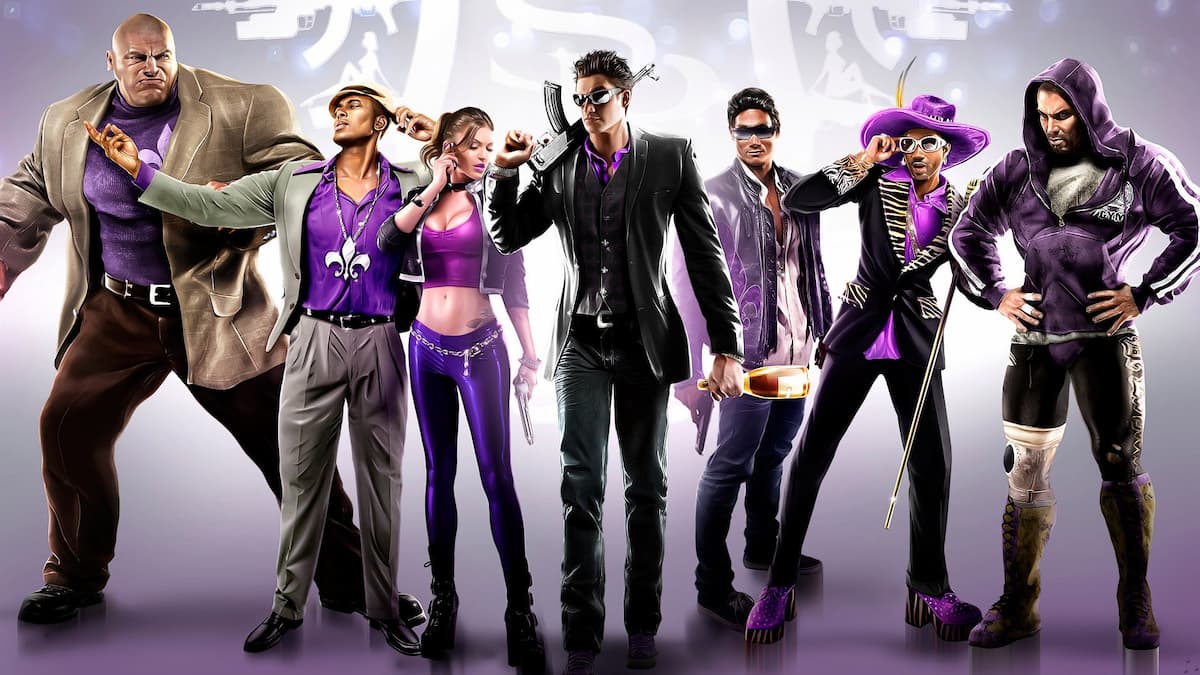 The Saints Row series has had a tumultuous lifespan. From starting out as a basic Grand Theft Auto clone to flying through Hell to stop a wedding, it is safe to say the road to where we are now has been a wild one. With that being said, people have gotten quite a lot of enjoyment out of the series. Let’s take a look back at the Saints Row series and rank them from best to worse.

Saints Row: The Third is where the series truly began to take off with its insanity. From playing as a blow-up sex doll or toilet to having a gun that shoots out dubstep tunes to blow things up, the idea to separate itself from Grand Theft Auto was to embrace its craziness.

While the Saints live high and large at the beginning of the game, they are quickly drained of all assets. As you work yourself back up the gang ladder, you feel more powerful with the various weapons and upgrades you come across. You will work to take down three significant gangs one by one with the most violent force possible.

Saints Row: The Third is the best in the series because it gives you a fun experience all the way throughout with continuously unexpected beats on your first playthrough. It never gets stale and doesn’t push the envelope too much like other releases that would come later.

Saints Row 2 was where the series began to focus on comedy more than trying to take Grand Theft Auto’s place. After being in a coma for five years, your character wakes up to find the Saints have disbanded. They work to rebuild the gang by recruiting series staples like Pierce Washington and Shaundi and declare war on the other gangs in the city.

Overall, Saints Row 2 is where the games began to forge their own identity. Many people would consider this the best in the series, so don’t think of this as lesser than Saints Row: The Third, but rather that they are both enjoyable games.

Where Saints Row: The Third pushed things on the insanity level, Saints Row 4 went a little too far. At this point, the boss becomes President of the United States, and aliens take over the world. Taking our Saints characters hostage, they are dropped into a simulation of Stilwater, where you essentially become a superhero.

Because you are not in the real world, you have super speed, can jump really high, and are incredibly strong. You become so much of a powered-up behemoth that vehicles essentially have no use in this game, which is odd considering this series started out emulating on Grand Theft Auto. Saints Row 4 still has some laughs and is a good time to play with a friend, but it’s by no means the best in the series.

Saints Row: Gat Out of Hell

Saints Row: Gat Out of Hell is an odd release for the series. It’s not exactly a full release, rather being a kind of half-step between an expansion for Saints Row 4 and the next story in the franchise.

This time around, you play as Johnny Gat and Kinzie Kensington as they rescue the Saints boss from Hell after playing with an Ouija board has him captured by Satan and forced to marry Jezebel. Along the way, you will get access to angelic wings to fly around and talk to God, who of course, is played by Nathan Fillion.

Again, like Saints Row 4, Gat Out of Hell is not a bad game and can be enjoyed by Saints Row fans. Still, at this point, it looks like Volition was going for crazy scenarios to drive their series forward instead of implementing a better gameplay experience. After the release of this game, the Saints Row series took a much-needed rest for quite a few years.

The first Saints Row game is primarily viewed as a Grand Theft Auto clone, not adding much to the space. Your character joins the Third Street Saints and works their way up the chain of command by gaining reputation. While not a bad game by any means, it’s not really a game we would recommend going back to with so many other games doing the same basic premise better.

A bit of a wildcard entry, Agents of Mayhem is not a truly dedicated Saints Row game but takes place in the same universe. Volition was finally trying something new while keeping the zaniness intact but ended up making quite a forgettable game. In this game, you play as a team of heroes, but there is no cooperative gameplay. Even with the multiple playable heroes, this was a single-player-only experience. Agents of Mayhem came out and was quickly forgotten by about everyone.

As of this writing, a reboot of the Saints Row series is set to be revealed soon. After we get our hands on the game, we will place it somewhere on this list properly.