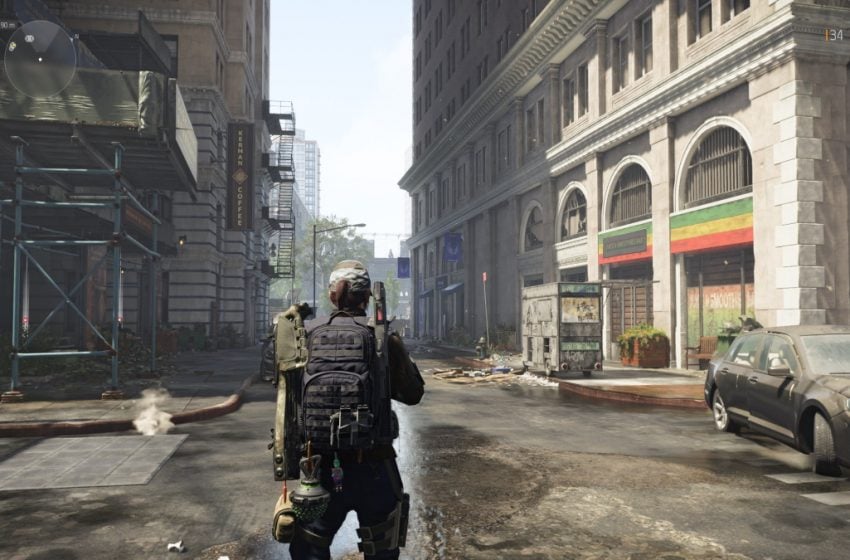 SHD caches are hidden all over The Division 2, and there is now a new array of them hidden throughout New York in the Warlords of New York expansion. You can find five of them in each city section, and this article covers those found in Battery Park.

The first cache is close to the settlement. Proceed down the street, but don’t go into the construction zone with the green fence. Avoid it. Instead, go to the first intersection, and then take a left. Go all the way down until you hit the intersection of John and Nassau St. There’s a white semi-truck you can climb, and go up the building using the grappling hook. The SHD cache is hidden behind a locked down. Go down to the lower section of the roof, and you should find a fence you sneak into that’s broken into on the far side next to some generators. Pick up any loot you find, and then climb up the ladder hidden in the back.

The next cache is on Dey St. Halfway through the street, find a fence locked behind a padlock. Shoot the padlock, and then look up to find a grappling hook, which you need to shoot down to activate. Go up the hook and you will find the cache waiting for you at the top.

The third cache is near the western portion of the map, next to a large skyscraper. Proceed to the west side of the skyscraper on West st and go down the street north of it, where a construction project is happening above a coffee shop. Go to the left, while facing the coffee shop, and you should see a white semi-truck you can climb to to the construction structure. Follow it, and then to the right, there’s a rope you can grapple up to the top of the structure, obtaining the cache at the top.

The next one is found inside of a wine shop, which you can enter from the right side interaction of Battery Pl. Go inside the shop, and proceed to the second floor. It should be further in the back, and there are several open doors you go through. At the top, you should find it next to a body.

The final cache is found on the southern portion of the map, near the docks. There’s a building at the bottom you guarded by some NPCs. Take them out, and then proceed to the north side of the building to locate a ladder to take you up to the second story. Instead of going to the right, look to the left, and follow the narrow pathway all the way around the house. You will find at the cache at the end.

There are four districts in New York, and each has SHD caches. We know where to find them in the Civic Center, the Financial District, and Two Bridges.