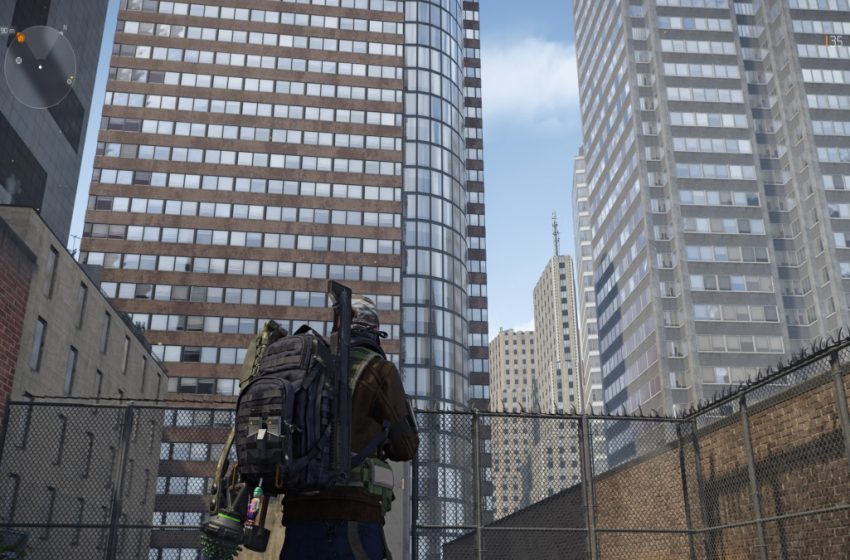 You will find that the Warlords of New York expansion for The Division 2 features a brand new area in lower Manhatten. It’s broken up into four districts, and each of them has five SDH caches you need to find. These are the locations for the ones found in the Financial District.

The first cache inside the Financial District is underground. You need to enter the sewer system by jumping down the maintenance hole located on Water St where it connects to Pine St. Go down, follow the path, going to the left. Continue down this way, and bars will stop you, but there’s a door on the right side with a padlock on it. Shoot the padlock and then go back the way you came. Go down the different path, and follow it halfway until there’s a door on the left. Open it, grab the loot inside, and the other on the other end should be unlocked for you with the SHD cache available in the next room.

This cache location is to the south of the Celebration Hotel. The cache is hidden behind a chainlink fence with a padlock. Proceed to the building opposite it, where a semi-truck is parked, and you can jump up to the second story. You want to use a marksman rifle, sniper, or assault rifle to take out the lock from this building. After you take it out, jump down. You should see a yellow tarp on the left side you can use to get up to the second story, follow the path to the right to the previously locked down, and then proceed to grab the SHD cache. It should be behind another door protected by a padlock you can access.

The next cache location is a little hidden, on the top of a roof. Go down Water St until you almost reach Coenties Slip. Right before you do, on the right side, look for a white semi-truck with a Pizza sign above it. Further up, on the roof, there’s a grappling hook you can shoot. Blow it up to bring it down, grapple up, and there’s a door you can’t access blocked by an electronic lock. You need to destroy the power box, which is located underneath the building adjacent to you. From where you grappled, go to the left down a ladder, then up another, follow the path, and you should have a better sight of the yellow power line connecting the electronic lock to the power box. Destroy the power box, return to the door, and find the cache inside.

Another cache you can find is hidden inside of a contaminated building, to the northwest of the district’s safe house. You can enter it through the small alleyway on Maidan St; right before Gold St. Shoot the door’s padlock, enter the building, go up to the third floor, and you should find the cache in a room with some decent loot in it.

The final cache location is to the east side of the safe house, north of the highway. You want to go to the interaction between Front and John street. Face the building with the pufferfish graffiti art on it, and fire at the grapple hook next to the pizza sign. Climb up and look at the door blocking your path. An electronic padlock protects it. You can shoot the electric box from where you stand after grappling up on the higher-level building.

Proceed through the door after it opens, go up the vents to the building that had the power box. Jump up on the large vents in the middle of the area, and you should see another electronic box when you face the south. Shoot it, and another door should open. Go inside and follow the path, and the final cache should be on the other side.

There are five SHD caches hidden in every district. You will find them in Battery Park, Two Bridges, and the Civic Center, only available in New York with the Warlords of New York expansion.