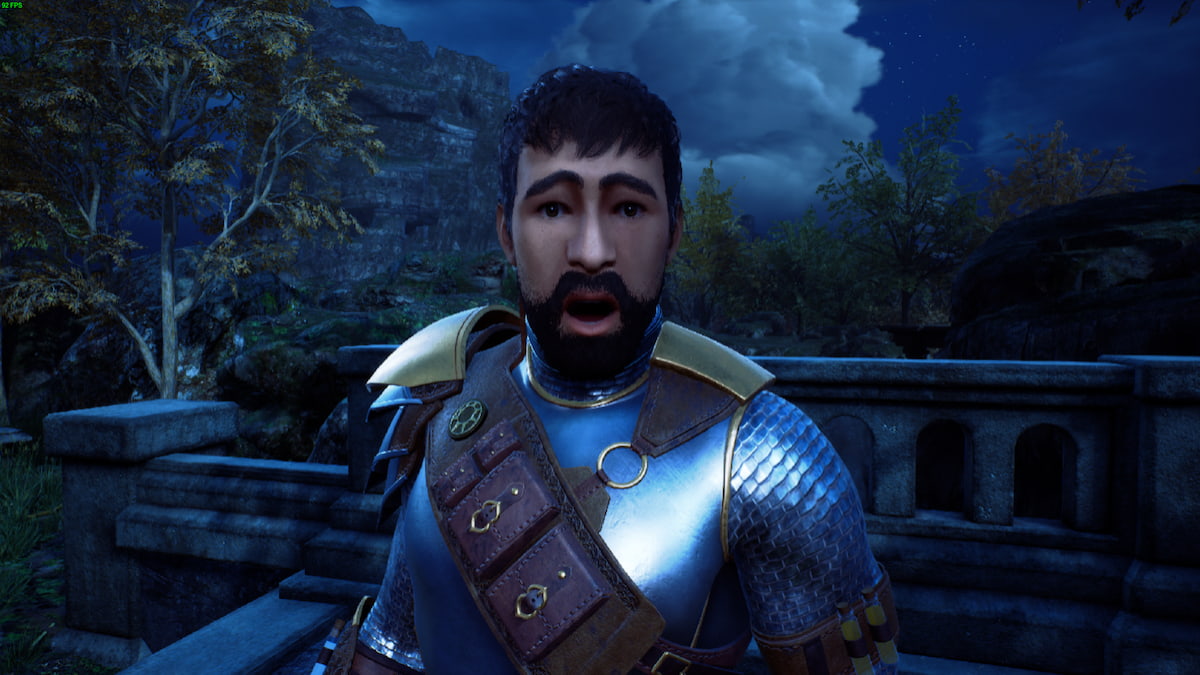 Related: How to get the Reveal Word of Power in Marvel’s Midnight Suns

Tarot Cards are scattered around the Abbey and the surrounding grounds. They are represented by a floating card hidden in the environment. Each card represents a different character or location from the larger Marvel Comics universe. Finding all of them will require all four Words of Power, as many are hidden in areas you can’t access until you gain that set of powers. Reference the map below with the number of the corresponding Tarot Card to the number on the map below to help guide you.

This Tarot Card represents Moon Knight. It’s located in the Abbey in the Forge.

This card is also in the Forge and represents Nova of the Nova Corp.

Thor is missing in action, but this card represents the God of Lightning himself. This item can be found inside the Abbey.

4: The Wheel of Fortune Tarot Card

This isn’t a game show; no vowels are needed to find this card near the elemental altar. This card is meant for the mercenary Domino.

This card can be found behind the elemental altar and represents the green lawyer herself, She-Hulk.

Thanos would kill for this card, as it represents Death herself. This card can be found to the south of the elemental altar.

The card represents Johnny Storm, the fiery member of the Fantastic Four. This card is located near a rock cliff against a tall wall on the map pictured above.

This card is a symbol of harmony and belongs to Cloak and Dagger. This can be found in the woods near the Abbey.

This card symbolizes the phoenix, and Jean Grey is on full display. This location requires the Open Word of Power to access the Stone Terrace area this card is in.

This Tarot card symbolizes wisdom and features the X-Men leader, Professor X. You can’t access this region until you have the Reveal Word of Power.

This card represents Storm, who can control the elements and is coming to Midnight Suns as a DLC character.

Uatu is the Watcher; he can see and hear everything across the literal Marvel universe. This card is found in Agatha’s house.

This card represents former Hydra prisoner and Cap’s best friend, Bucky Barnes. It can be found north of the altar, near an Abbey Haven.

This card is hidden off the dirt road north of Shaw’s church. You will need the Open and Reveal powers to access this area. This card represents Namor.

The Emperor card represents T’Challa and it requires every word of power besides Break to access. It is located next to the massive Blood Gate in the garden.

This card is directly in front of the same Blood Gate the previous card is nearby. It represents the Silver Surfer.

This card represents the Hell’s Kitchen power couple, Daredevil and Elektra. It is located in the cemetery.

This card represents the planet eater Galactus. It can be found after you obtain the final Word of Power, Break. It hovers over an abandoned well and requires you to cast the Reveal spell to see.

This card is for Daimon Hellstrom, who watches over Hell with his trident. It is located directly north of the previous card.

This card represents Deadpool, the merc with a mouth. He is coming in the future as DLC as well. You need all four Words of Power to access this location.

Despite the name of the card, don’t be fooled. Doctor Doom isn’t somebody who favors simple parlor tricks, despite his card lying in plain sight once you use the Break power to access this room.

This card doesn’t represent a single hero but is meant for Stark Tower, home of Tony Stark and his superhero friends.

Finding all 22 Tarot Cards will unlock the Salem combat suit. This suit comes with the passive ability called Salem’s Savior. This passive grants you a 50% chance to draw another card when you KO a demon during battle.