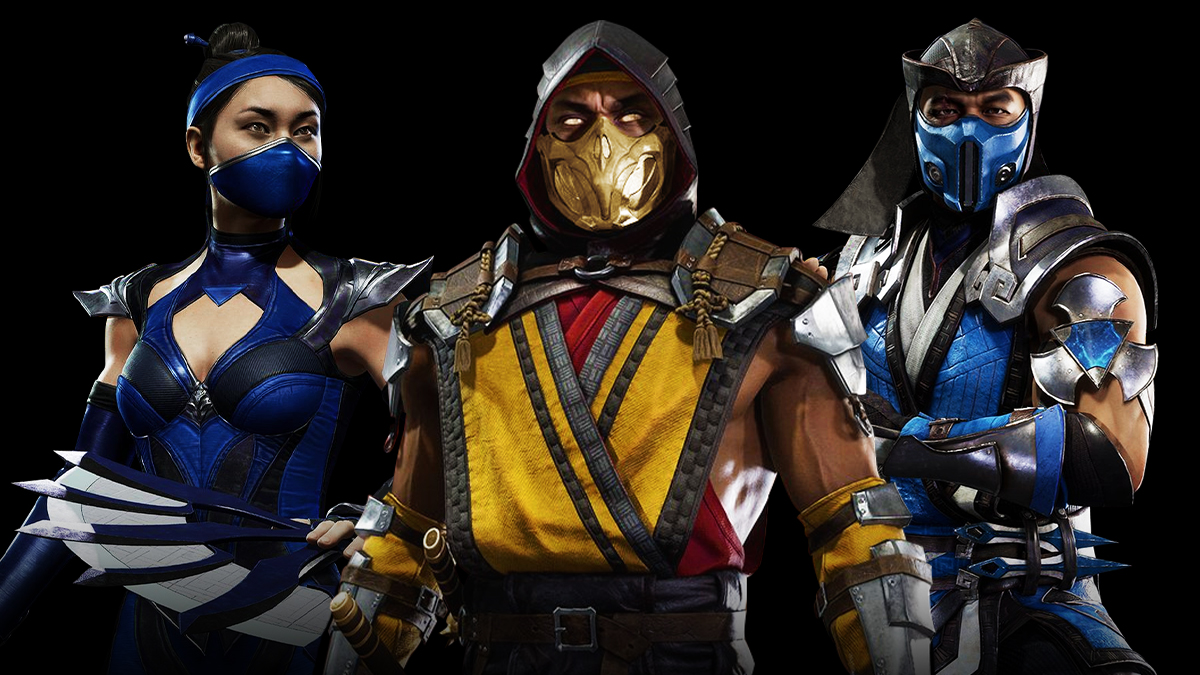 The Mortal Kombat roster is massive, but you can subdivide it into smaller groups. Ninjas, cyborgs, and other archetypes have been battling each other for years, but how do they stack up? We’ve ranked all of the series’ ninjas here, from the beginning of the series through Mortal Kombat X, when the two newest ones made their debut. Where does your favorite land?

Related: The 5 best female characters in the Mortal Kombat series

Mortal Kombat is known for its palette-swapped characters, and Khameleon is a gender swap of a palette swap. In the end, that leaves her as a pretty unremarkable character.

Khameleon is the “girl version” of Chameleon, who isn’t particularly interesting to begin with. The absence of color means he can blend into the environment, but it also leads to an absence of personality.

Smoke is the ninja in black — the one who isn’t the much cooler Noob Saibot. To be fair, he’s also a cyborg, but that’s about all he has going for him.

Rain has a more regal appearance than many of the other ninjas, which gives him an edge over some other palette swaps. He was also teased in Mortal Kombat 3, being visible during the arcade cabinet’s attract screen but not actually usable until the Ultimate version.

It’s easy to just label Ermac as “the red ninja.” He certainly is, but his place in the Mortal Kombat timeline has made him more interesting over the years. The series is full of rival factions, but Ermac has managed to stay largely neutral, switching sides whenever he feels it’ll better help him find a proper ruler for Outworld.

Frost also falls into the category of “female version of an existing character,” being an apprentice to Sub-Zero. However, her story takes some interesting turns, featuring a confrontation with her own master and her reconstruction as a cyborg.

Tremor is actually the most recent playable character on this list. Though he appeared in earlier games as a basic brown ninja, his first time as a real contender was as a DLC fighter in Mortal Kombat X. That freshness, combined with cool earth-based powers, elevates him above some of the other palette swaps.

Originally a red palette swap for the female ninjas, Skarlet was later retconned to be her own unique character. She’s an Outworlder with an obsession for blood, and in a gory series like Mortal Kombat, that puts her right at home.

Similarly, Tanya was originally a yellow ninja, but even in her first appearance, she differentiated herself by fighting without a mask. Her backstory makes her a more tragic figure too: she serves Shinnok, but mostly just as a means of survival.

Takeda debuted in Mortal Kombat X, making him one of the freshest faces on this list. He’s the son of swordfighter Kenshi, but he battles using a variety of ninja weapons in addition to plasma-charged swords. In a list full of copycats and palette swaps, Takeda manages to have a strong identity of his own.

Reptile is the original secret Mortal Kombat character, but the green ninja he was back then was only the beginning. He might technically be a palette swap, but he’s also the only one of his kind. He’s faithfully served Mortal Kombat’s villains for years, hoping to someday find another reptilian being like himself.

While the male ninja palette swaps can get tiresome, the female side is actually quite interesting. Green-garbed Jade is a lifelong friend of Princess Kitana, and she wound up becoming fierce rivals with Tanya.

The easiest way to think of Mileena is as the “evil version” of Kitana. She’s a clone of the princess fused with a Tarkatan, so there’s a mouthful of terrifying teeth under that purple mask. The clash between Kitana and Mileena often rivals that of Scorpion and Sub-Zero.

Here we have the original lady ninja. Kitana is not only a powerful fighter but a ruler too. By the end of Mortal Kombat X, she’s paired up with Liu Kang as a warrior responsible for the preservation of the series’ timeline.

There are lots of palette swap ninjas, but only one Noob Saibot. In fact, he was also the original Sub-Zero before dying and being reborn as the black-cloaked ninja. Clearly, NetherRealm has a lot of love for him, since his name references the series’ creators (it’s Ed Boon and John Tobias’ surnames spelled backward).

As mentioned above, the original Sub-Zero is now known as Noob Saibot whose birth name is Bi-Han. The modern version of the character is Saibot’s younger brother Kuai Liang who took up the mantle, became the Grandmaster of the Lin Kuei, and continued the long-running rivalry with Scorpion.

Sub-Zero’s fiery rival just barely edges out the competition for the top spot. Why? Mortal Kombat is known for many things, but Scorpion’s “get over here” catchphrase is just as ubiquitous as “finish him” and “fatality.” It’s what literally and figuratively hooked many MK players.