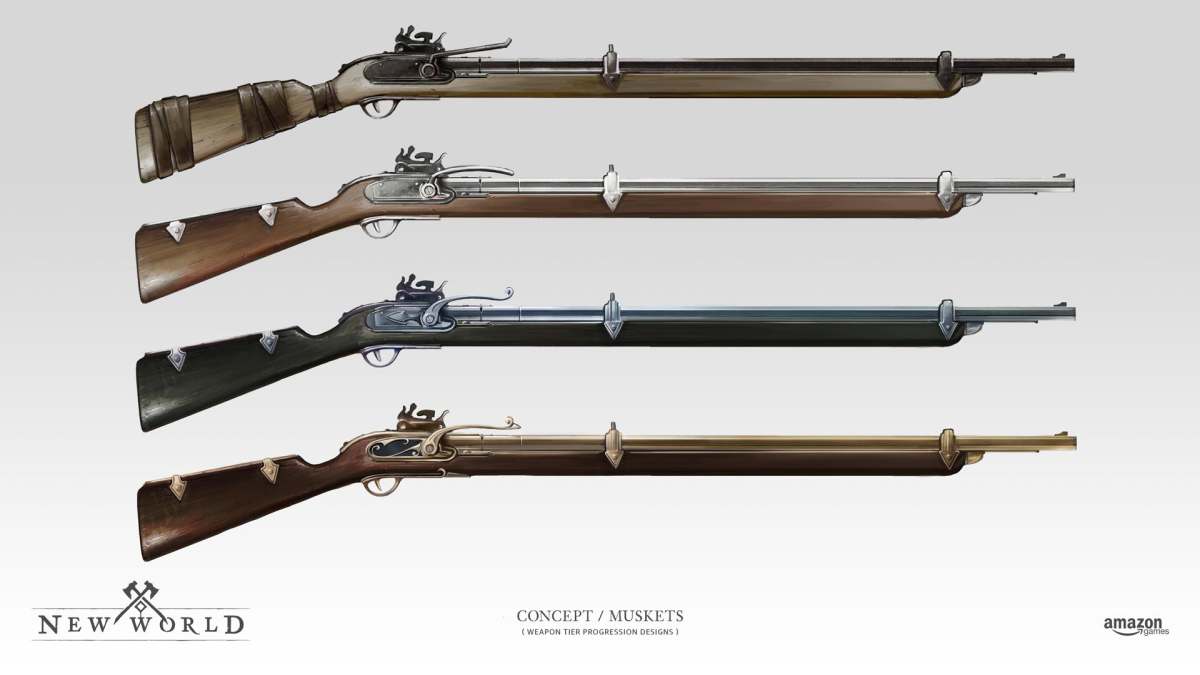 Weapons are the lifeblood of New World, each player’s chosen weapon determining what abilities they can use, what stats and equipment they should focus on, and what activities they can tackle. The game’s current selection includes 11 weapons, and several others have been featured in developer streams or otherwise teased. We expect to see most if not all of the weapons listed below make their way into New World after the game’s official release.

The Pistol was a New World weapon included in the game’s earliest builds before public alpha tests began. Almost nothing is known about the Pistol, though we can expect it works similarly to the Musket, albeit with abilities more focused on close-quarters combat.

Daggers are a New World weapon shown in developer streams, though only on the inventory screen and never in use by a player. It is implied Daggers are used as a set of two, and we anticipate they will scale off Dexterity. Some content creators have speculated that Daggers abilities would revolve around stealth, mobility, and misdirection rather than direct damage.

According to datamined, the Void Gauntlet is a high damage melee weapon that likely scales with Intelligence. The weapon has many interesting traits, including a lifesteal ability. It should be noted that datamined information in games is notoriously unreliable, as it often pulls from discarded or experimental code and assets that are not actually slated for release. Take the Void Gauntlet information with a huge grain of salt.

The One-handed Mace is just that, a Mace held in one hand. The cool thing about this weapon is that it may give New World players another weapon type to use a Shield with. Currently, Shields are exclusively carried with Swords.

A Zweihänder is a must-have in any self-respecting fantasy MMORPG, and New World currently doesn’t have one. Players have noticed two-handed swords in promo images for New World, and some AI enemies use them, which fuels the hope that such a weapon will be added to players’ arsenal in New World at some point.