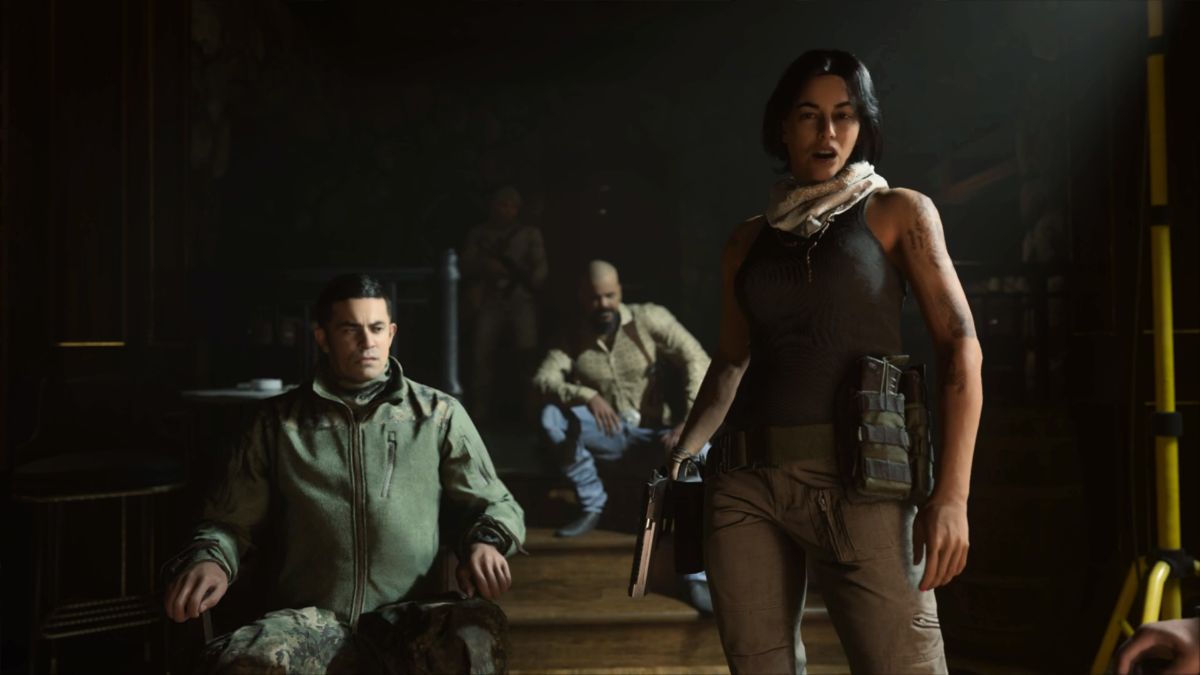 El Sin Nombre is the 11th mission in the Call of Duty: Modern Warfare 2 campaign, and takes place at Diego’s mansion in Las Almas, Mexico. Diego is a cartel lieutenant and you, playing as John “Soap” MacTavish, are hoping he’ll lead you to Hassan Zyani in return for intel. However, Diego has a visitor in the form of an even higher ranking cartel mini-boss named Valeria (played by voice actor María Elisa Camargo), and it quickly becomes clear who has the biggest cojones in this house. Valeria immediately begins interrogating you at knife-point, and if you don’t give her the answers she wants, she won’t hesitate to kill you.

How to answer Valeria’s questions correctly

Shortly before the interrogation, you discover that the guards bringing you in are actually your Mexican Special Forces allies in disguise, and Alejandro makes it very clear to you that you absolutely must tell the truth, the whole truth, and nothing but the truth. And, to survive Valeria’s interrogation, you have to do just that. She already knows more than you may realize, and if you try to tell a lie, she’ll know it immediately, and she’ll kill you.

Related: How to get the Little Caesars in-game rewards in Call of Duty: Modern Warfare 2

Valeria tells you that recently her organization was protecting a friend in the mountains when someone attacked them. She wants to know who, so her first question is…

She’s referring to the events of the Borderline, Cartel Protection, and Close Air missions, and those operations were led by Alejandro and the Mexican Special Forces, so tell her the truth. The correct answer is,

“It was Mexican Special Forces.”

The outsiders she’s talking about are the members of the Private Military Corporation, Shadow Company (the guys in the AC-130), so the correct answer is,

Valeria doesn’t know whether or not this is true, so she asks for proof. Fortunately, Graves gave you his Shadow Company insignia, and you have it in your pocket. Speaking of Graves, Valeria’s next question is about him.

Graves is indeed the leader of Shadow Company, and Alejandro told you to give them the names of anyone they ask about. So, the correct answer is,

While Diego chuckles at the “fill graves” pun, Valeria is more interested in what Graves actually wants.

What does he want?

All three of the options here are important mission targets, but ultimately it’s all about those weapons of mass destruction, so the correct answer is,

Provide these four correct answers and Valeria will trust you enough not to kill you for now. Things don’t end well for Nunez sitting opposite you, though. He probably should have checked a Gamepur guide before the interrogation.