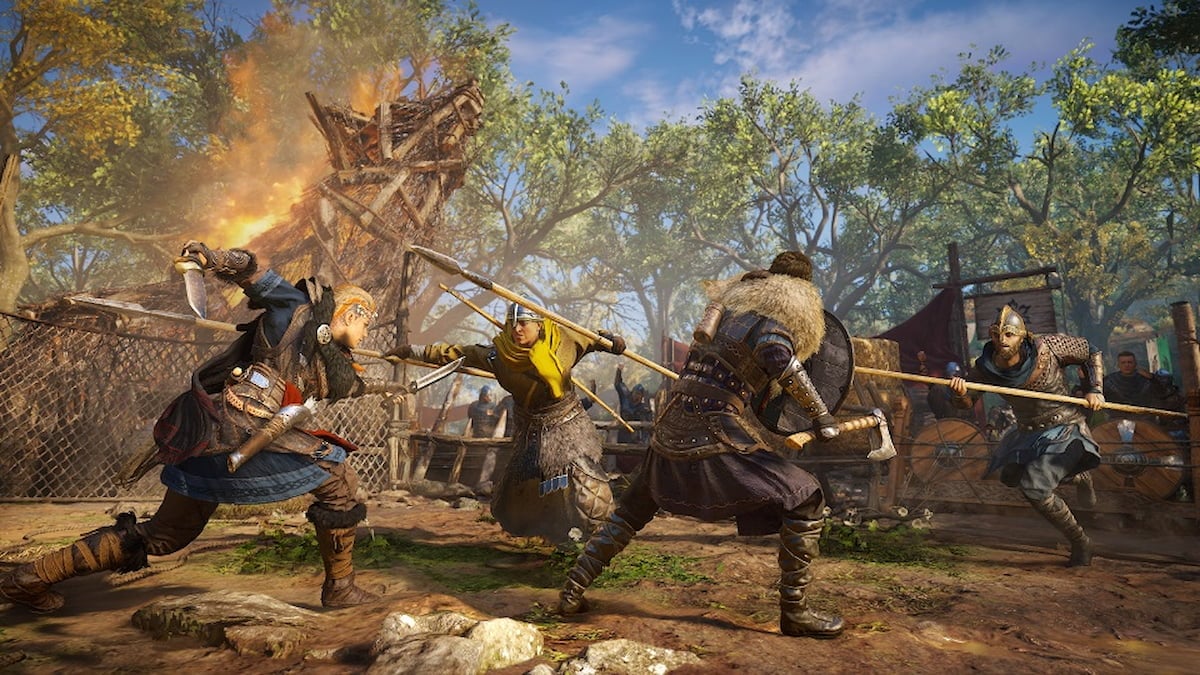 The Sigrblot Festival in Assassin’s Creed Valhalla is an excellent time to prepare with your clan before releasing the upcoming expansion pack, The Siege of Paris. In it, Eivor and the Raven Clan will be attacking Francia, leading their forces to deal with a new continent. One of the activities you can do during the Sigrblot Festival is work on the quest The War Effort, increasing overall morale for your troops, and earning festival tokens. A way to raise the quest’s progress bar is to locate three war letters hidden in the area. This guide shares all war letter locations for the Sigrblot Festival in Assassin’s Creed Valhalla.

The quickest way to find all three of the war letter is to be right at the center of the Sigrblot Festival and use you Odin’s sight. You’ll be able to pick out the letter’s locations pretty quickly, making it easy to find and collect them.

The first letter is near the bonfire, next to the ale kegs close to the shrines of the three gods.

The second letter is in the ale keg stall right behind Norvid, next to a pair who are at a table, drinking an ale.

The third and final war letter is sitting on an anvil, immediately behind the giant bonfire at the center of the festival.

After collecting all three war letters, you can check your progress in The War Effort quest to make sure it’s been updated and review your progress bar.