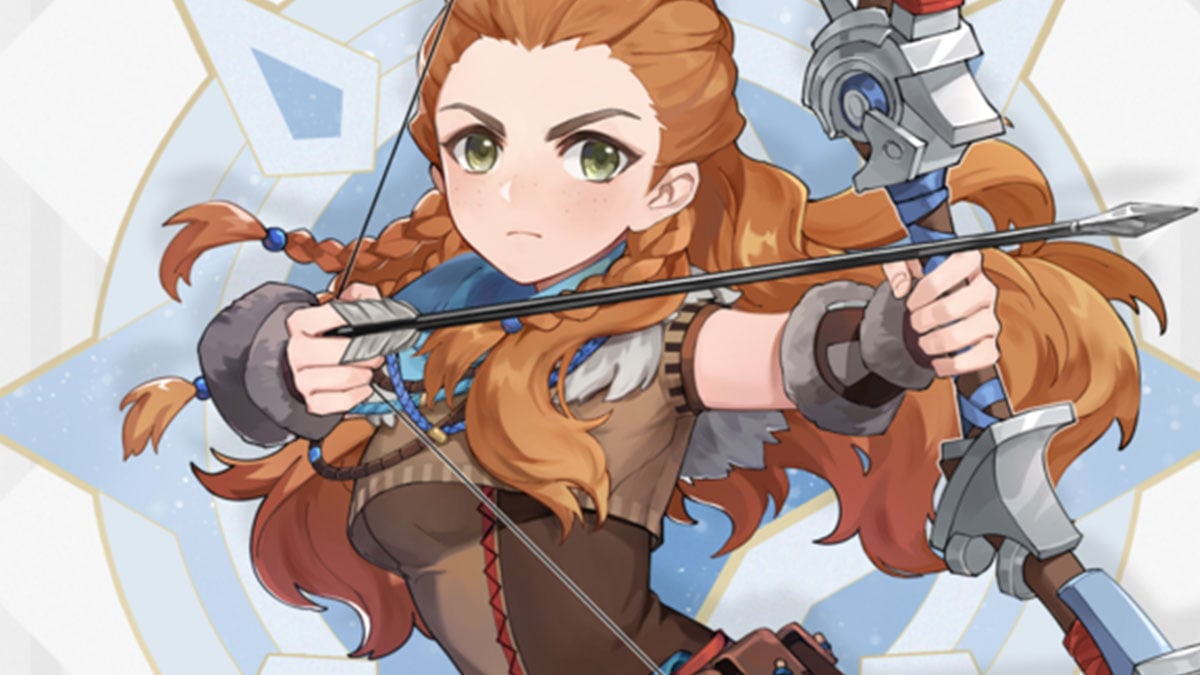 Aloy, the hero from PlayStation’s hugely successful Horizon Zero Dawn is making her way to Genshin Impact. She will be the game’s first crossover character and will be available for free to all players. Aloy is a bow user, who has found a Cryo vision so you can expect to freeze your enemies in place.

To get Aloy during Genshin Impact 2.1, players will need to play on PlayStation and be Adventure Rank 20 or above. If they are, they will receive Aloy for free in a in-game mail when they log in after update 2.1 arrives. They do not have to do anything, and this will happen automatically as long as they are above Adventure Rank 20.

On PC and mobile, players will receive Aloy for free in update 2.2, once again via an in-game email, without the need to do anything other than download the update, log in, and be Adventure Rank 20.

Aloy throws a freeze bomb that explodes on impact, dealing Cryo damage. After it explodes, the freeze bomb splits into several Chillwater Bomblets that explode on contact with opponents or after a short delay, also dealing Cryo damage. When a Freeze Bomb or Chillwater Bomblet hits an enemy, the opponent’s ATK is reduced and Aloy receives 1 Coil Stack.

Each Coil stack increases Aloy’s Normal Attack damage, when she gets 4 stacks, they are all cleared to put her in the Rushing Ice state, which gives a further increase to her damage during normal attacks, and converts them to Cryo damage.

Aloy throws a Power Cell filled with Cryo at the targeted area, then pierces it with an arrow causing a Cryo explosion.

Unknown at this time.

We know that you need Teachings, Guides and Philosophies of Freedom to level up Aloys talents, in conjunction with Spectral Husk, Heart, and Nucleus. We do not know the volume per level at this time.