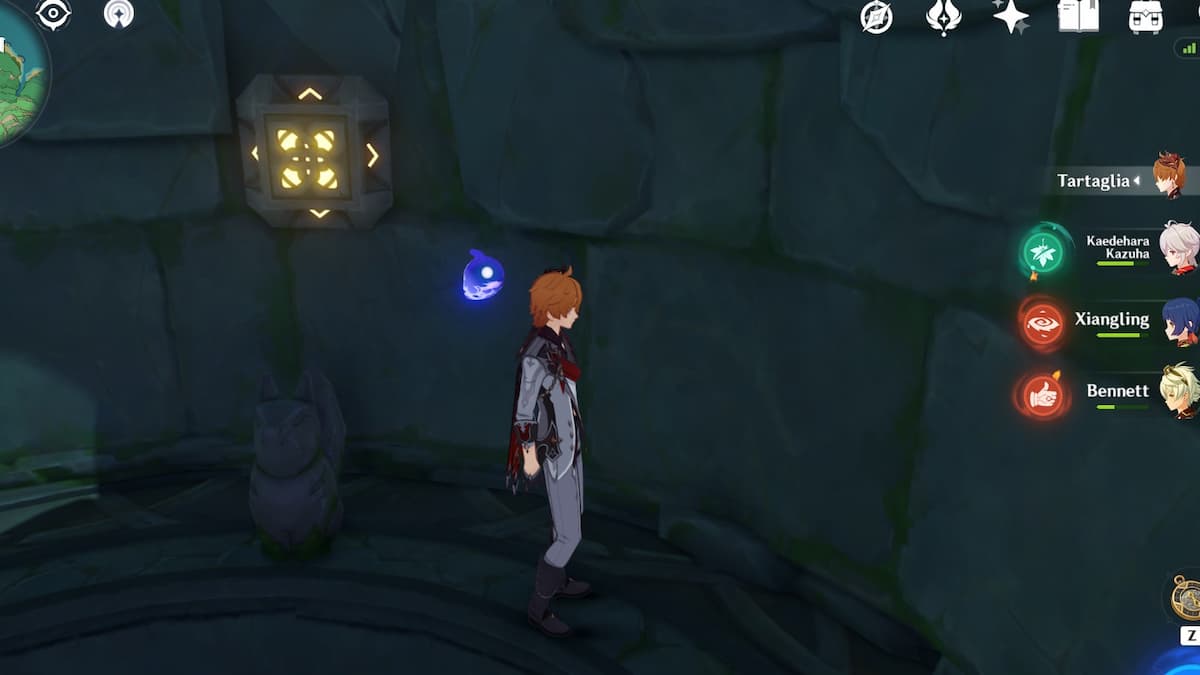 The Amenoma Kageuchi is a free four-star sword weapon in Genshin Impact and is likely one of the best free-to-play options in the game. But such a strong weapon can only be obtained by jumping through some hoops.

First, travelers must head to Jinren Island to start the world quest: A Farmer’s Treasure. Head to the top of the mountain in the center of the island. There, you must save a trapped man stuck in a cage. You’ll have to do some fighting and find the key, which should be stuck at the top of a tree near the cage.

After freeing the man, your next task is to obtain four Old Stone Slates found in different places in Inazuma. Find the first Stone Slate near the Kamisato Estate. You’ll find it underneath a purple tent. You can find the next two Stone Slates in Araumi. Note, you need the Memento Lens to proceed in this area. Without them, you won’t be able to obtain the Stone Slates.

Use the Memento Lens to scan the fox shrine in the well by Araumi. You’ll gain access to a secret underground area where you can find the other two slates. Head left to find a hole in the ground, leading you to a submerged area of Araumi. Keep going left, go up the nearby staircase, and you’ll find the Stone Slate near a mountain of dirt. Solve the puzzle nearby, then head to the Teleporter Waypoint that unlocks. The next Stone Slate is by the shipwreck.

The final Stone Slate is in Konda Village. There’s a well there you can go down, provided you cleared the prerequisite quest. If you head to the lowest level, there will be an Electro Barrier you can pass through. Pass through the barrier to reach a hidden room, where you’ll find the final Stone Slate.

Go back to Jirou. He’ll send you to a waterfall in Araumi to find another item, but after exploring, you’ll find it’s not there. Return to Jiren Island, and Jirou will be caught once again. Free him one last time, and he’ll give you a key. It will unlock a nearby trapdoor which will take you to a final puzzle you have to solve. Fortunately, it’s not hard at all. You just have to step on all the tiles without stepping on them twice.

You’ll be able to clear the quest from there. At the conclusion of the quest, you’ll obtain a blueprint for the Amenoma Kageuchi, which requires a Northlander Sword Billet, x50 Amethyst Lumps, and x50 White Iron Chunks.

Is the Amenoma Kageuchi any good?

The Amenoma Kageuchi is a good weapon for burst supports who have Elemental Skills on low cooldowns and have Energy Recharge requirements. It’s a good F2P option for Jean, due to the low cooldown of her Elemental Skill. You can also put it on a Kaeya if you don’t have a Lion’s Roar or Festering Desire.

It’s not recommended to use this weapon on Bennett. The ATK buff on his Elemental Burst scales off of Base ATK, and so the Prototype Rancour will provide more utility in the end due to the Amenoma Kageuchi’s low Base ATK stat.