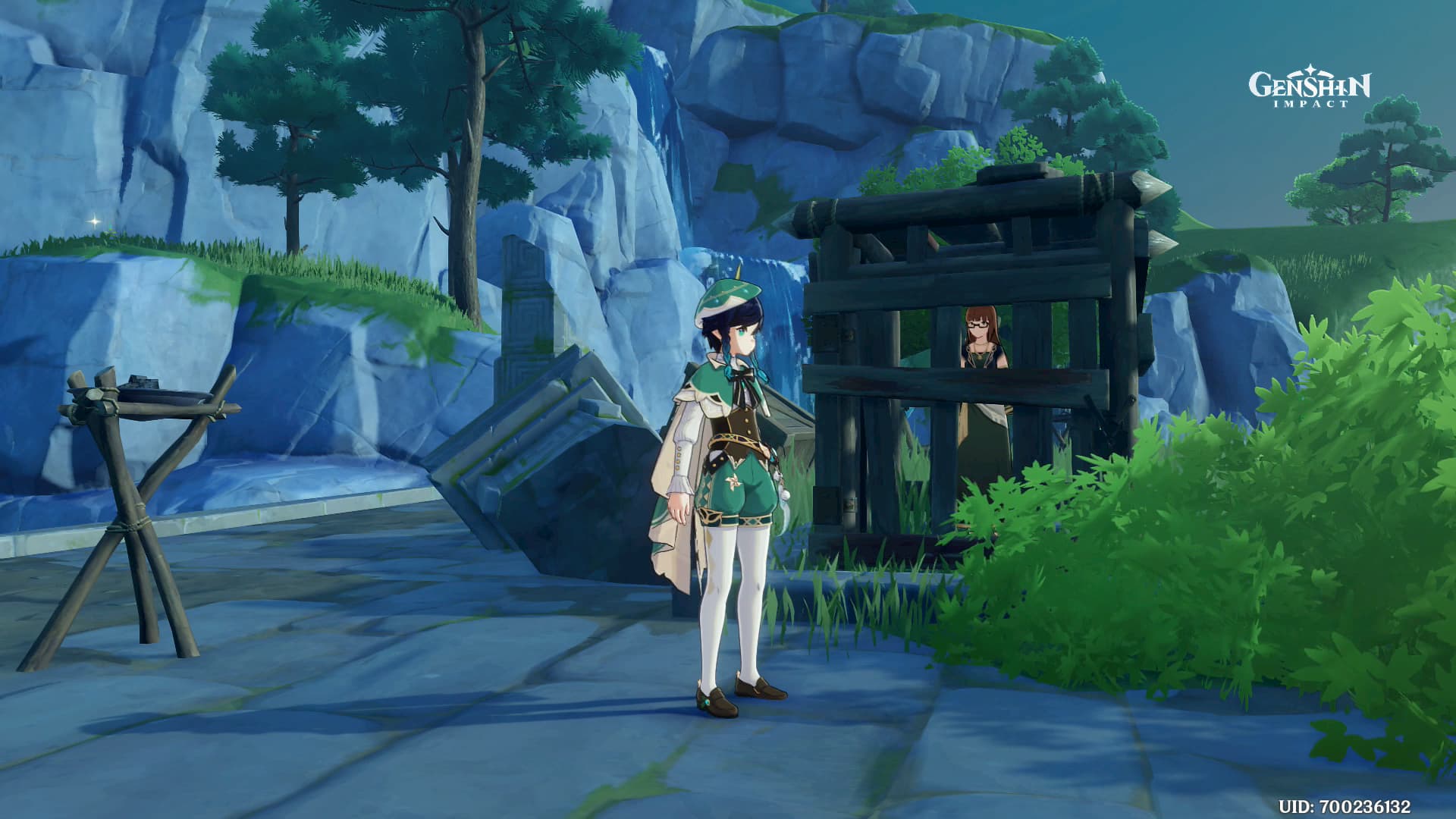 And The Treasure Goes To is a quest that you can find as you explore the Liyue region in Genshin Impact. Near the Lingju pass, on the eastern side of the pool, you will find a poor lady who has been trapped in a cage.

The first part of the quest involves actually getting her out. To do this you will need to take out a large group of Treasure Horders. These can be tricky enemies, throwing lots of different spells at you, so make sure you use plenty of dashes to switch positions.

When they have all been defeated, a nearby chest will open and you can get a key for the cage that the lady is trapped in. She will explain that they locked her in there because she would not reveal the location of some treasure, but it is yours to have as a reward for saving her. She doesn’t have an exact location, only a clue that involves a large tree.

If you look down into the pool of water, you will notice there is a central island with a massive golden tree on it, and this is where you need to go. You should have no issue gliding to it, but be careful when you get there are multiple Skirmishers will appear. You don’t actually need to fight these guys if you are too low level, and instead can just grab the treasure which will be found near a small headstone right beside the tree.

If you are strong enough, take out the Skirmishers as you can never have too many Insignias, but if not just grab all the treasure off the ground and then make your escape.