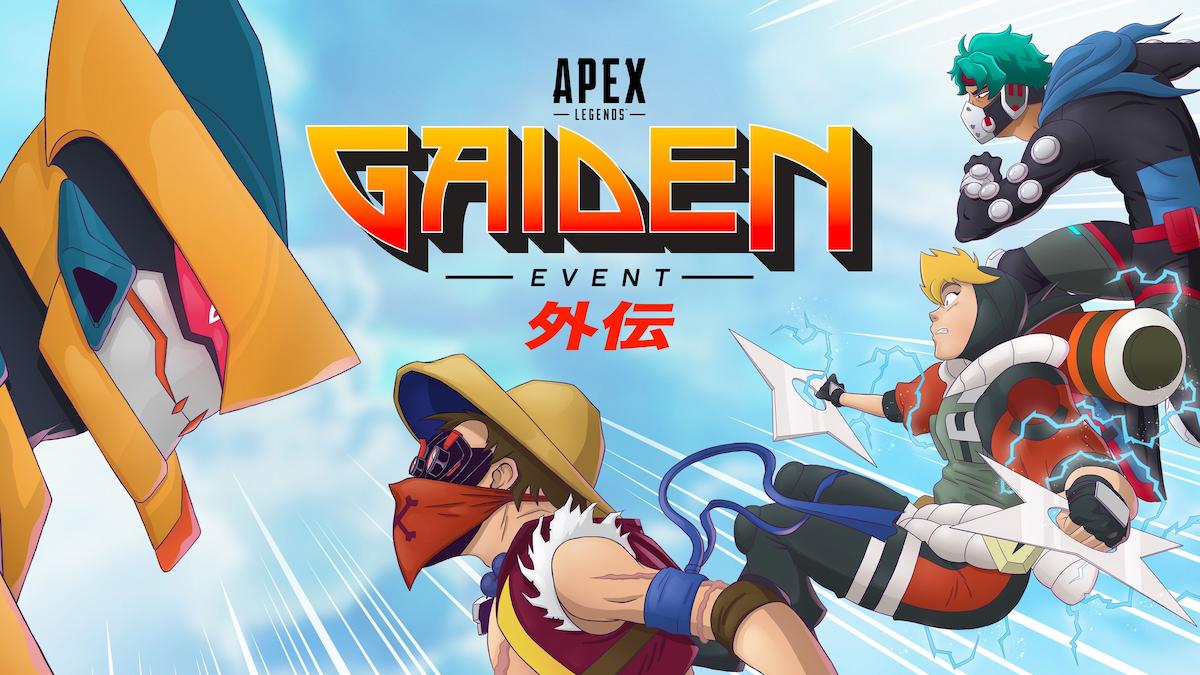 For its second collection event, Apex Legends Season 13: Saviors looks toward mainstream anime for inspiration behind its upcoming Gaiden Event. Those who participate will see the arrival of brand new anime-themed Legend skins, weapon skins, and frames. Gaiden is also scheduled to bring back one cherished mode that emphasizes everything but medium-range combat. Here’s what you need to know about the season’s biggest event yet.

What is the start date of the Gaiden Event in Apex Legends?

The Gaiden Event is set to begin on July 19 and is expected to go live as soon as 1 PM ET. Surprisingly enough, this will likely be the last major event of Season 13 with it lasting until August 2 — five days before the season ends. Players wanting to see everything Gaiden has to offer should look to login during each week, as the store will be refreshed with rare gear on July 19 and July 26.

What modes will come with the Gaiden Event?

Similar to recent events, Gaiden’s debut also marks the day another limited-time game mode arrives. This time around, players will see the Armed and Dangerous Battle Royale return for the first time since Season 3. The LTM shares much of the same ruleset seen in standard BR modes, though its loot pool is entirely made up of shotguns and snipers. Armed and Dangerous will also have a map rotation which includes World’s Edge, Olympus, and Storm Point.

Players thriving in Armed and Dangerous even have the chance to earn exclusive cosmetics. During each week of Gaiden, the game mode will feature different reward trackers players can progress through by earning eliminations, assists, and wins. There are a total of 18 different items offered by the trackers, including a free Fuse skin, weapon skin, and Gaiden Event Pack.

Saving the best for last, Gaiden will provide players with yet another collection menu that includes a total of 40 cosmetics. Although these can be found in Apex Packs, players can purchase special Gaiden Event Packs with Apex Coins or Crafting Materials for at least one guaranteed collection item. The most notable of the 40 cosmetics are no doubt its anime skins which include a One Piece-inspired getup for Octane and a Wattson outfit that is modeled after Naruto.

These cosmetics alone arguably make Gaiden one of the best events thus far, though the goodies don’t stop there. Players able to complete the entire event collection will be gifted Bangalore’s Prestige skin, a cosmetic that can be upgraded twice by completing its given challenges. Those chasing after the Prestige skin will need to act fast, as it will only be available in the Mythic Store for 150 Heirloom Shards once the event is over.