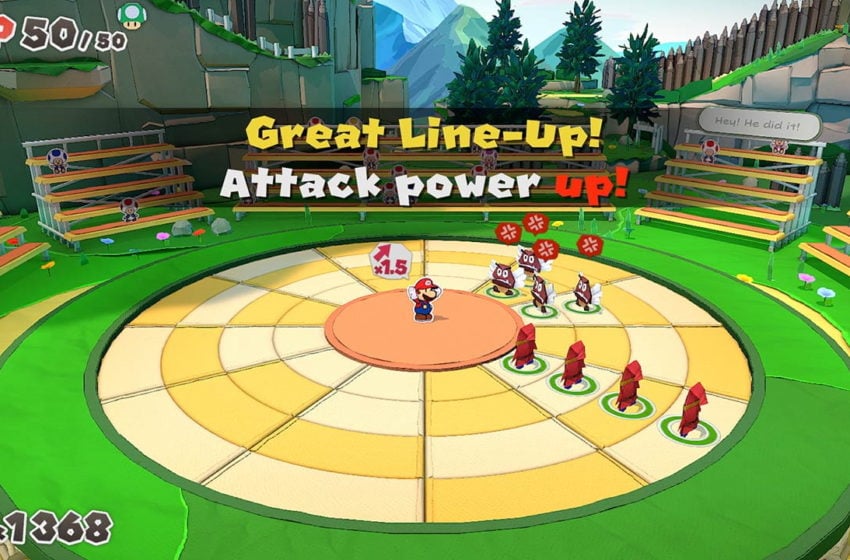 Companions have been a big part of the Paper Mario RPG series. These colorful cast members assist Mario in several tasks as they traverse alongside him, giving him an advantage in combat. The first videos of Paper Mario: The Origami King showed Mario traveling the world with a new partner, Oliva, the sister of the evil Origami King himself, King Ollie. But will additional companions be helping Mario during his journey?

Nintendo had officially confirmed the addition of companions, and many Paper Mario fans speculated their return on Reddit. But now, we have official confirmation that Mario will have an array of companions he will engage with along the way, and they will assist him in combat.

In the recent video posted above, we meet several notable characters that will show up in Paper Mario: The Origami King. The first is Olivia, who had already been confirmed as a traveling companion and appeared to be the most prolific one Mario meets. The next is Bobby, the Bob-omb, who has lost his memory, Professor Toad, who specializes in ancient history, along with notable villains like Kamek, Baby Bowser, and Bowser himself who has been folded down into a piece of origami.

Olivia and the named villains Mario will encounter, appear to have the most influence in the overarching story of The Origami King and the most appearances outside of battle. We see Bobby making a brief attack against an enemy in the video, but have not seen what the other companions are capable of. Each will likely have a unique advantage during a battle, and could greatly influence how the ring-based combat works.

Paper Mario: The Origami King officially launches on July 17, exclusively for the Nintendo Switch. You can preorder your copy today.