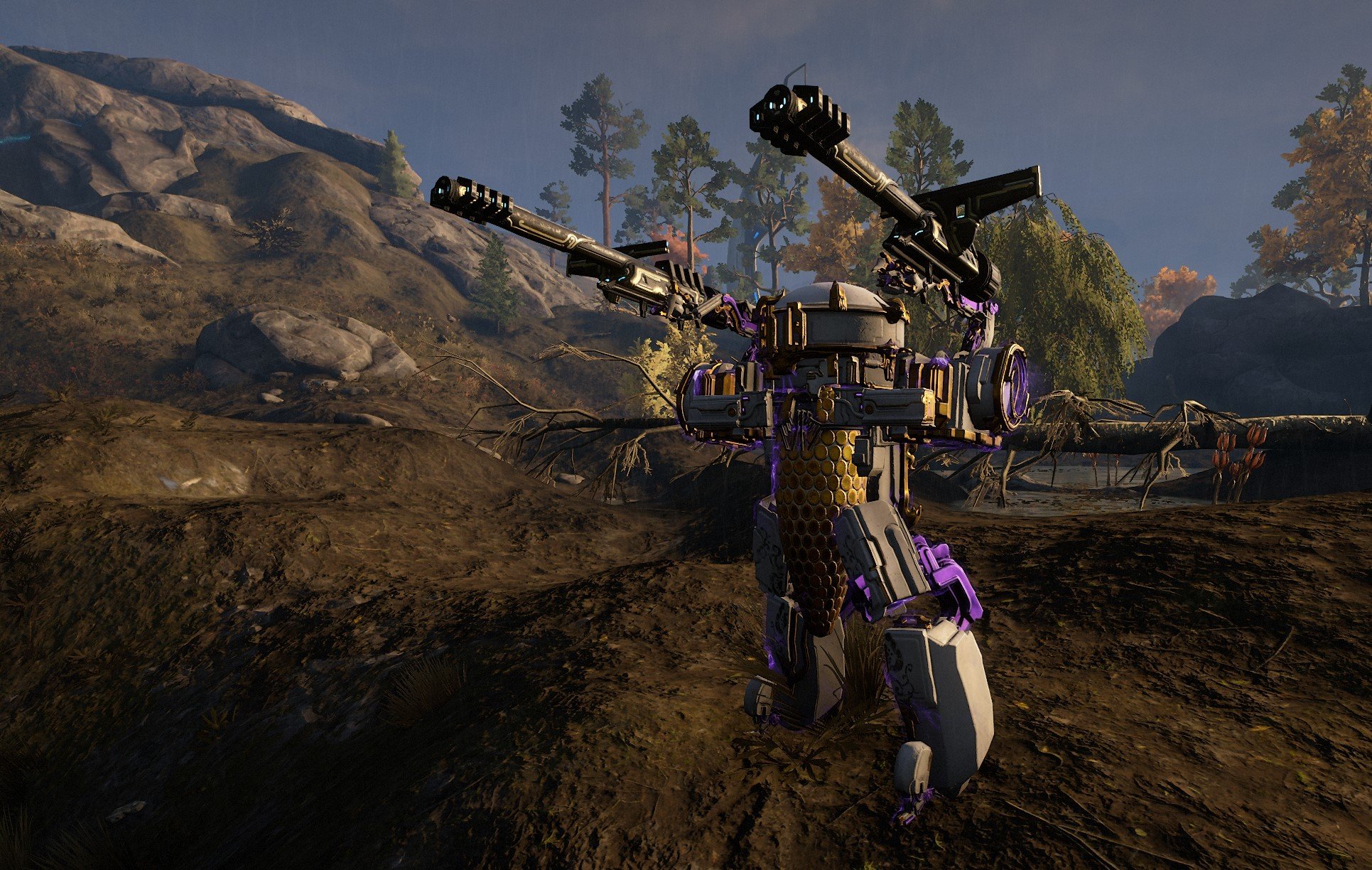 The Arquebex is Entrati designed dual heavy mortar that comes on your Necramech. It is the fourth ability on your Voidrig Necramech, causing the clockwork colossus to hunker down, sprout two massive guns, and proceed to nuke everything on the screen.

The Arquebex does innate Blast and Heat damage, has high critical hit chance, a huge critical hit multiplier, and a high status chance. It will throw out an insane amount of damage per shot, with three-quarters of that being Blast damage. It is, in every sense of the word, completely silly.

That said, being silly is no reason to not get stupid, and with the right build, you can do just that. We can’t take any credit for this particular build, as we discovered one thanks to a video from MCGamerCZ, one of our favorite Warframe Youtubers. We tried this build and agree that the damage output is just preposterous right now.

The only downside to this is that the Arquebex takes Archgun mods, so if you haven’t been farming a lot in Archwing missions, you may not be able to get close to this build.

If you check the video above from MCGamerCZ, you will get to see this build in action as it absolutely melts Eidolons. This pretty much speaks for itself. You can more than likely expert a nerf in the near future.