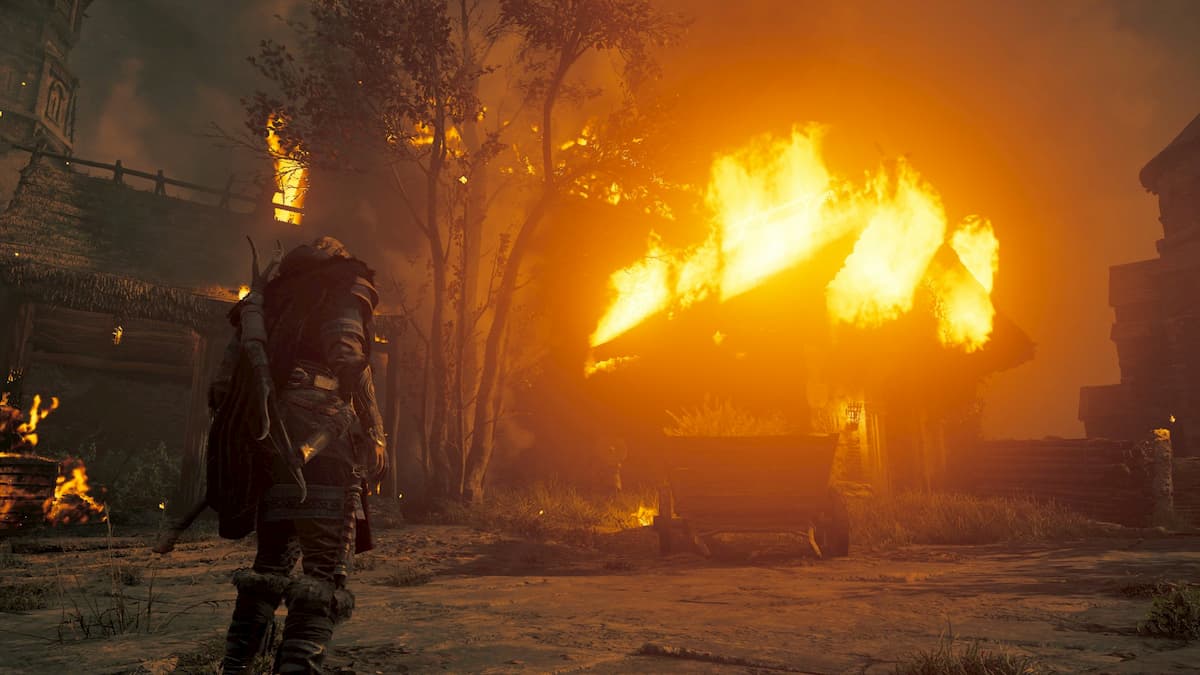 Assassin’s Creed Valhalla is absolutely packed with side stories to explore. While many are insightful and eye-opening, including those added with the Yule Festival, The Devout Troll is downright disgusting. If you’ve come across this World Event and are having trouble completing it, read on for our spoiler-free guide.

Where to find The Devout Troll world event

For those who haven’t found the quest yet, and those who need a reminder having walked away, leaving it unfinished, this World Event is in Grantebridgescire. You’ll know you’ve found it because you’ll see what looks like a holy man sat on a stool outside of his house.

Step 1 – Listen to the monk

As you approach, the man on the stool will tell Evior how they should to repent for their barbaric ways and follow the one true god. The man, who appears to be a monk at this point, will explain how he once used to be filled with anger, but now he’s free from rage because he knows everything he owns actually belongs to god. Eivor will talk with him, but it’s never made clear how you complete the quest.

If you walk around the house, you’ll find a locked door, but there’s no key in sight. That’s because the monk is sitting on it, and you need to figure out how to make him stand up.

The clue is in what the monk says. He tells Evior that destroying his possessions will not affect him, leading to the next step.

This step involves a lot of destruction. We’d argue that raids are less brutal than what you do to this monk.

First, smash every breakable object around and inside the house. The monk will insist that he feels nothing over his worldly goods being smashed and won’t stand.

Second, walk up to the cow, say a quiet prayer for its soul, and murder it. The monk still won’t stand and welcomes you to the meat from the mercilessly slaughtered animal.

Third, you have to set fire to the house. You’ll need at least one arrow (obviously) and some fire. To light your arrows, you can use the shrine outside of the house. Enough candles are burning there to envy the sun. Fire the arrow at the house’s roof and watch it burn.

After this final action, the monk will stand, revealing the key that lay beneath his buttocks this entire time.

Pick up that key and head for the door. The monk will follow you closely, but don’t worry. He’s not going to attack you.

Open the door and clam the loot. There’s something inside that may turn your stomach. Take it all in and head back outside.

Sept 4 – Deal with the monk

After coming back outside, the monk will fly into a verbal rage at Eivor. The argument gets so heated that the monk begins to attack. Kill him to ensure what was behind that locked door never happens again, and complete the World Event.