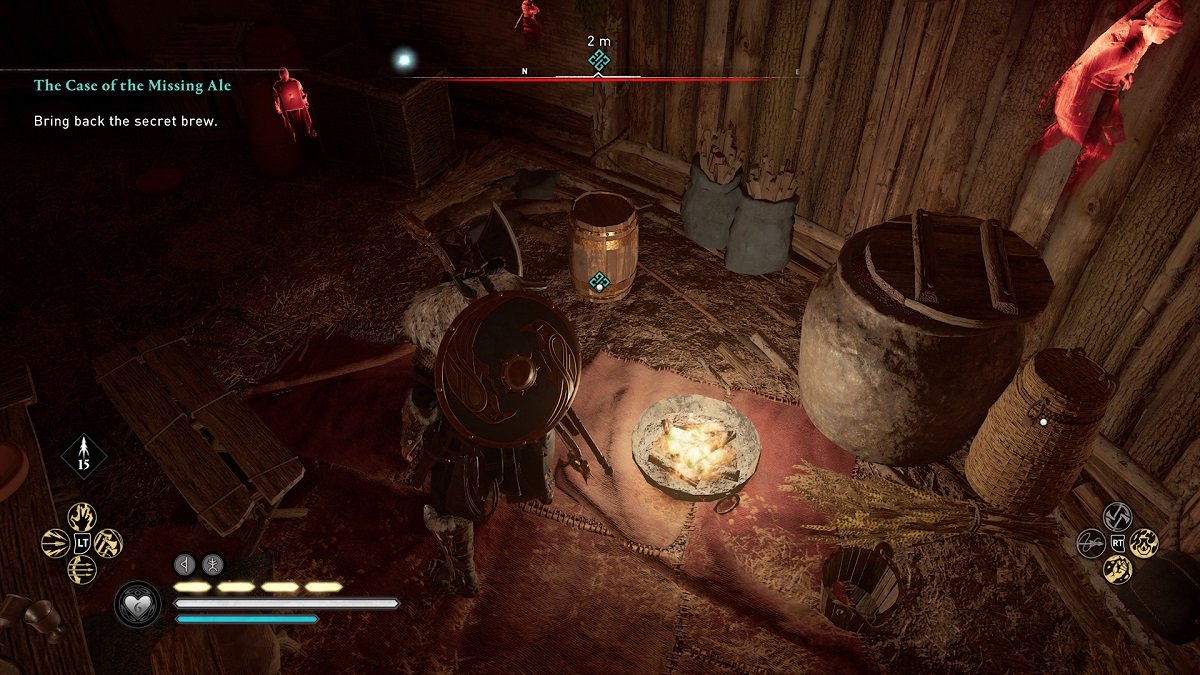 The Case of the Missing Ale mission is one of the many activities and quests available during Assassin’s Creed Valhalla’s Yuletide Festival update. Drinking yourself into a drunken stupor is a favorite pastime for Vikings, but you cannot revel in those festivities if the ale goes missing.

As its title suggests, that is the case with this quest. Someone has stolen Tekla’s brilliantly brewed special ale, and it is up to Eivor to recover it.

How to start the Case of the Missing Ale mission

To begin the quest, track it by highlighting it as your main quest from the Quests or Map tabs. You will find a reveler called Alwin in Tekla’s brewery, and he will explain that Tekla’s special brew is nowhere to be found. He instructs you to locate Ake, Tekla’s apprentice, to find out where it has gone.

You can find Ake on the island southeast of Ravensthorpe. The image below shows where his location is, so ride your horse or use your longboat to get there.

Ake will tell you that Saxon bandits robbed the ale from your camp. Ake is drunk, and he wants to exact revenge on the bandits by storming their nearby base. After a tense conversation, defeat Ake in a fistfight to convince him that’s not the best idea. He will agree to return to his boat while you retrieve the ale.

The bandit camp isn’t far from where you meet Ake. Head over and clear out any enemies along the way. You can stealthily take them out one by one or go in with your axe swinging and defeat everyone you see.

The special brew is being kept in a building lifted up from the swamp floor by stury wooden stilts. It is at the back of the camp, and you can see it in the distance in the image below.

Sneak towards the building and use Odin’s Sight to find its exact location. Jump through one of the open windows to avoid detection and grab the barrel. You must carry it to Ake’s boat, so you can either run for it or leave ale where it is until you have taken out the rest of the bandits.

Whatever you decide, carry the barrel to the shore where Ake is waiting. He will thank you for retrieving it and ask you to keep this a secret from Tekla. Drop the barrel next to Ake to complete the quest. You will receive 800 XP and some Yule Tokens for your troubles.