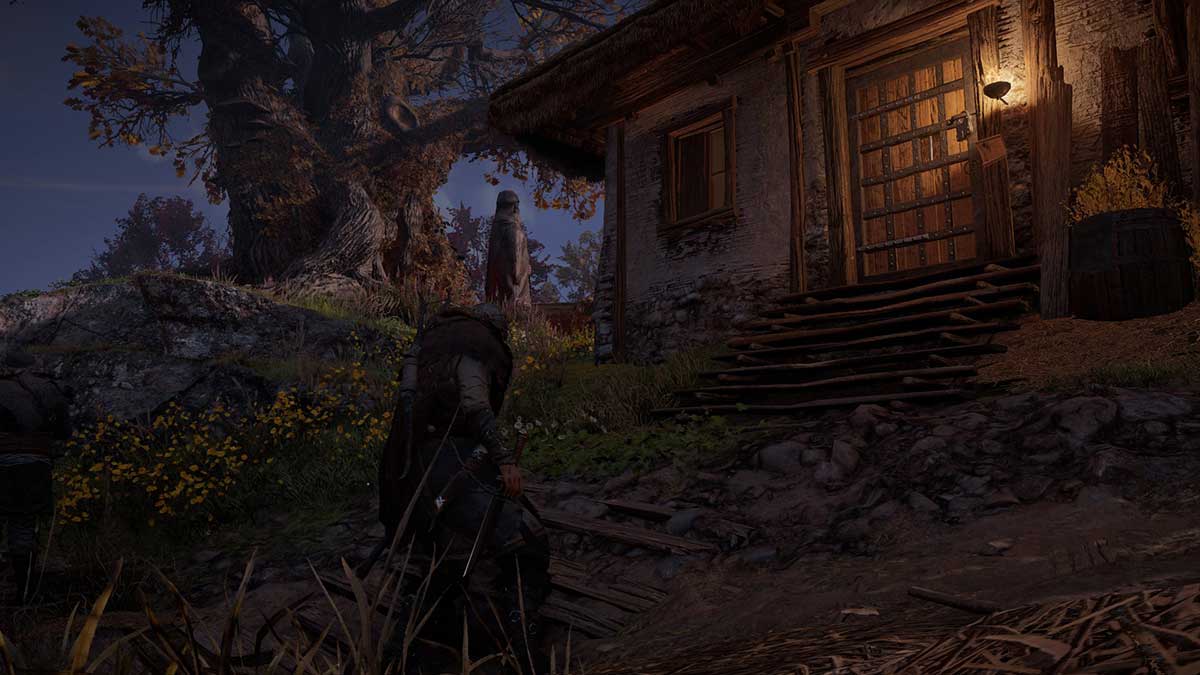 While exploring the picturesque region of Saxon England known as Ledecestrescire, you’ll soon come across the town of Repton. Just off the shore here, you’ll notice an island, and if you explore that island, you’ll find a man. This old warrior is called Skari, and he’s your starting point for The Old Guard World Event. Don’t worry — this one has a much happier ending than The Wound-Wands of Friends does.

Where is The Old Guard World Event?

Finding Repton on Assassin’s Creed Valhalla’s map is pretty easy. It’s in the region’s upper-left, and this particular World Event is on a small island just before the border between Ledecestrescire and Snotinghamscire.

As we mentioned above, you’ll need to head to the town of Repton and then travel across the water to the small island off the shore. Skari is there playing away on his harp.

Starting the World Event is straightforward enough. While you can’t interact with Skari directly, there is a bench opposite him that you can sit on. Doing this will start the World Event and trigger some dialogue between him and Eivor.

Skari will tell Eivor about how he’s been kicked out of his clan because he’s too old. After their conversation, Skari tells Eivor to head into Repton and take everything he used to own from his house. He’ll even provide the key.

This is where things get complicated. You aren’t given a quest marker for Skari’s house. Instead, he tells you that it’s close to the shore and has a tree next to it.

Travel back to Repton and stand on the shore. You should be able to see the colossal tree that takes up most of the skyline from where you’re standing. Head to that tree.

Skari’s house becomes obvious as soon as you approach the tree. It’s the modest dwelling that’s locked. There’s also a note pinned to the door with a knife, a charming reminder of why Skari was forced out of the town.

Once inside Skari’s house, you can collect the loot that he promised. However, upon discovering a box of poems, Eivor voices that the old man should have them with him on his island.

Now you need to pick up the box and take it to Skari. This is easier said than done because you need to traverse a large body of water with the box in hand. Luckily, there’s a boat down by the shore that you should be able to hop on. Drop the box on the boat and travel over as you normally would.

When you arrive on the island, you’ll need to drop the box on the floor and sit down on the bench opposite Sari once again. Now he and Eivor will have another conversation, and he’ll express immense gratitude for Evior for going out of their way for him.