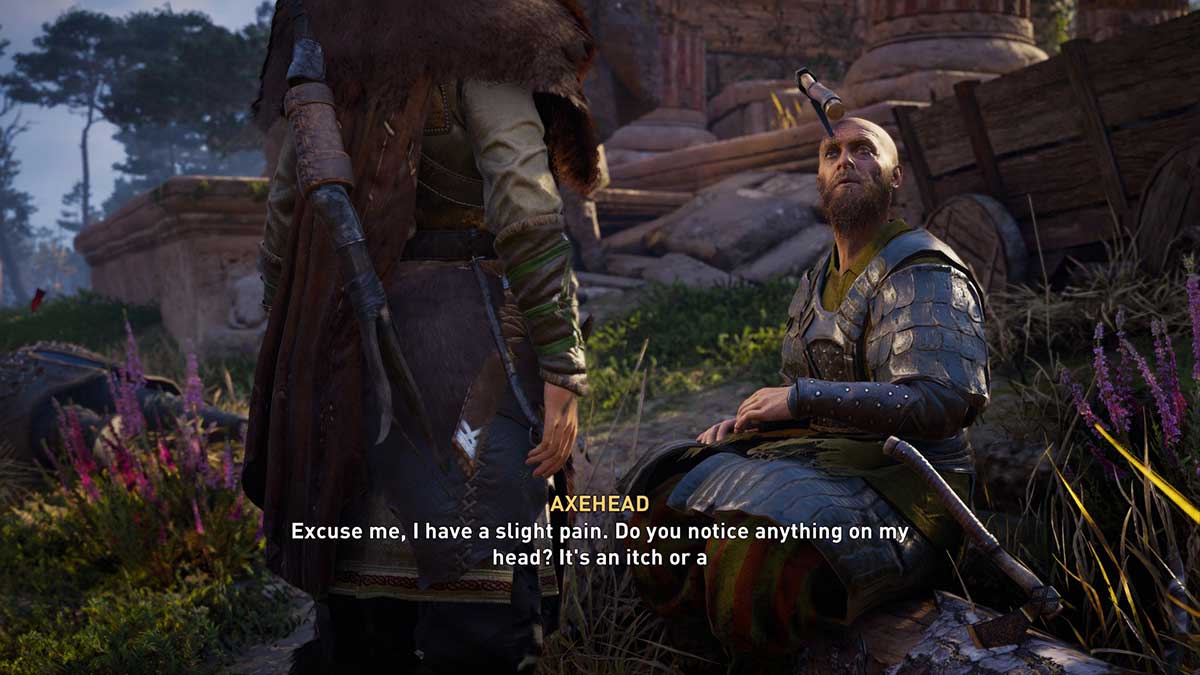 There are some World Events in Assassin’s Creed Valhalla that fill you with rage, and there are some that make you stop and question the point of all the brutality. In this guide, we’re covering one of the latter, The Wound-Wands of Friends. It’s one of the most talked-about World Events in the game, and here we’ll show you where it is and how to complete it.

Where is The Wound-Wants of Friends World Event?

The location of this World Event is in Grantebridgescire. It’s just next to the fast travel point between Medeshamstede Abbey and the Isle of Ely Monastery in Wycham.

How to complete the World Event

There’s nothing complicated about this World Event, but it is one that you should try to do your best to see all of. Once you’re at the aforementioned location, you should see a warrior sitting on a tree trunk. There’s nothing that differentiates him from any of the warriors on your own Longboat…unless you count the axe in his head.

Interacting with this warrior will reveal that his name is perfectly fitting, Axehead. He’ll ask Eivor if there’s a scratch on his head or something. He can feel a small pain but can’t quite put his finger on it.

You’re able to dance around the subject for a few dialogue options, should you want to. However, in the end, Evior comes clean and tells Axehead that there’s a bloody great axe stuck in his skull.

With that awkwardness out of the way, the pair decide that the best thing to do is for Eivor to remove the axe. They both realize that this will probably kill Axehead, but he says that he’s ready for the afterlife.

Don’t do it straight away

Axehead is an uncommonly chatty character. He’s got a lot to say to Evior before they remove his axe. He talks of his wife and child and how he and Eivor should go to a tavern and swap war stories. If you hold off from removing the axe until he’s finished talking, we guarantee that you’ll enjoy what he has to say.

When you do eventually pull the axe out, Axehead will fall to the ground. There’s no ceremony to it or even a decent reward. The only thing you get out of it is a good story to tell and the knowledge that at least he was told about his axe before he entered a tavern and made a fool of himself.

If you visit the site once you’ve completed the World Event, you’ll see the axe buried in the trunk as a reminder of this strange yet powerful encounter.