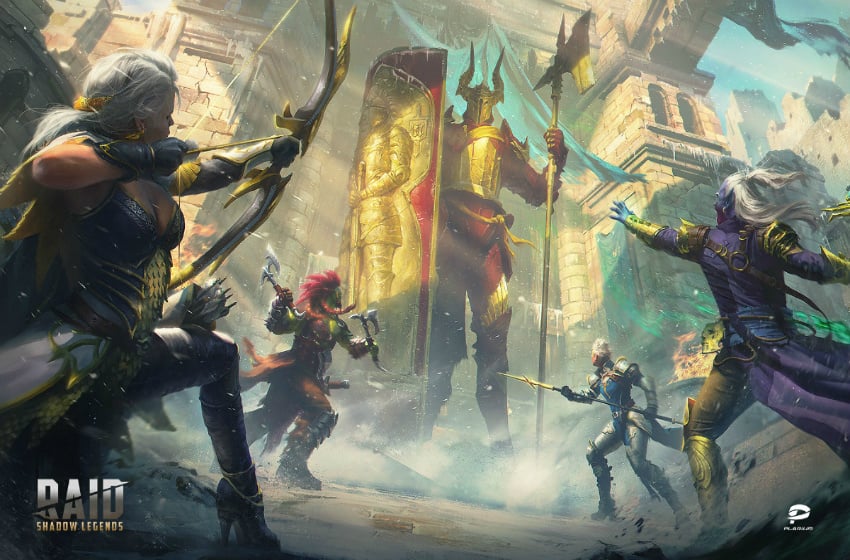 Raid: Shadow Legends has over 400 champions to train, gear up, and combine for the perfect team. The opportunity to synergy champion skills into a deadly force, compounded by set bonuses, is the game’s strength. But like any tiered system, some champions are arguably better than others.

We will focus on mid to late game champions. Early on in Raid: Shadow Legends, there’s less emphasis on strategy—not that you can’t create your own—and more beating the AI into submission. As you start to tackle later stages, some game modes will favor certain strategies over others. If you get any of these champions, keep them. They are not food.

Tayrel embodies the saying, “A good defense is a good offense.” For example, Humble is a two-hit ability that has a 40 percent chance to decrease a target’s attack by 50 percent. A solid debuff. The damage, however, is based on his defense. Singing Steel is an area-of-effect that can decrease defense or sleep, which also bases its damage off of his defense. The cherry on the top is his Aura, increasing ally defense in all battles by a solid 25 percent.

Hailing from the High Elves faction, Royal Guard makes it to this list for one simple reason: Takedown. In the early stages of the game, you can get away with pummeling the opposition until they’re dead, but as you progress, health bars can get pretty insane. Royal Guard fixes that problem with Takedown, an ability that causes max HP damage rather than a flat numerical amount. Did we mention it was an area-of-effect?

Support champions can create some interesting strategies, and Duchess Lilitu is one of those champions. Abyssal Invocation is a two-hit attack that applies a shield buff onto her, based on max HP, and a champion with the lower health. There’s a laundry list of champions that are amazing in terms of damage but are squishy; Duchess Lilitu can offer them protection. Stack max HP sets, and it can turn into one hefty shield. Duchess Lilitu arguably has one of the best skills in the game, which is Spectral Rebirth. It revives all dead allies with 70 percent of their HP.

Valkyrie is yet another champion that changes the game with a single skill: Stand Firm. Very few champions have a counterattack buff and her’s is not only a buff but also an area-of-effect attack that grants allies a shield buff based on defense. If you can pair her with other counterattack champions, like Skullcrusher, her value doubles.

In the right hands or, in this case, claws, poison debuffs can be absolutely devastating because its damage goes off of max HP. To balance this, champions tend to have a poison debuff percentage, but not Dracomorph. So long as you can hit your target, it’s guaranteed to land. It also helps that he can apply a 25 percent weaken debuff and a 60 percent decrease defense debuff.

Bad-el-Kazar, like Dracomorph, also has a poison debuff that’s guaranteed to land. However, unlike Dracomorph, his abilities support the team rather than make it the focus. Bad-el-Kazar is considered one of the best healers in the game. Dark Sphere attacks all opposing targets and then heals your allies for 20 percent of the damage done. Malice drops two healing-over-time buffs on allies while simultaneously applies two poison debuffs on enemies. He synergizes well with accuracy sets.

And here we have our honorable mention: Bellower. Though he may be considered ‘Rare’ and labeled support, this champion from the Ogryn Tribes is regarded as one of the best campaign farmers. It’s all thanks to his three area-of-attack abilities, which, when combined, can cause an attack, defense, and speed debuffs. He synergizes well with stun sets and speed sets.