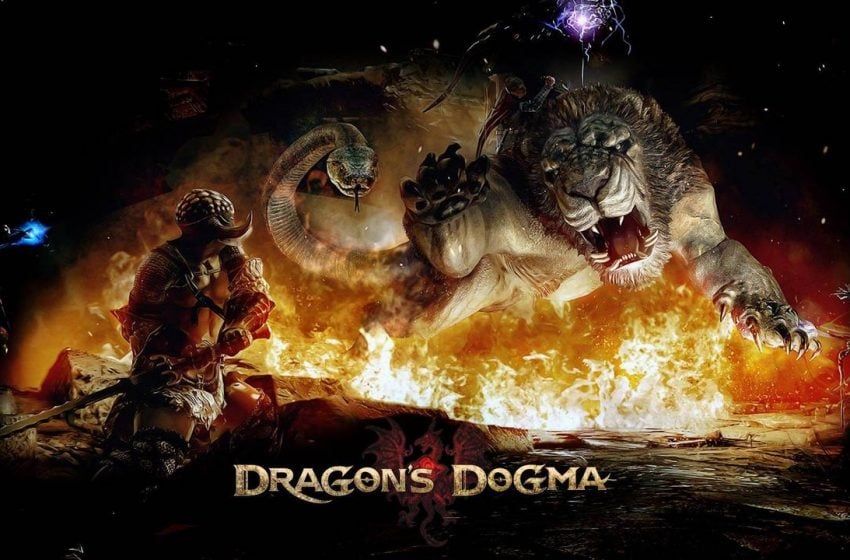 One of the best parts about Dragon’s Dogma: Dark Arisen is its unique class system. All of its classes play differently from one another, and some of them are unlike anything you can find in any other game. On top of that, they give players an extremely flexible way to build their characters. Not only can you switch your class any time you want, but you can also mix and match skills from different classes as you see fit. While there are plenty of skills that only a single class can use, each class also has Augments that, once learned, can be equipped no matter which class you switch to. That means that, for example, two players’ Mystic Knights could play different depending on whether the character started as a Fighter or a Mage.

It’s a great system, but it does make planning your character a bit difficult. To give you the upper hand, we’ve collected all of the most effective cross-class Augments in Dragon’s Dogma, broken down by which class grants them. This list consists only of Augments that are potentially useful for every single class, meaning Augments that only affect Strength or Magic won’t make the list. Not every one of these Augments is necessarily worth using, but they’re all valid options no matter what kind of character you want to play.

The Fighter’s Augments naturally focus more on melee combat, but some of their Augments are useful no more where you are on the battlefield. At Rank 5, you can also get Sinew, one of the most universally valuable Augments in the game.

This one’s a simple as it gets. Everyone could use more HP, and you only need two ranks in Fighter to get it.

When you’re grabbed or pinned in Dragon’s Dogma, you have to desperately wiggle the joystick to escape. This puts you at risk of not only being attacked in the game but hurting your hand in real life if you’re not careful. Egression isn’t quite as essential as the other two Fighter Augments, but it will save you two kinds of pain.

Inventory weight and encumbrance are huge parts of Dragon’s Dogma. Being over-encumbered will keep you from picking up any more items, and increasing your inventory weight can majorly slow you down. This is one of the most universally useful Augments in the game, for both you and your Pawn.

The Strider focuses more on Stamina than anything else. Endurance at Rank 2 is worth picking up for any class.

A no-brainer. No matter what class you use or how you play, you always need to keep an eye on your Stamina. Picking this up will let you be more effective in every battle and run farther without having to stop for a breather.

Vocation Rank 5 – 2,200 Discipline Points. Halves the recovery time when you run out of Stamina.

Sometimes even an extra 100 Stamina isn’t enough. Grit will let you catch your breath faster when you push yourself too hard and run out of Stamina. Not as essential if you can keep a close eye on your Stamina meter, but helpful nonetheless.

Vocation Rank 7 – 4,500 Discipline Points. Halves the Stamina consumed when you cling to objects or climb terrain or monsters.

To be honest, this one’s not exactly universal; you’re not going to do many monsters climbing as a Mage or a Sorcerer. It may not be worth it to go seven ranks into Strider for it, but if you were planning to play Strider for a while, it’s worth picking up. But it’s so useful for anyone who climbs a lot; we needed to include it anyway.

Vocation Rank 9 – 7,000 Discipline Points. Renders you one rank lighter for purposes of mobility.

Combine with the Figher’s Sinew Augment; this will turn you into a one-person freight train. It lets you move at the speed of the weight class below you so that you can run at medium speed with a heavy inventory, and so on. There are probably better Augments to equip if you’re gearing up for battle, but this is a great choice for long journeys. The downside is that it requires a huge investment in the Strider class.

The Mage’s Augments are geared mostly toward magic, so there’s not much that’s useful across the board from this class.

Vocation Rank 4 – 1,800 Discipline Points. Magick based damage is reduced by 30.

Taking less damage is always good, right? This is an especially useful Augment to take when you know you’re going up against strong magic-wielding enemies, like skeleton mages or chimeras.

The Warrior heavily leans toward Strength-based weapon attacks, but Bastion is a great Augment that you can get just by unlocking the class.

An easy recommendation. It’s pretty costly, at 1,500 DP to switch to Warrior and 900 to buy the Augment, but a flat damage reduction is hard to pass up.

If you’re not clear on what Core Skills are, this Augment increases damage from your basic attacks. Mages and Sorcerers may not rely on these attacks quite as much as other classes, but at some point, you’re going to fall back on them, and this Augment will make sure they’re doing the most damage possible.

The Ranger has some Augments not directly tied to combat prowess that is interesting, if not the most powerful choices.

Vocation Rank 2 – 700 Discipline Points. Causes your lantern to illuminate an area that is 20% wider.

This is far from the most useful Augment in the game, and it’s the first one you’ll want to replace when you run out of slots, but it’s a great early-game Augment for when you’re still getting used to the nights and dungeons of Dragon’s Dogma. Mostly, it made the list because it’s a clever skill that’s unlike anything else in the game.

Vocation Rank 6 – 3,500 Discipline Points. The effect of Health and Stamina restoration items on the user is increased by 20%.

Combat is Dragon’s Dogma is no joke, and you’ll be using a lot of healing items. Taking this Augment will let you carry fewer items into battle, spend less gold buying more, and not have to scrounge food as much in the field. It’s very handy, but if you don’t mind gathering items and carrying a heavy pack, it’s not essential.

Plenty of enemies, like Harpies, Cockatrices, and Chimeras, can knock you to the ground with wind attacks and roars. This Augment will help you keep your footing in the fact of these attacks. It’s not useful for every fight, but it’s a game changer against certain opponents, and it’s useful for every class. However, the huge investment of DP and time makes this one harder to recommend.

The Sorcerer’s Augments mostly focus on magic, naturally, but their Suasion Augment is a one-of-a-kind skill that nets you more gold for selling items. It’s a useful one to have in your back pocket.

A souped-up version of the mage’s Apotropaism. If you can spare the DP and expect to face off against a lot of magic-users, this is an easy recommendation, especially since you can get this at the very first rank of Sorcerer.

Vocation Rank 2 – 1,200 Discipline Points. Enables you to negotiate higher prices for items and equipment you sell.

One of the few purely non-combat Augments in the game, this is handy if you want to stretch your gold farther. If you can spare the DP and don’t mind spending the short of amount of time it takes to rank up once in Sorcerer, this one is worth grabbing. Just put it on every time you want to do some shopping, and swap it out when you’re ready to go back into the field. This one will stack, so you’ll get even more gold if you also equip it on your Pawn.

Most of the Mystic Knight’s cross-class Augments focus on buffing your Pawns after they fall in battle. They may not be the most powerful, but you can build an interesting playstyle around them if you find a group of Pawns you can rely on.

Not a bad Augment, and it’s useful for everybody, but if you have to choose just one, take the Warrior’s Bastion instead.

Vocation Rank 6 – 4,000 Discipline Points. Pawns you revive get a boost of 20 to Defense and Magick Defense for 1 minute.

Pawns have a habit of getting themselves into trouble, and this will help keep them from going down again once you revive them. This and the following Augments that affect Pawns require a heavy investment in Mystic Knight, making them somewhat hard to recommend, but they might be worth a try if your Pawns aren’t pulling their weight.

Just like the previous Augment, this will make your Pawns more effective after they go down once in battle.

Vocation Rank 8 – 7,000 Discipline Points. When your Health is critical, Defense and Magick Defense are raised by 20%.

This Augment will make sure your last bit of Health goes farther, at least long enough for you to heal. However, its high price and considerable time investment make it hard to recommend for most builds.

Vocation Rank 9 – 7,000 Discipline Points. Increases the amount of Health restored when reviving Pawns from 50% to 75%.

This only comes after a long time as a Mystic Knight and a lot of DP, which means most people will skip it. It’s particularly useful if your playstyle relies on a lot of Pawn support, especially combined with the Augments above.

The Assassin’s Augments are an odd bunch, mostly focusing on interesting your power when you go out at night. If you want to try out a highly specialized playstyle, picking them up can be a fun choice, but they’re not the most generally useful.

Vocation Rank 1 – 1,200 Discipline Points. Halves all the damage taken when your blade is sheathed.

This keeps enemies from surprising you and taking a big chunk out of your Health when you’re not ready. It’s honestly not that common of an occurrence, so it’s hard to justify using an Augment slot on this one.

If you want to have the absolute most Stamina possible, this may be worth it when you’re planning a nighttime expedition. Still, it’s probably best to stick to Augments that work any time of day.

Just like Entrancement, this can be helpful, but you’ve probably got better Augments by this point.

If you’re going to equip one-night-only Augment, this is the one to get. It can be very useful if you want to go out hunting at night, so you may want to keep it on deck for those limited situations.

The Magick Archer has some interesting Augments that are geared more toward the adventuring life than martial strength. Picking them up won’t make taking down dragons any easier, but they can make your non-combat time more productive and help you survive in the wild.

This clears a larger area of fog from the map as you explore, letting you uncover unknown areas more easily. It’s handy if you want to go exploring rather than taking down tough enemies.

Like all other similar Augments, more Stamina is always better.

This reduces the amount of damage you’ll take from falling, but you’ll still die if you fall from high enough. Another Augment that’s better suited to exploration-only trips into the wilderness, but there are plenty of more useful ones in the game.

Vocation Rank 8 – 7,000 Discipline Points. Doubles the increase in your Affinity when you give items to non-Pawns.

This one is ultra-specialized, making NPCs like you more when you give them gifts. Not useful for most players, but a good Augment to have if you have a specific plan in mind for having to use it.

Vocation Rank 8 – 7,000 Discipline Points. Causes your Health to return with the passage of time slowly.

This Augment grants one HP every three seconds. It can be useful if you have long pauses between fights on your journey, or if you throw it on while you’re in town to save a healing item, but the effect isn’t nearly strong enough to make a difference in battle.