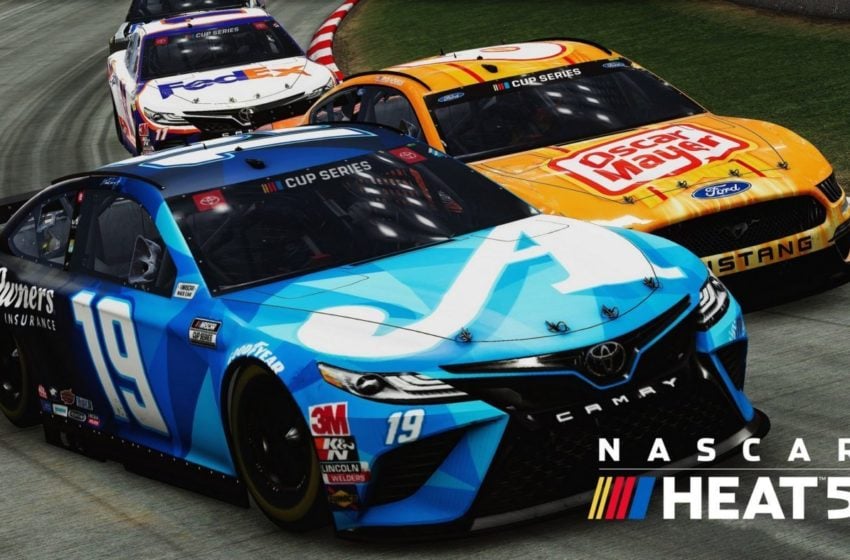 Whether you’re going for all the achievements or trophies, or you simply desire to win ridiculous amounts of series championships, the best way you can go about thriving in NASCAR Heat 5 is garnering a successful driving team around you. When finding the perfect driving empire, your funds will be plentiful, teammates will be primarily looking to help you during races, and typically, the cars are faster, much more well-constructed than your own custom vehicle.

Yes, it is optional to build your own team early in the game, but it is an easier climb to success when deciding to sign to an existing one. This way, you will not have to pay for employees and additional team cars. With a wide amount of driving teams throughout the game, let’s highlight the ones that’ll transcend your chances of wealth and fame in Career Mode, through every driving series.

There is only one definite choice, here. Tony Stewart’s Smoke Racing team gives the most handsome of payouts per race, with $2,100 weekly, plus incentives. To join this team, you’ll need to have no rivals and place 3rd or higher in the season prior. Two others that offer almost as much money are Northfield Motorsports and Champions Motorsports. Both offer $1,925 a race and feature four other drivers – a defining trait when deciding where to sign. Joining a bigger team means you’ll have AI teammates on the track selflessly holding off those trying to speed past you.

Although the Gander Truck Series does not offer much money for those looking to make more than six figures a year. There are some fantastic teams that will put their trucks on the line for you to win each race, if wins are all you care for. GMS Racing is a beacon for this sort of mentality, as it features four others, along with a payout of $7,750 per race. Now, like every other team, there will be incentives here, too. So, if you think you can win with the club, your paydays will be as big as those from Infinity Series races.

To be a part of their winning formula, you must have no rivals and must have placed at least 10th in playoff standings the year before. If that deters you, one other five-star team is the one man-band DGR Crosley. The payout is the same as GMS’s, but DGR’s lack of offered teammates is difficult to buy into.

Okay, in our expert opinion, this is where things will become a bit complicated. When moving on up in the racing ranks, you’ll start to discover drivers who are constant threats to your first-place hopes. So, if you can’t beat them, join them. Joe Gibbs Racing is likely your best answer for this. The team offers $27,000 as a weekly base pay (the highest in the series) and features three up and coming drivers, in Brandon Jones, Harrison Burton, and Riley Herbst, who are consistently placing in the top 15. In addition, you will only have to keep up a 10th or higher finish in the season before to be a part of their tribe.

JR Motorsports also appears to be a great fit. If you’re a struggling player, I’d definitely recommend this team, as there are four other drivers that’ll aid you. However, don’t expect them to help you get from fifth to first, as they are rarely in the top 10, but a top 25 season standing is likely. Now, if you think you’re the virtual Jeff Gordon, then you must take an offer from Stewart-Haas Racing. Chase Briscoe is the only driver for the club, but if you decide to take over his car, then you are certainly going to be driving the best in the game. If you don’t sign with Stewart-Haas, be prepared to see Briscoe above you in the season standings, for as long as you play.

Again, with a stock-car series, choosing a team depends mostly on the drivers already signed to them. Of course, NASCAR, as a sport, is gaining a lot of traction when it comes to hiring more youthful phenoms. So, I’d go ahead and pick a team with a mix of seasoned-veterans and rookie sensations. Hendricks Motorsports embodies this, with Jimmie Johnson, Chase Elliot, and William Byron as part of the team, and gives a whooping $107,750 per race. Hendrick Motorsports and Stewart-Haas Racing also deliver six-digit paydays weekly, but their potential teammates simply don’t match that of Hendricks’. To join these legendary teams, you’ll have to be on your A-game for a year prior, as they ask you to have no rivals and place 10th or higher in playoff standings.

If you’re primarily seeking financial benefits, in any series, the incentive contracts will play a huge role. We advise that you always choose the second of the three contracts offered, when they appear. These aren’t the easiest or hardest to complete. However, it allows you to simulate entire seasons, while the CPU likely finishes the objectives for you. Of course, the easiest contract can do this, too, but their payouts are nowhere near the other two’s offerings.