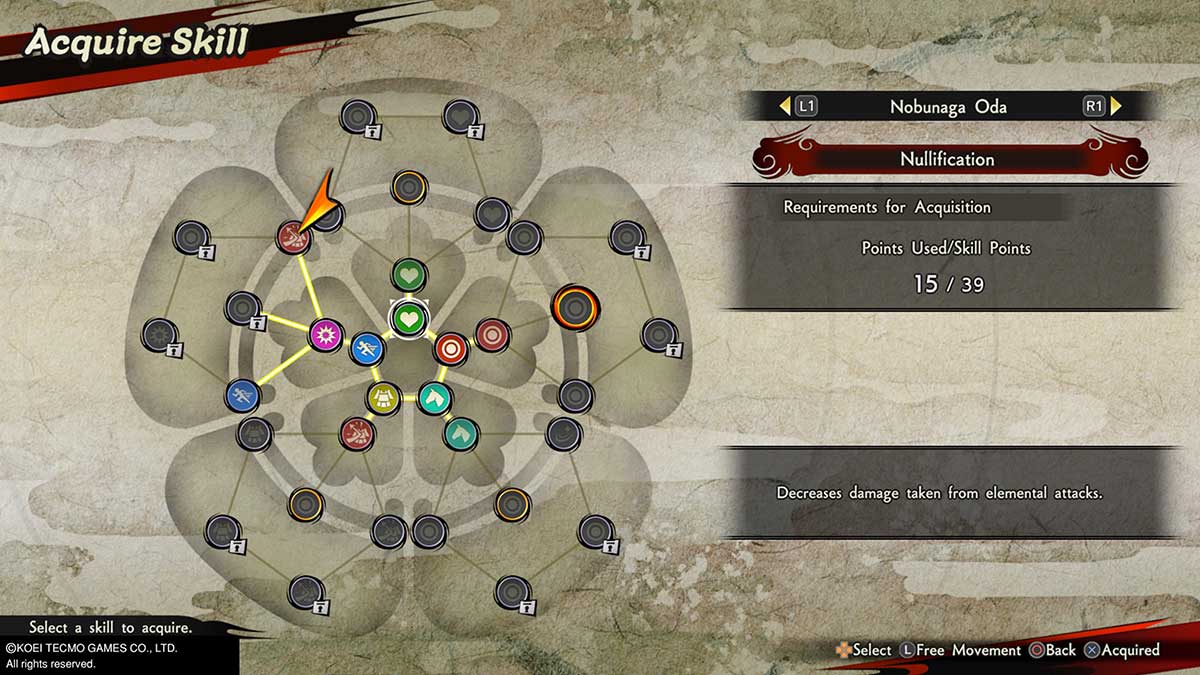 Nobunaga Oda is the first character you’ll get in Samurai Warriors 5. As a result, he’ll probably be your highest level character as well, meaning he’ll be bringing in the bulk of the Skill Points you need to upgrade every character’s skills. This article covers which skills you should pick up first for Nobunaga Oda to keep him strong enough to take on all the challenges the game’s chapters will throw at him from start to finish.

Which skills to get first for Nobunaga Oda

Nobunaga Oda’s inner circle of skills is all basic, and you’ll probably unlock the core five before you gain access to any others. Of these skills, though, health is possibly one of the most important. Boosting Nobunaga’s base health pool will allow him to survive for longer in later battles. Below is a list of the skills in this circle that you can upgrade from highest priority to lowest.

Once you’ve unlocked skills outside of this inner circle, you can double down in more varied areas with Nobunaga Oda’s skills. For example, you’ll be able to upgrade his Musou Attack so that you have two chunks of energy instead of just one. Below is our list of these additional skills for you to upgrade in order of highest upgrade priority to lowest.

Of course, you can upgrade Nobunaga Oda’s skills in whatever order you like to suit your playstyle. For example, if you spend a lot of time on horseback moving between areas of the battlefield, then it would make sense for you to prioritize the Equestrian skill above others, such as Speed and Defense. Regardless of your playstyle, though, get every Musou Upgrade as soon as you can. Even if you’re too weak to take on a battle, the ability to pull off multiple Musou Attacks in the middle of a battle will help you power through even the toughest bosses in Samurai Warriors 5.