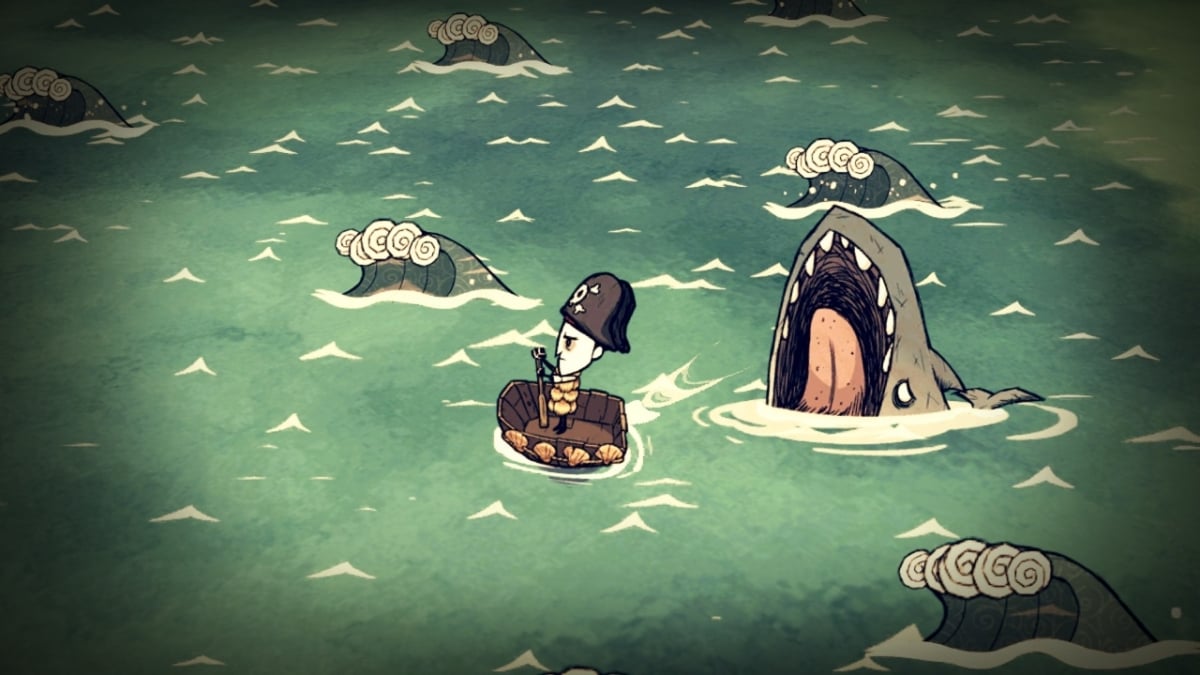 In case you don’t have enough real-life surviving to worry about, you can spend some quality time stressing out within these excellent survival games. These titles are all about exploring strange new worlds, collecting materials, and building bases, tools, weapons, and refrigerators, all while keeping yourself well-fed, well-rested, well-minded, and not-dead. Here are our picks for the best survival games available for PC.

This is the go-to title for dinosaur fans who want to play a solid survival game. Ark: Survival Evolved takes all the standard genre staples — building a shelter, crafting weapons, navigating a hostile world — and throws dinosaurs into the mix.

Aside from constantly trying to hunt you down and eat you, dinosaurs serve a big role in Ark: Survival Evolved. Players can capture and tame them, eventually forming bonds with their captive monsters and using them for a variety of in-game tasks.

Conan Exiles is a sandbox survival game set in the universe of Conan the Barbarian. Players navigate the vast open world in the game, either solo or with friends. They’ll have to contend with monsters, enemies, and harsh weather in the form of sand storms and blizzards.

Through hunting, crafting, exploration, and combat, players raise themselves from lowly exiles into powerful warriors or even chieftains. The game also has a complex building system, letting players create anything from simple huts to towering fortresses.

Don’t Starve and its multiplayer counterpart, Don’t Starve Together, drop you into a strangely charming albeit macabre world. You’ll face, well, starvation, on top of other threats. Ever get maimed by a sentient tree? Gored by bees? You’ll know soon enough.

Don’t Starve offers an unforgiving survival experience, requiring you to not only keep your stomach full but also make sure that you don’t go insane in the process. You’ll gather materials to aid in working your way up the game’s technology tree, which allows you to craft useful devices such as a Crock Pot.

Don’t Starve Together, sold separately, offers a great multiplayer experience with different unlockable characters and a slightly more forgiving ghost mechanic. Dead players can spook their way back to the spawn portal to rejoin the game, although they take a maximum health penalty. It’s a nice alternative to the permadeath of the game’s single-player mode, but don’t worry — the game is still pretty hard.

Green Hell is an open-world survival game that drops players in an uncharted part of the Amazon rainforest. You start off with nothing and have to preserve both your life and your sanity as you fight back wildlife and the jungle itself on your long trek home.

Taking a minimalist approach to the survival genre, Green Hell forces the player to learn survival techniques by trial and error, with nothing but their own energy as a resource. There won’t be any other survivors around to interact with, and no magic chests filled with useful loot.

The premise of Grounded is cute — getting shrunk down to the size of an ant and having to survive the perils of your own backyard — but the challenge is no joke. The various crawlers, biters, and buzzers that fly around will end you swiftly unless you play cautiously. You also have to keep yourself fed and well hydrated, because this is what these games are about 99% of the time.

Grounded has a number of interesting features that set it apart from other survival games, the most important being the Arachnophobia setting. This accessibility feature lets players adjust how terrifying they want their in-game spiders, and if there ever was a game feature that needs a real-life version, it’s this.

Besides PC, Grounded is also available on Xbox One. An enhanced version of the game is headed to the Xbox Series X/S, and will be available on November 10.

Possibly the most original game on this list, Raft amps up the notion of surviving by throwing you directly in the middle of the ocean, the most human-unfriendly environment available. Getting shipwrecked on a desert island seems like a joke compared to the challenges posed by Raft.

The gameplay is as solid as the premise. In Raft, you have to manage and expand your janky starter raft with debris you retrieve from the ocean around you. Your tools for the task? A hook, and a whole lot of prayer. Besides upgrading your definitely-not-a-boat in any way you can, you also have to fight back sharks and survive the weather, among other challenges.

Beyond just surviving, Raft offers a lot of ways to be creative, letting you customize your naval vehicle extensively and shape into something that shouldn’t exist, let alone float. You can solo or team up with friends for co-op survival, the latter being noticeably less difficult of an experience, but also less authentic feeling.

Rust is very, very unforgiving — and so very, very perfect for the survival crowd. Rather than tossing you into an unfamiliar and hostile environment and asking you to “play nice,” Rust offers a tense PvP experience in which you may find yourself at the mercy of player groups.

Progressing in the game can be time-consuming, and your base will require upkeep or it won’t last long against enemies. However, there are custom modded servers available in case the official servers are an ill fit. You can choose to play Rust as a solo experience or in a team, the former offering a far greater challenge.

It’s worth noting that game’s official servers will wipe at least once a month, some custom servers more frequently, so don’t expect to get too attached. You’ll keep blueprints you’ve learned, so you’ll still feel that sense of progression even as the rest of your haul vanishes. Wipes typically occur on the first Thursday of each month. You can keep an eye on updates and impending wipes by checking out the developer’s blog.

Subnautica is one of the biggest underwater-based exploration games, offering a unique change of scenery from the typical forests and abandoned wastelands found in most other survival games. The game is absolutely gorgeous. Subnautica’s fascinating biomes, accompanied by excellent sound effects and music, do a fantastic job of fully immersing you in its deep blue sea.

You’ll face all the necessary challenges of survival: securing a safe place to rest your head at night, procuring food to keep you sated, and so on. As the entire game takes place underwater, you’ll also need to keep an eye on your oxygen supply and, somewhat ironically, stay hydrated. There are also many sea creatures out there to discover, some of which are nice. Others, less so.

Exploring in Subnautica is a pleasure, even when finding things we wish we hadn’t. For the most satisfying experience, we recommend going into this one blind, discovering what the ocean has to offer. When you do need help, there are plenty of helpful console commands to use.

If your interests lie not only in survival from the elements, then consider trying some bigger threats. The Forest offers an immersive survival experience in the unforgiving Canadian Yukon. You’ll gather materials, build a base, and craft tools to help you survive against the threats of the wild.

But that’s not all — the Forest spices up its survival experience by adding cannibalistic mutants. These aren’t just mindless zombies, running about in search of brains. The mutants take the threat to a whole new level with excellent AI. You’ll often feel like you’re being hunted by actual enemy players.

The Forest offers both singleplayer and multiplayer co-op modes. The game does feature a story, in which you’re the lone survivor of a plane crash and are searching for your son, skillfully told through missions and clues you’ll come across in your travels.

The Long Dark also offers a sandbox Survival Mode with multiple levels of difficulty — and permadeath. Your primary focus is on exploring and gathering supplies to ensure that you’ll last through the night. You’ll also have to keep an eye on your health, lest you fall victim to the harsh cold and succumb to hypothermia. Or worse. There’s worse.