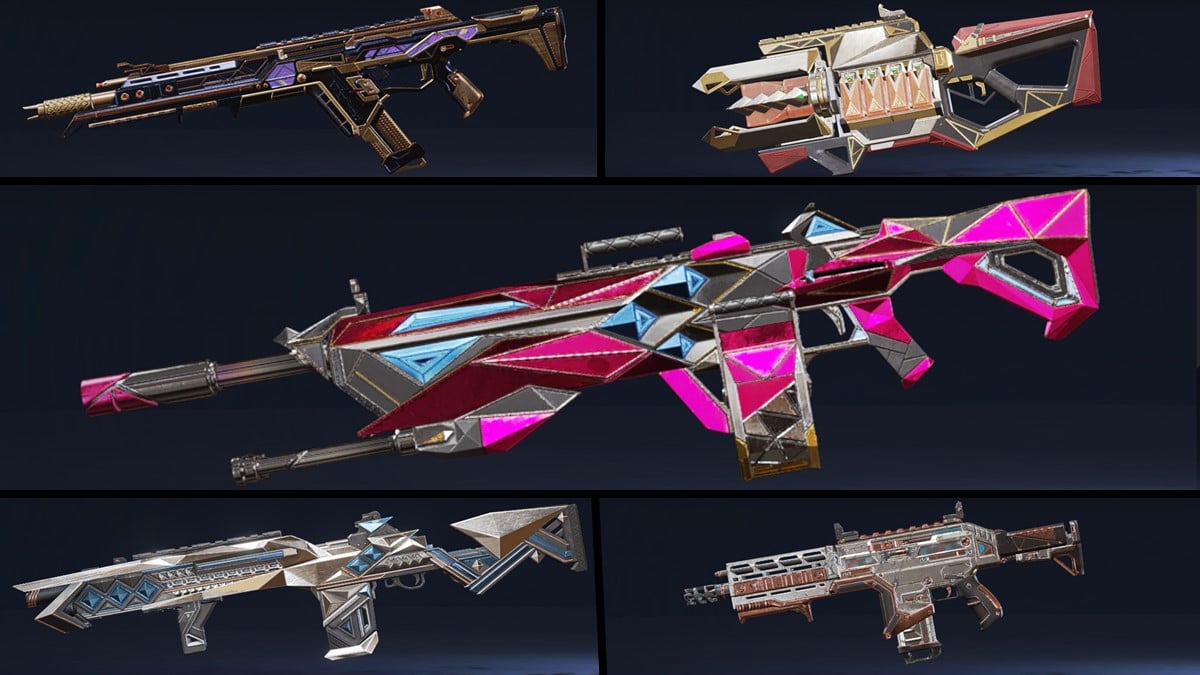 The Fight Night collection event is definitely most notable for its Legend skins, but the weapon skins put up one hell of a fight. All but two of the gun skins that made this list are Legendary, including the two legendary skins from the Prize Tracker reward track. We will also be covering the best miscellaneous cosmetics at the bottom of the list.

All of the Epic-tier weapon skins are from the event collection, while the Legendary skins are split between the collection itself and the Prize Tracker rewards. A couple of the collection weapons skin didn’t make the list, but they aren’t bad, just nothing special and kind of forgettable. That said, a few of the weapons skins are real lookers, including what we consider to be the best Devotion skin yet.

Related: All Legend skins for the Fight Night Collection Event

All of the weapon skins in the collection cost either 1800 Apex Coins or 2400 Crafting Metals for Legendary-tier or 1000 Apex Coins or 800 Crafting Metals for Epic-tier. The two Legendary skins that are a reward on the Prize Tracker are Red Prism and Turquoise Tranquility. Other than the Prize Tracker items, all weapon skins can also be unlocked via a Fight Night Apex Pack, which can be purchased for 700 Apex Coins. Buying all 24 will unlock Gibraltar’s Heirloom.

A few other cosmetics that didn’t fit into the weapon or Legend skin categories deserved a moment in the spotlight: including Gibraltar’s Heirloom, a stunning Revenant banner pose, and the sassiest Pathfinder voice line of all time. Prize tracker rewards were not included in this section, as they have already been discussed in detail here.

I learned that from an old friend (Rare Pathfinder voice line)

Note: While the name doesn’t reflect it, this is the “Piss Off, Scavlander!” voice line from the Stories from the Outlands short, Fight Night.

The Fight Night Collection Event started on January 5 and ends on January 19.