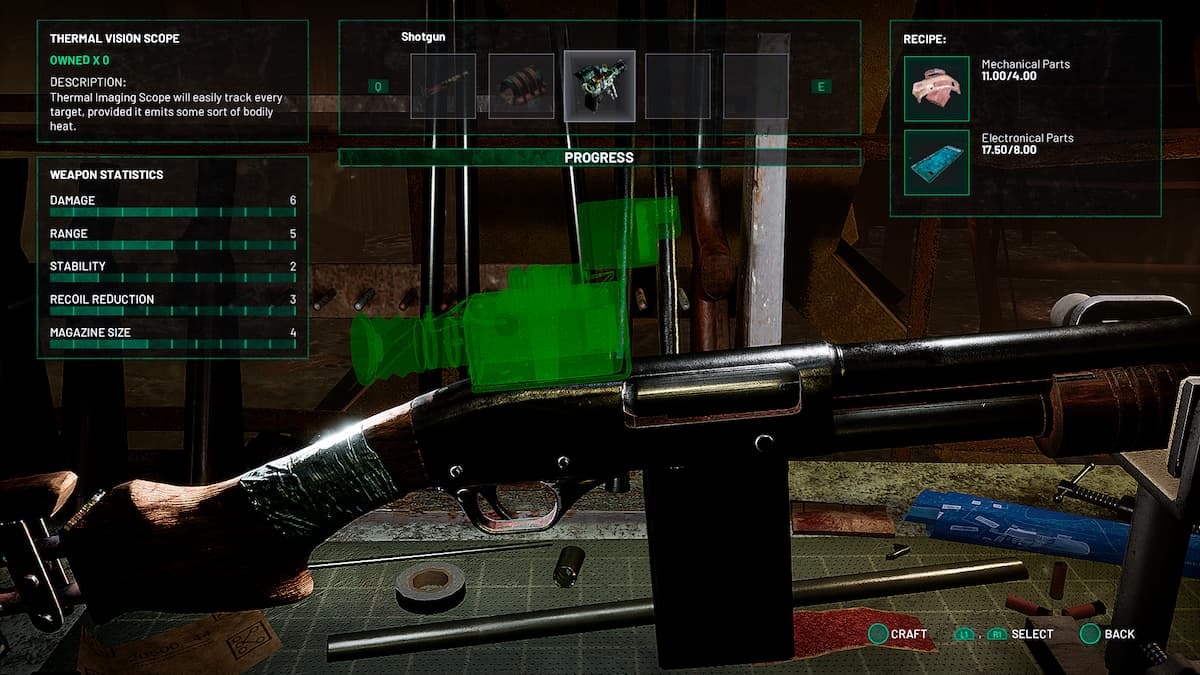 In the exclusion zone, you’ll need a good weapon to keep you company if you want to survive and find Tatyana. Here’s our guide to the best weapons and upgrades for every situation.

The Revolver is the first weapon you get in Chernobylite, and by far our favorite. The recoil, modest damage, and magazine size leave a lot to be desired, but its versatility, plentiful ammo, and ability to reliably kill NAR soldiers in 1 hit from medium distance makes it a reliable companion. For best results, carry two or three fully loaded revolvers to take advantage of their abundance and small size. With Olivier’s perks and these upgrades, you can be ready for any situation using only the cheapest ammo in the game.

For best results, try carrying one primary revolver with a big magazine, suppressor, heavy stock, and sniper scope as your main weapon for picking off guards in your path. For your backup, try carrying a second revolver with a belt magazine, softened trigger, compensator, reducer, and open red dot sight so that you can easily pick off several opponents in a hairy situation.

Based on the Russian Baikal MP-133, the shotguns in Chernobylite are classic video game shotguns that feel more or less the same as in Doom: perfect for making space or picking off isolated targets at close range. Against NAR Troops it can be tricky to find good spots for using shotguns, but against Shadows and Chernohosts you’ll be glad to have one. Against NAR Troops, we suggest equipping the chamber reinforcement, enhanced trigger system, Long Barrel, Reducer, and Thermal Vision Scope to turn the shotgun into a long gun that will easily clear out cramped hallways and tunnels. Against Shadows and Chernohosts, try using the Cassette Magazine, Automatic Trigger System, Widened Barrel, Reducer, and Open Red Dot Sight to quickly mow down a swarm.

The Assault Rifle is versatile and highly customizable, but the best upgrades can be hard to craft in the early game. Invaluable for endgame content. We recommend trying Burst Trigger, Suppressor and Thermal Vision Scope for sneaking behind NAR lines; Sniper Trigger, Sniper Barrel, and Sniper Scope for a dedicated sniper rifle; or Drum Magazine, Military Trigger, Rifled Barrel and Closed Red Dot sight for mowing down Shadows.

In the very late game you can access the Molecular Plasma Thrower (MPT) that you’ll often see NAR troops using. Both the weapon and its ammo are expensive to craft, and its actual usage is clunky, so we can’t recommend it except as a novelty, though it does shine against Chernohosts in the very last missions of the campaign. The MPT has no upgrades.