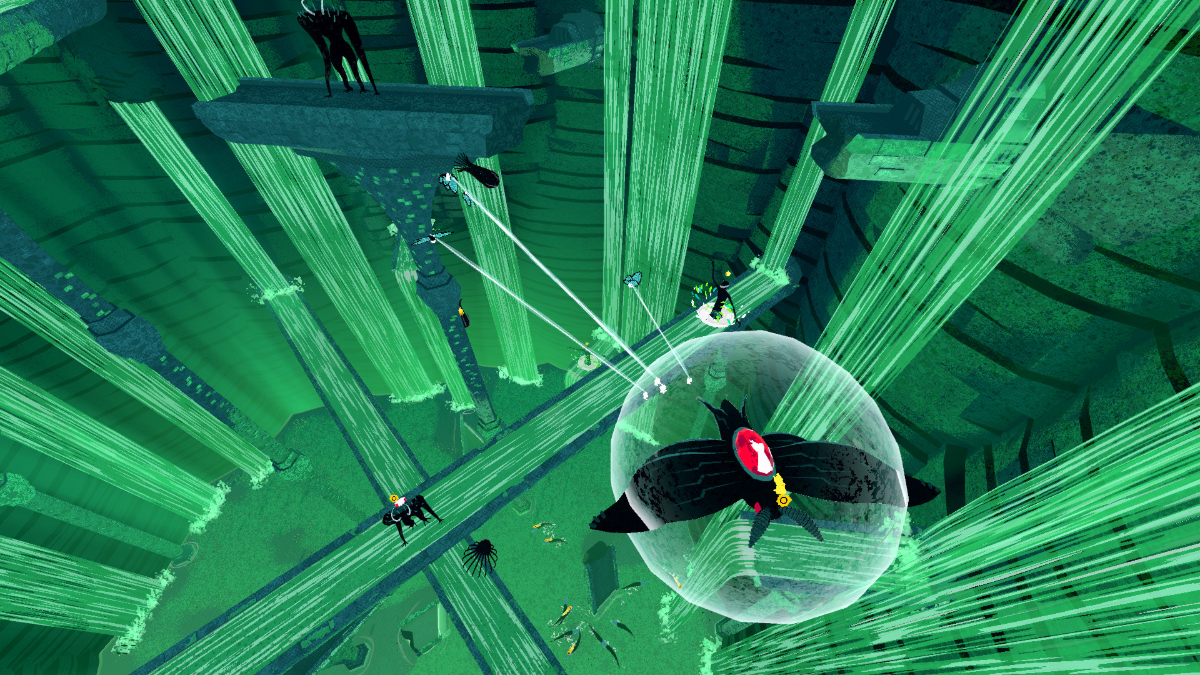 Boomerang X is a tough first-person platformer/shooter hybrid that will require your utmost attention. The poisoned well level has you struggling through seven difficult rounds of waves. Here is how you can triumph over these ink-stained creatures.

You should know this

To succeed at this level, you’ll need to know all the moves you have gained up to this point. Slowing down time is key as you need to get in those accurate shots in a split second. Zooming with the boomerang from place to place is also important as you need to get up to the higher platforms. Using a mix of both of these gameplay mechanics will help you beat the poisoned well level.

The waves begin with a toad that jumps up and down. To beat it, you’ll need to shoot both of its red splotches on its back and its stomach. With the warping ability, hop above the toad and hit the mark. Next, wait until it leaps into the air once you’re on the ground. Get under its stomach, and you’ll see its other weak point. You may need to slow down time for this moment. It will disappear after these two blows.

The toad will also barf out some poisonous sludge. Make sure you dash to the left or the right multiple times to avoid this devastating attack.

While taking out the toads almost every round, watch out for the flying enemies around you. When they’re close, the screen will have a black border. That’s a sign to either dash away or slow down and teleport away.

More ground-based enemies will appear as the rounds continue. They burrow on the ground and move quickly, so it’s best to keep your distance. We found that it’s safer to stay in the air or on the higher platforms and take them out from that position. If you can line up the victims of your boomerang in a line, you’ll gain a scattershot that can eliminate the majority of them in one go.

In the latter waves, these annoying foes will see some flies giving a protective shield to their bigger counterparts. Eliminate them first to get rid of the white shields, and follow the same strategy as before.