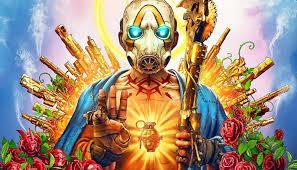 Picking up loot is both the joy and pain of high loot games, which Borderlands 3 certainly is. As the foremost representative of the looter shooter genre, it needs to do a lot to keep quality of life up to a minimum, and that minimum is ever climbing. Even Diablo 3 keeps upping the ante on that with each season. So one would hope a newly released game would take some hints of what people have learned over the last years.

Thankfully, Gearbox delivered with a God of War reboot style lost loot system. Anything you failed to pick up during a mission shows up at the Lost Loot Machine onboard Sanctuary III. You’re going to find it below, in the Crew Quarters once you get deep enough into the game and can pick them up.

You’re only going to receive loot that is rated Rare or higher, and nothing else.

This mechanic is an absolute godsend. I have horrible nightmare flashbacks about a Pearlescent weapon flying off the edge of the map during Crawmerax farming run back in the original Borderlands. The Lost loot Machine ensures it will never happen again.

Plus, it means you only need to pick up the good stuff, freeing up inventory space when walking around. This feature is the QoL mechanic I love to see in these kinds of games.