Of all the characters in Borderlands 3, I initially wrote off Moze the most. She seemed at first like another rehash of the Soldier or Commando archetypes with a different gimmick from the stationary (and often useless, at least as a weapon) turret.

I’m happy to report I was wrong; she’s a blast to play in a lot of ways, and none more so than because Iron Bear is exactly as cool as you’d expect a piloted mech with huge guns to be, even if it does fall off at higher levels unless you really spec into it.

She also has some interesting nuances to her abilities that aren’t immediately apparent to new players. Here’s a shortlist of those and some more general tips:

Aka the back-mounted turret for Iron Bear that an ally can crawl into. There are some upsides and downsides to this thing that aren’t going to be intuitive for Moze, particularly since she’s not experiencing them directly.

Fuel is the hard limiter on everything the Iron Bear can do, and everything burns fuel, with some weapons burning it at different rates than others. The fuel likewise ticks down on its own over time.

However, the fuel ticks down very slowly when no weapons are in use, meaning if you refrain from pulling the trigger for no reason and control your fire while in combat you can severely increase the uptime of your mech.

Moze has some very good skill trees at her disposal, and certain specs can insanely out damage your mech at the mid-high levels (after about 30). Keep this in mind as you’re plowing through content, as the Iron Bear shreds everything at low levels, but outputs merely respectable damage as you approach the cap.

If you want your focus to be on the mech, consider focusing primarily on the Shield of Retribution tree as it makes both Moze and Iron Bear a seriously tanky presence on the battlefield, acting as a bulwark against your teammates’ enemies.

While somewhat of a tank/support build, it also still deals fine damage, and you can continue using the weapons of your choice.

If instead you want Moze herself to be the primary focus, Bottomless Mags is your tree of choice, with insane stacking DPS bonuses in minor benefits to reload speed, fire rate, damage, and ammo consumption.

Demolition Woman is an excellent supplementary tree to both, and either build loves to have Auto Bear. It is also a solid tree for crowd control and AoE on its own but is I think best used to complement builds rather than be built around itself as the bottom two tiers of the tree are neat but less impressive than the other trees deeper abilities.

Moze, in general, has abilities that gravitate her more towards using machine pistols and assault rifles than other characters, with a splash of AoE weaponry like rockets, grenades, and Torgue guns. Keep that in mind when sorting through your loot, as while that sniper rifle may do four times the damage per shot as your assault rifle, its DPS may be a considerable downgrade over a high magazine capacity assault rifle you found a half-hour ago.

Finally, consider prioritizing Shock damage in your grenades and at least one of your equipped weapons. Moze lacks a lot of ability to deal Shock damage baseline with her action skill (only the Railgun doing so, and even that “upgrading” out of it at one point if you choose) but has an excellent capability to deal Incendiary, Explosive, and Corrosive damage and enemies with high Shields are common.

That’s all I have for now, but hopefully, this helps people starting with Moze to get off to a smoother start! 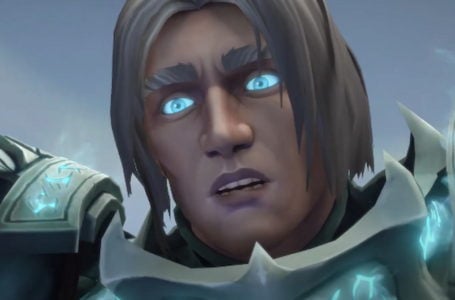