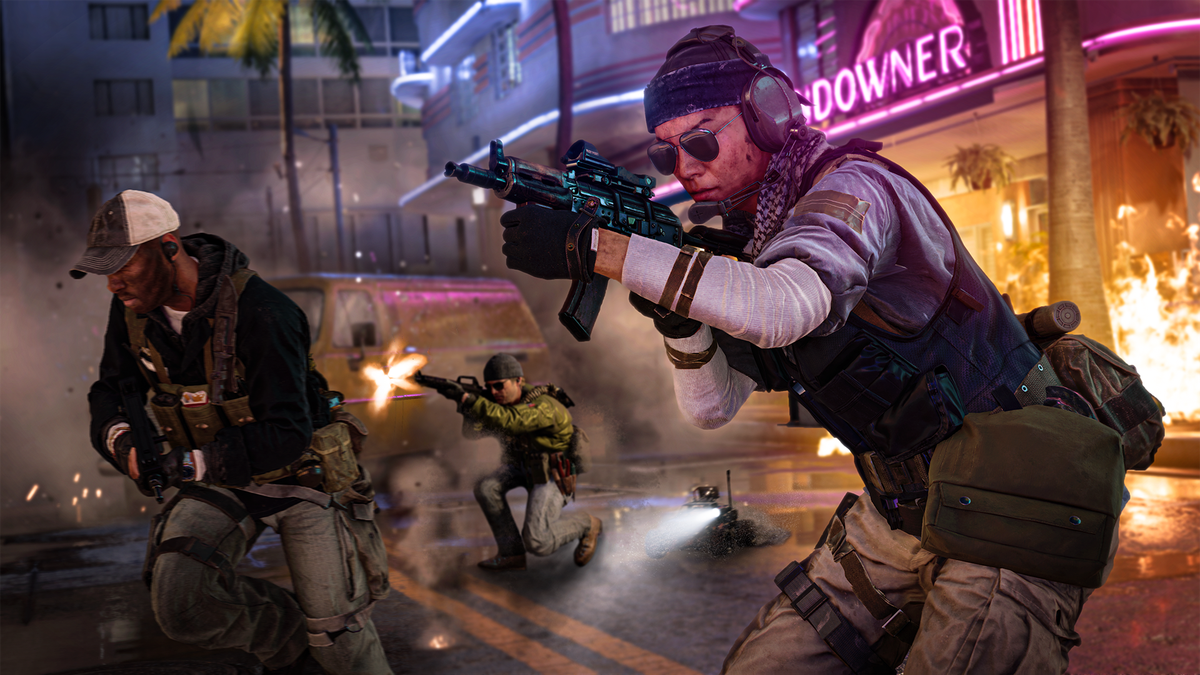 The online component details for the first next-generation Call of Duty game is finally here. In the official multiplayer reveal for Call of Duty: Black Ops Cold War, we received our first taste of information when it comes to maps, modes, and also how the gameplay will be different than the rest in the series. However, rather than being a continuation of Black Ops 4 multiplayer, Cold War seems more like an upgraded revival of the beloved original.

Cold War is truly detaching itself from the last few installments of the Black Ops franchise, as the 10-point class system will no longer exist. Instead, the class system is a mirror of Modern Warfare’s, with players able to access the Gunsmith to attach five of 56 attachments to any gun.

Also similar to the 2020 hit, Field Upgrades will be accessible at certain points in a match. However, they appear to be much stronger this time around, as the reveal showed off a SAM Turret being one of the few bombastic upgrade options.

Of course, perks and lethals will be present, but Wild Cards will also be reintroducing themselves. Gunners have the option to take advantage of one of four when the game releases. From the descriptions shown in the reveal, these will definitely play a bigger role than in past games. Here are the impacts each will make to your gameplay:

We can’t believe it, but it seems Black Ops Cold War will bring as many new, unique multiplayer modes as Modern Warfare once did – which is saying a lot. Not every mode has been revealed, but there was enough to make your head spin. Starting with the basics, traditional modes like Search and Destroy, Team Deathmatch, Hardpoint and Domination are confirmed to be in the game.

One of the new modes introduced seems to be a variation of Modern Warfare’s Cyber Attack, titled VIP Escort. Like Cyber Attack, players will only have one life and can revive teammates at any time, but the catch is that the match ends when the VIP dies. There will only be one VIP per round, but you will have to escort the teammate to a designated point on the map to win the game.

Another never-before-seen feature is Combined Arms. It is a 12v12 experience, but each match will put its own spin on traditional modes. For instance, a Combined Arms Domination game will still consist of each team holding down flags but will include vehicles to aid you. Vehicles featured will be snowmobiles, waverunners, ATVs, and tanks, among others, not yet dispelled.

So far, the public knows of five maps coming to all modes, and like past Call of Duty games, these are inspired by the game’s campaign settings. In terms of size, nothing seems to veer away from the close-combat style of gameplay the franchise is known for. Though, each expands on interesting ideas partially featured from past maps.

During the multiplayer showcase, the developers announced that users will able to play all of these missions and modes with others from any console, whether that be current or next-gen. Call of Duty: Black Ops Cold War releases on November 13 for PlayStation 4, Xbox One, and PC (all available for pre-order), with the next-gen editions’ launch dates to be revealed soon.