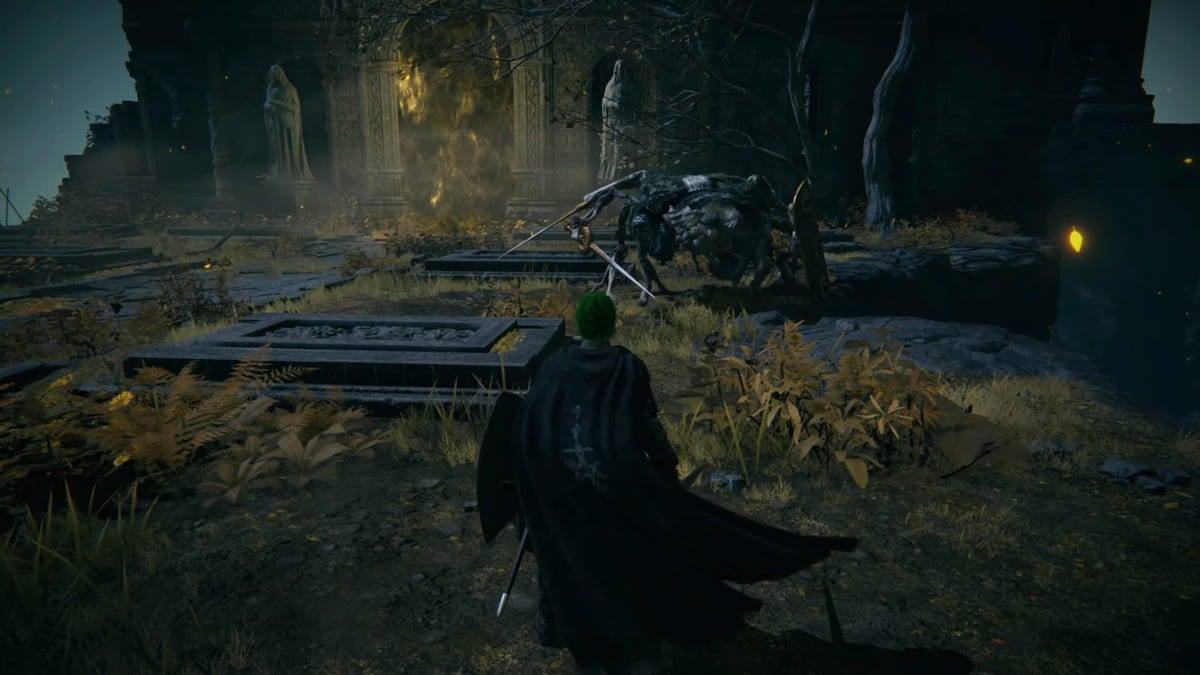 It is no surprise the first enemy you will be facing in Elden Ring is a towering boss with overwhelming speed and vicious swords. This round blob of an NPC is known as Grafted Scion and is bound to vanquish most beginners in just a few seconds. Luckily, you will actually have to die in the area to move on to the story. However, it does question whether it is possible to pull off an upset against the boss and if there are any rewards in return.

In short, players can defeat Grafted Scion during this first encounter. It will take some patience, though, as even two hits from the boss can kill you. The best way to defeat Grafted Scion is by dodging its more basic sword swings and then quickly attacking from behind. You will also need to roll backward whenever the boss uses its brutal body slamming or scream wave attacks, as they both diminish most of your HP.

Related: Does Elden Ring have an easy mode? Answered

Although it isn’t necessary to beat the boss, it does drop loot that gives you a great headstart in the world. Once defeated, Grafted Scion drops its Ornamental Straight Swords and Golden Beast Crest Shield. It also lends 3,200 Runes, but as you have to die to continue onto the next cutscene, you will ultimately be forced into losing them. If you manage to become victorious, you will then need to jump from the area’s cliff to die and finally enter the open world.