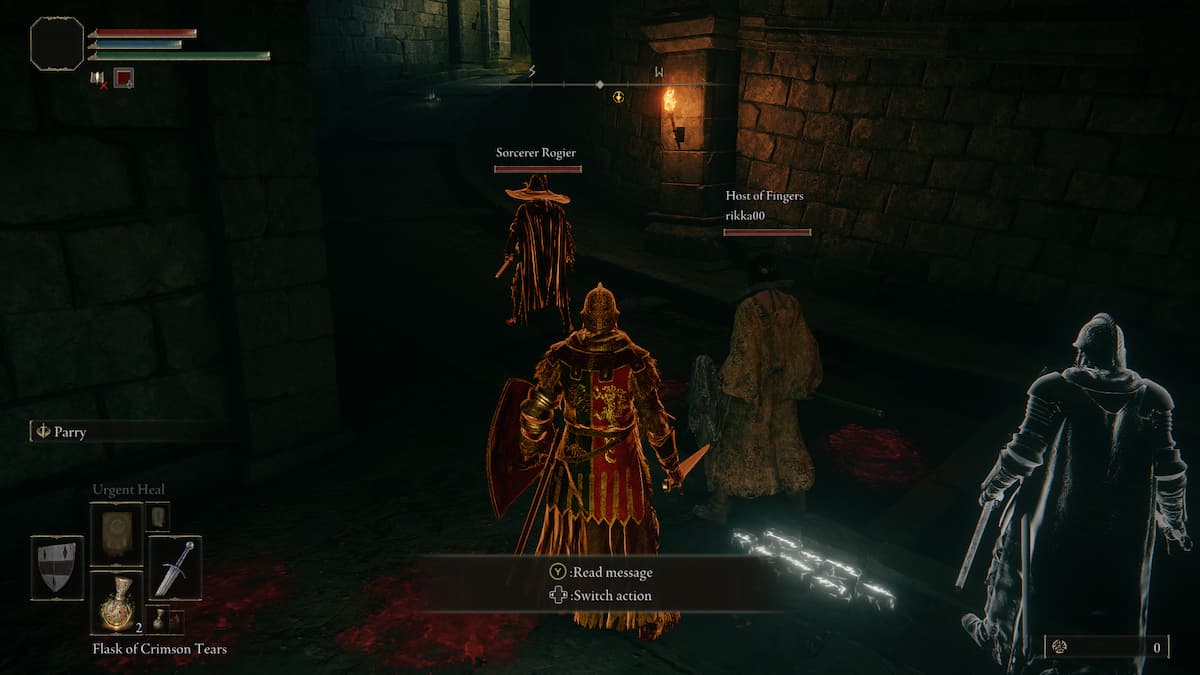 Soulsborne games are challenging but not impossible. The first iteration of From Software’s Souls series, Demons Souls, was widely admonished when it was first released on the PlayStation 3 for its high learning curve. Fans who stuck with it found a deep and involving story, challenging gameplay, and fantastic multiplayer interactions. This has carried forward throughout all Souls games and is no different in Elden Ring. It begs the question then — does Elden Ring have an easy mode?

Elden Ring features a unique difficulty slider in that the game is only as challenging as you make it. There is no toggle-able easy mode in any menu, but you can make certain encounters easier by participating in multiplayer. Near dungeons and boss arenas, if you use the Furlcalling Finger Remedy item, you can often see Signs on the ground. These Signs are placed by players looking to participate in jolly cooperation and help you to the best of their ability to clear a dungeon or defeat a boss.

Outside of those areas, you may not necessarily be on your own — by setting a Password via the Multiplayer Screen (accessed via the start menu), you can match up with only friends who know the Password. Allies make Elden Ring easier, but be warned — for every player you have assisting you, bosses gain a health boost to compensate.

Some strategies to make things easier while exploring the Lands Between: