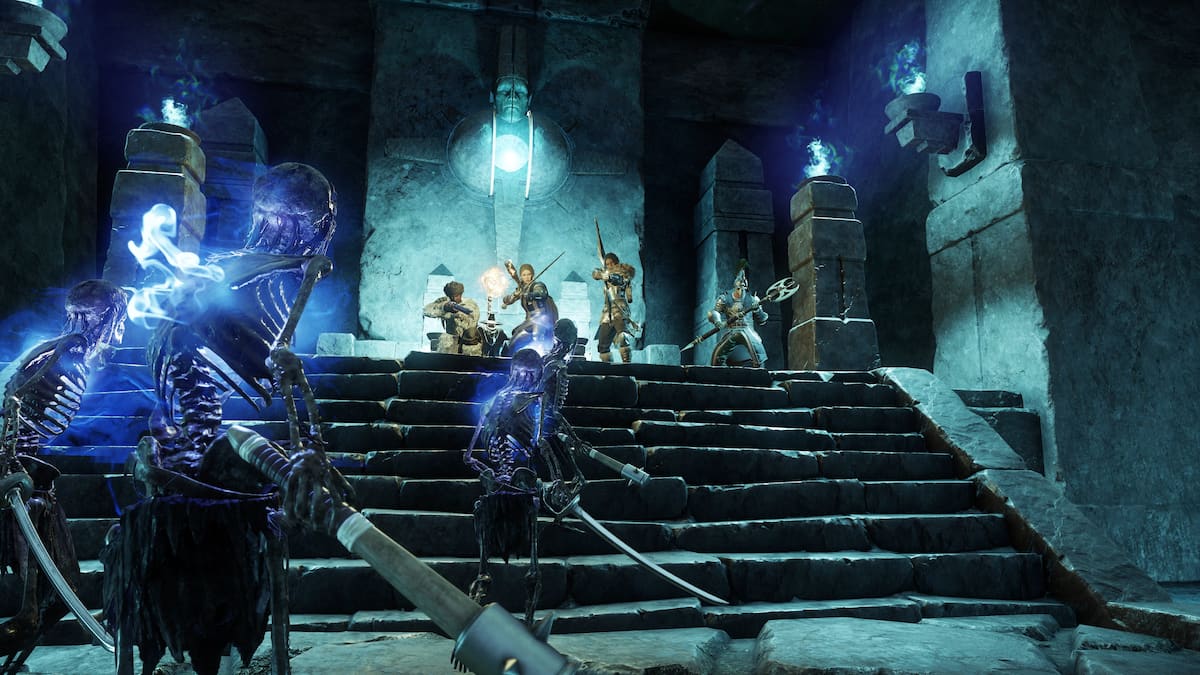 Deciding which faction to play in New World isn’t easy and is made more complicated by trying to figure out what your friends are doing. While you might have an idea about what you think the best faction in New World is, your friend might want to do something different.

This leads to the question, can you play with friends that are in other factions in New World? The main thing to know about factions is that they mostly center around PvP in the game. If PvP is a major concern, then you absolutely want to end up in the same faction as your friends. Companies, New World’s guilds, are faction-based, and PvP is Company based, so unless you want to fight your buddies, you should all join the same one.

You can still play with people in a different faction for PvE, so if your friends join another faction, or you make friends with people in other Companies, you can enjoy the game’s PvE content together.

If you feel you made a mistake with your faction choice, you can change it once, effectively for free. After the second time you change it, you will need to wait for 120 days, or four months, to be able to do it again. To change the faction, open up your character menu by hitting the K button. From there, go to Bio. You will need to make sure you are not a member of a Company, and as long as you are an effective free agent, you will see a button that says Change Faction.

And that’s it, you can easily change your faction with the need to visit an NPC or jump through any in-game hoops.