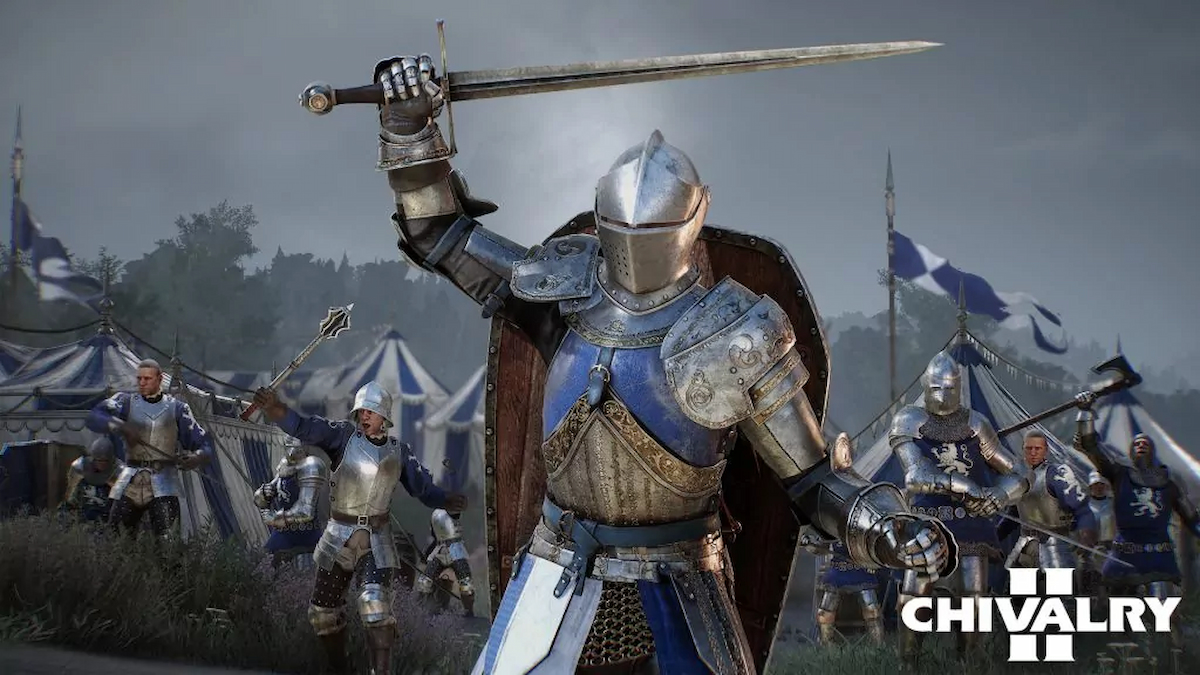 Chivalry 2 offers players a number of ways to approach any situation. Battles can be won with pure ferocity, with a gamble by throwing your weapon, or by using your surroundings, like dropping a torch bowl on your enemy’s head. However, before you can even get onto the field in Chivalry 2, you’ll have to pick your class. While this may seem like an inconsequential choice, the class you pick can, at times, tilt an entire game into your team’s favor.

Archers are universally hated in Chivalry 2, and not just by players. Even in-game characters have voice lines extolling their hatred for the “cowardly archers.” If you’re playing as an archer, it’s relatively easy to give players a good reason to hate you. Even with the lowest health and stamina across all classes, archers can be extremely good.

Longbowmen are your typical archers. They’re mobile, and deadly if used well. Longbowmen can either play behind the lines or in a somewhat forward position in the fight, throwing off enemies that are in combat by bypassing their blocks. Using their brazier ability places down a source of fire that can be used to shoot flaming arrows that set enemies alight.

Crossbowmen are much more stationary, but deal even more damage against certain enemies. Using a crossbow means you have to stand still to reload the weapon, which takes about half a second. During that time, enemies can approach you or other archers can take a free shot. However, the payoff of a crossbow is enormous. Against both footmen and knights, they deal huge amounts of damage, often leaving both with just a sliver of health.

Skirmishers are a rarity to see in Chivalry 2. They start with javelins or throwing axes and a light shield, giving them capabilities at mid-range and in close-quarters combat. Their quiver ability also lets them replenish any thrown weapons. However, without many ways to fight once all their weapons are thrown, skirmishers don’t leave players with a lot of options.

Vanguards are for players that want nothing more than to be in the heat of battle. You belong at the front lines, at all times. You’re playing Chivalry 2 to do one thing and one thing only: dismember and destroy your opponents. And with the most stamina in the game, the only thing that should stop a vanguard is the loss of an arm.

Fittingly, the base class for vanguards is the devastator. These enemies don’t have a decent sidearm, with only a knife and some mallets to support them outside of their main weapon. However, their main weapons are enormous and deal massive amounts of damage. Likewise, devastators have access to oil pots as their special ability, letting them soak a small area with fire, often stopping enemies in their tracks.

Raiders, much like devastators, have access to massive, extremely damaging weapons. However, they get to have two of them at once. Anyone playing as a raider has a wealth of options available to them, as the four weapons available to this class can cover pretty much every situation the game can throw at you. And speaking of throwing, any raider should be fully prepared to chuck one of their massive weapons for some significant damage.

On the other end of the spectrum here are ambushers, one of the hardest classes to master. They deal a whopping extra 35% damage from behind, so to play as one effectively, you’ll need to flank your enemies. They get two small weapons, along with seven throwing knives, which can be replaced easily with their quiver ability. Ambushers aren’t exactly front-line fighters thanks to their smaller weaponry, leaving this class for advanced players that know the game’s maps and aren’t afraid to slink behind enemy lines.

Every successful team needs a footman. While they don’t deal boatloads of damage, footmen instead support their teammates with their special ability: deployable healing kits. With the second-most health in the game, these fighters can change the tide of battle by keeping friends alive and foes at bay with polearms and barricades.

Polemen are the game’s most basic fighters, focusing on long weapons that can keep enemies back and healing friendly troops. All of their weapons have above-average reach, while their sidearms offer a solution for close-quarters combat. Likewise, these players can put down spike traps to make choke points even more difficult to pass through.

What men at arms lack in brute killing potential, they make up for in speed. This class, armed with one-handed weapons and a medium shield, moves 10% faster with their weapon out and can dash in rapid succession. Suffice to say, they will get to the front lines before anyone else. Thanks to their shield, they’re also likely to survive for quite a while, at least until help shows up.

Players looking to support their team in any way they can naturally gravitate towards the field engineer. These characters are armed with either a sledgehammer, shovel, or pickaxe, none of which deal a lot of damage. However, they can put up barricades, as well as either spike traps or bear traps, and are healed by 25% for reviving teammates. Just don’t rush to the front line with your sledgehammer, as you’ll likely be cleaved by a more appropriate weapon.

Knights are the defensive counterpart to vanguards: a wall of weapons, shields, and metal meant to take massive amounts of damage and stall any enemy pushes towards objectives. With the most health out of any class in the game and special abilities meant to either support friendly troops or delay the advance of enemies, they’re essential on any defending team.

The first class for the knight players have access to are officers, warriors specialized in mixed range fighting. With large, two-handed melee weapons, a smaller sidearm, and throwing knives, these fighters have a wide range of capabilities. Combine that with their trumpet ability, which boosts health regeneration for allies, and officers have a place in all stages of combat.

Guardians live up to their name, as they are hands-down the best when it comes to defending an objective. If you don’t want an enemy to go somewhere easily, play as a guardian and stand in their way. With a massive shield, these players can take heaps of damage before they’re in any real danger. And thanks to their heavy, one-handed weapons, they’re also great damage dealers. As an extra bonus, guardians can also plant banners that heal allies within range, making them perfect for defending long attacks with other players.

Crusaders embody the idea that the best defense is a good offense. With huge, two-handed melee weapons and extremely damaging sidearms, crusaders hold a line by chopping anyone coming towards them in two. While their weapons aren’t as strong as what a vanguard gets, they can still deal a lot of damage before being taken down.