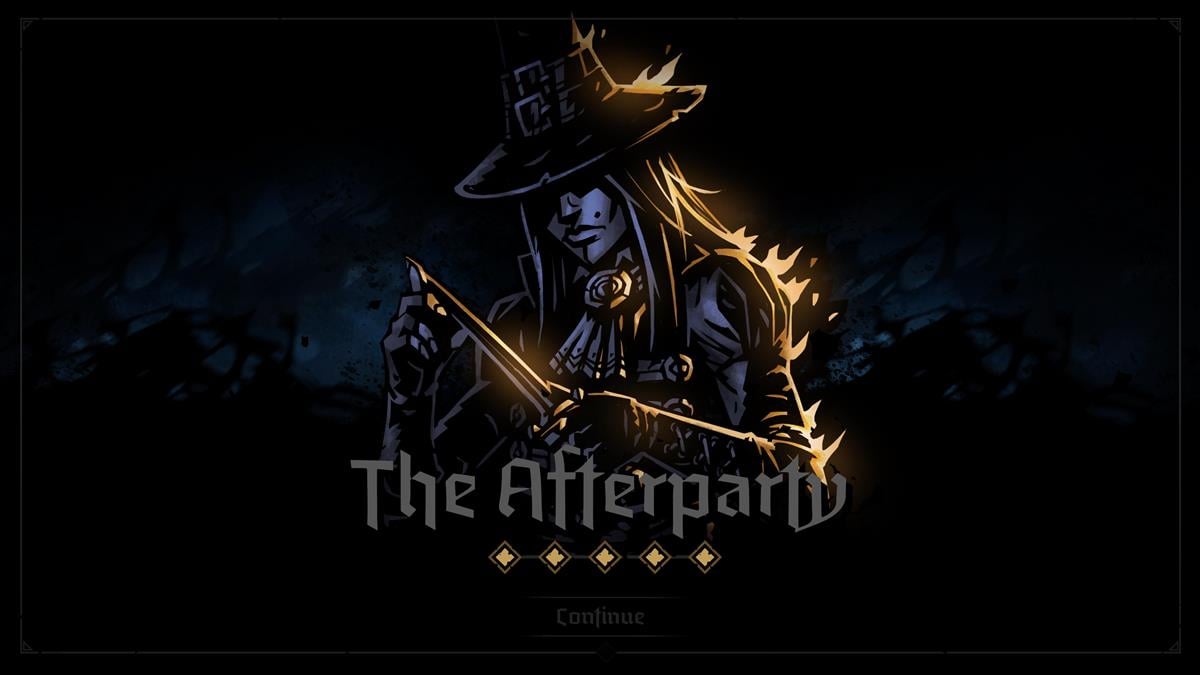 This is a narration of Audrey’s past as a rich noblewoman who’s stuck in an unhappy marriage. You’ll receive the Dead of Night skill, which allows her to destroy corpses and heal herself in the process.

This is a unique battle where you need to fight Audrey’s abusive husband. You’ve got several actions here, such as Take A Breath which lowers Stress. The goal, however, is to kill her husband. To do this, use the Placate Him actions a couple of times. This will prevent the husband from protecting the liquor cabinet. Once that’s done, use Poison His Drink. The husband will lose HP from the blight status effect.

Just repeat the steps until he’s eliminated. You’ll receive the Repartee skill for your efforts. If Audrey is stealthed, she can buff herself with dodge and taunt.

This is just a short narration. You’ll get the Lunge, which causes Audrey to advance forward and hit an enemy.

Audrey will see one soldier and three coffins. You’ll want to swap her position until she’s in front since the soldier will also search a couple of spots. Sometimes, Audrey won’t get detected. But, if she does get seen, you can use Take A Moment to lower Stress.

Once you’re further in front, use the Open Coffin action. The goal here is to find two of the correct coffins to give her two pips on her treasure token. Once that happens, wait until the coffins are reshuffled. You’ll see that the soldier is protecting one (there’s an icon at the bottom). Attack the soldier with Pick To The Face. Once you open that coffin, you’ll be able to loot her husband’s tomb.

This is the final narration of Audrey’s life. You’ll receive the remaining skills for the Grave Robber in Darkest Dungeon 2: