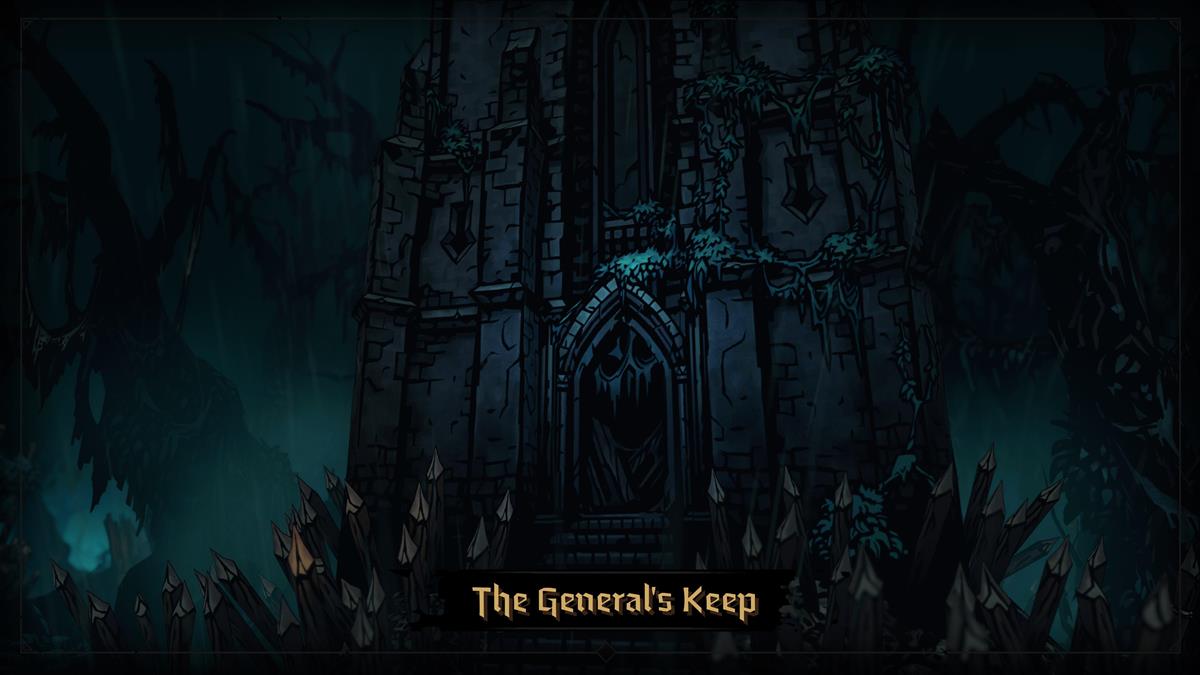 As you explore zones in Darkest Dungeon 2, you’ll encounter points of interest known as Lairs. These have a cave icon on the minimap, and the tooltip even says it’s a “high-risk, high-reward” challenge. Here’s our Darkest Dungeon 2 Lair guide to help you defeat the Dreaming General boss in The Tangle.

The Lair in The Tangle zone of Darkest Dungeon 2 is called The General’s Keep. Due to randomization, you might not encounter it during your run, given the branching paths. We do suggest equipping the Tracker’s Map Stagecoach upgrade if you can find it. This gives your party a +100% chance to reveal the Lair in an area.

We were able to clear this with a party comprised of the Hellion, Highwayman, Grave Robber, and Plague Doctor. Hopefully, you’ve got several skills already buffed with Mastery points. As for enemies, you can expect something akin to Guardian encounters on the overworld, meaning there are three sets of foes that you need to take out. These are what we’ve seen:

To defeat The Dreaming General boss in The Tangle Lair in Darkest Dungeon 2, we’ll need to micromanage our party’s moves. That’s because our characters will get root stacks in this fight due to the Tap Root, an invulnerable mob behind the boss.

Each turn, the Tap Root will randomly apply roots to two characters. If any character reaches three stacks, they’re fully immobilized and afflicted with a damage-over-time (DOT) effect. Worse, their attack will cause Stress to the party. Oh, and if all characters are fully rooted, The Dreaming General blasts everyone with a high-damage spell.

Believe it or not, the best method of dealing with this battle is to hit the Tap Root twice on the same turn (i.e., two different characters attacking, not a team-up attack due to Affinity). Since the Tap Root is behind the boss, this action can be done with the Highwayman (Pistol Shot), Grave Robber (Poison Dart), and Hellion (Iron Swan).

As for healing, you’ll rely on the Plague Doctor (Battlefield Medicine). The Grave Robber, meanwhile, just relies on her own ability (Absinthe). For damage, make sure you can apply Blight (poison) on the boss. Apart from physical attacks, poison should help whittle down its health every turn. It’s got 205 HP, so it’ll take a while to bring it down.

When you’re done, you’ll receive some random rewards. If you feel like trying out more challenges, you can also eliminate the other Lair bosses such as the Librarian in The Sprawl and the Harvest Child in The Foetor.