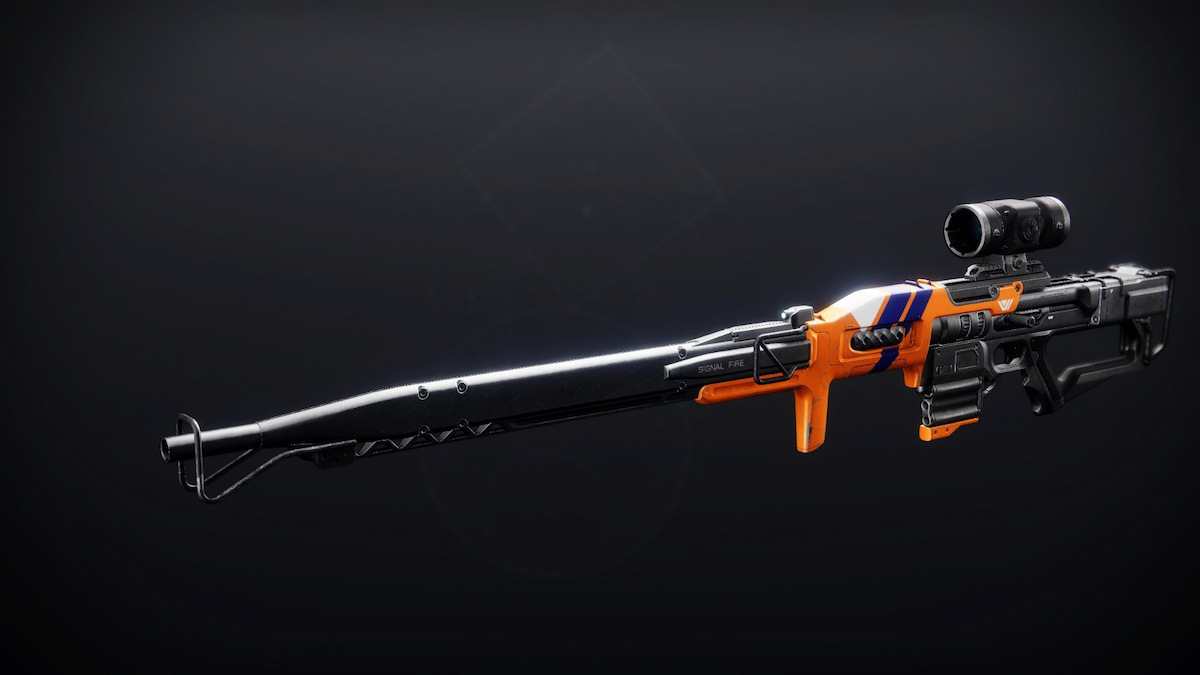 With the arrival of the 30th Anniversary event within Destiny 2 comes the return of some infamous Destiny legacy weapons. Enter 1000 Yard Stare, a fan favorite 90rpm sniper rifle that dominated the Destiny 1 crucible sandbox, and could be the new go-to choice for guardians with sharp aim. If that wasn’t enough, it even comes with some top-tier traits that most players search for on popular PvP sniper rifles.

To be brutally honest, 1000 Yard Stare isn’t the best choice for any PvE sniper rifles. There are countless better options, such as Succession, Adored, and Cloudstrike. That being said, there are a few trait options that could be worth looking at in the PvE sandbox, especially the new Golden Tricorn trait. With this trait, final blows with the weapon will buff its damage, and while that buff is active, grenade or melee kills of the same damage type greatly increase its damage and duration.

1000 Yard Stare is one of the new weapons only available through the new Grasp of Avarice dungeon. Unlike some of the other weapons in the dungeon, though, the 1000 Yard Stare might prove to be more tedious to find the right roll of. This is due to it dropping only from the final encounter of the dungeon. We recommend finding groups with checkpoints if your plan is to farm for the perfect roll of the sniper rifle.