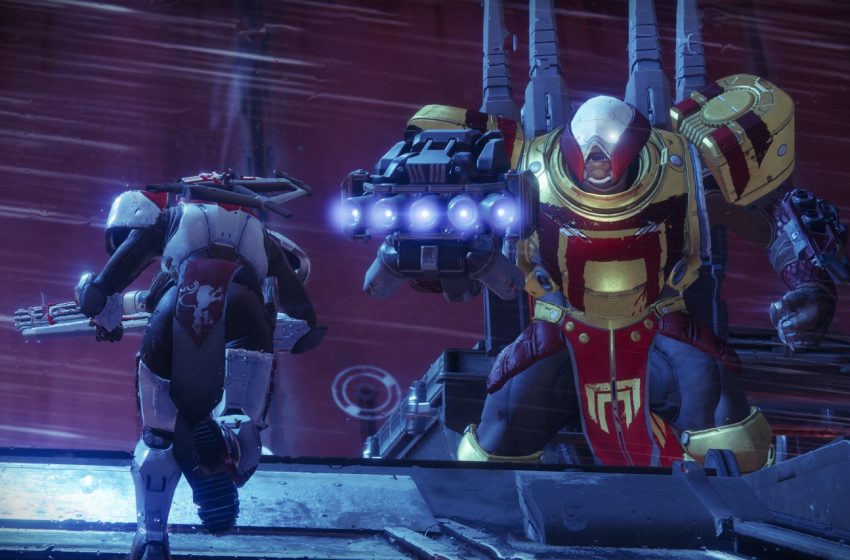 The Tower makes a return in Destiny 2 at the conclusion of the campaign. Even though it is under reconstruction following the attacks by the Cabal, there are many more areas available to Guardians than before. This Complete Guide to the Tower will list what activities, NPCs and Vendors, and even secrets can be found.

How to get to the Tower

If you recall the very first mission of the Destiny 2 campaign, you’ll remember that the Tower was decimated by the Cabal. As you progress through the campaign, you spend most of your time away from the Tower and the only available social space is The Farm. At the conclusion of the campaign, Guardians will celebrate their victory and return the Tower. It’s truly an awesome experience, and I have to give the folks at Bungie credit for keeping the return of the Tower a secret. In other words, complete the story to gain access to the Tower.

Who is at the Tower?

Just about everybody begins to hang out at the Tower after the Cabal invasion has been driven back. The Farm gets abandoned rather quickly, to be honest.

Commander Zavala hangs out at one of the most scenic locations in the Tower and only turns around to chat with Guardians. Otherwise his gaze is firmly aimed on the Last City below. He continues to award reputation for Guardians who complete Strikes and Nightfalls.

Ikora likes to spend her time at the Bazaar, an area of the Tower that looks as if nothing bad every happened there. She’ll reward Guardians for completing Meditations.

Amanda Holiday can be found in the hangar, and Cayde-6 has joined her there. She continues to sell sparrows and ships here, while Cayde now sells treasure maps in addition to XP boosts.

Hawthorne has joined the Vanguard in the Tower, completely abandoning the Farm. Not sure I agree with her decision. Also, is the Tower really the best place for her hawks?

Lord Shaxx is on hand to dish out Crucible advice and reward Guardians for competing against each other.

Master Rahool somehow survived the attack on the Tower and has now returned to give us fair and equally distributed engram decryption services.

Every social space needs a Postmaster to collect the valuable items that Guardians leave behind on their missions. Tess Everis has moved her shop from the Farm to the Tower in order to sell more of her items for Silver.

Banshee-44, an Exo that has been rebooted 44 times, returns to the Tower to take your Gunsmith Materials off your hands in return for rewards.

Although not your typical NPCs, the Vault stations at the Tower are a necessary tool for many Guardians.

All three of the faction representatives that we’re used to have now returned to the Tower. Guardians can pledge allegiance to their favorite faction and earn rewards. There is also a system in place that will offer discounts for each faction that wins a global challenge. For more details, see our article on the new Faction Rallies.

Dead Orbit banners and rugs are set up in the Hangar. Arach Jalaal is hanging out just by the stairs on the left after entering the hangar.

Not known for subtlety, the Future War Cult room is located near the hangar, up the stairs on the left. You can’t miss it. Just look for the giant FWC logos.

On the very far side of the Tower, past the Bazaar, an area is covered in New Monarchy banners and looks like a great place to hang out with Executor Hideo. The New Monarchy shader is excellent, by the way!

A secret room that was recently discovered in the Tower leads to speculation of a fourth faction, the Daito company. Only time will tell if this will materialize into reality.

Bungie is known for sprinkling secrets around its social areas. Just like the Farm has the Sentry-4 Scouting Commander jumping puzzle, the Tower does not disappoint. The following secrets have been discovered so far:

If you’re missing the soccer field from the Farm, don’t be afraid. The hangar has been set up as giant soccer field. It’s much larger than the one at the Farm so it will require more Guardians to team up to really generate some proper action.

That’s all we know about the Tower at this point. We’ll be updating this guide with new information as it is discovered or released in future content updates. We’ll also let you know if we can think of any reasons to visit the Farm now.

Now that you know everything there is to know about the Tower, be sure to visit our Destiny 2 Guide Hub for more guides.