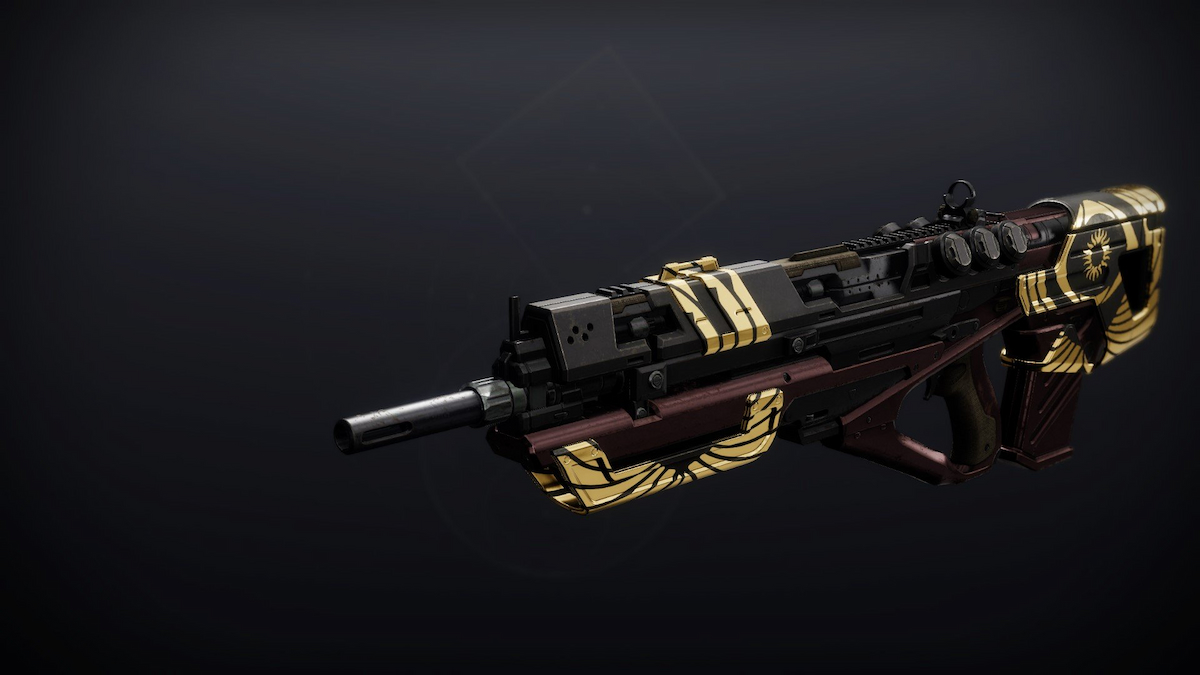 When the fan-favorite pulse rifle came back in Destiny 2 Season of the Chosen, players began grinding the Trials of Osiris game mode to get their hands on one. In Destiny 1, The Messenger was a slow-firing pulse rifle that had a reputation for killing opponents at ludicrous ranges with practically no recoil.

The Messenger keeps that reputation in Destiny 2, even building on it in some ways. In Destiny 2, The Messenger has the possibility to roll with Desperado, a perk previously only available on the pinnacle pulse rifle Redrix’s Broadsword. Desperado allows The Messenger to increase its rate of fire after getting a kill and reloading. This will let you shred anyone that walks into your sights in both PvP and PvE, just as long as you get that first kill. Additionally, The Messenger has the possibility of being an Adept weapon due to it being a Trials of Osiris reward.

How to get The Messenger

With the recent Trials of Osiris rework, it is easier than ever to get your hands on both the Adept and regular versions of The Messenger. Play the Trials of Osiris game mode to accumulate reputation and earn engrams from Saint-14 in the hanger. Once you have obtained a Trials of Osiris engram, you can focus it into The Messanger at Saint-14. As for the Adept version, you’ll have to wait until the next time The Messenger (Adept) is the flawless reward. Once it is, take a trip to the lighthouse and try your luck!

This roll will allow you to play both passively and aggressively with its incredible stability which makes two bursting a breeze. Additionally, the combination of Rapid Hit and Desperado is a dream, allowing you to reload quickly after a kill to get the most out of Desperado’s rate of fire increase.

Like the PvP roll, this roll will allow you to take down lots of different enemies by quickly building stacks of Rapid Hit and taking advantage of Desperado. One for All is also a good damage perk that flows really well with Rapid Hit. Try to focus a little more on reload speed and range here instead of stability.