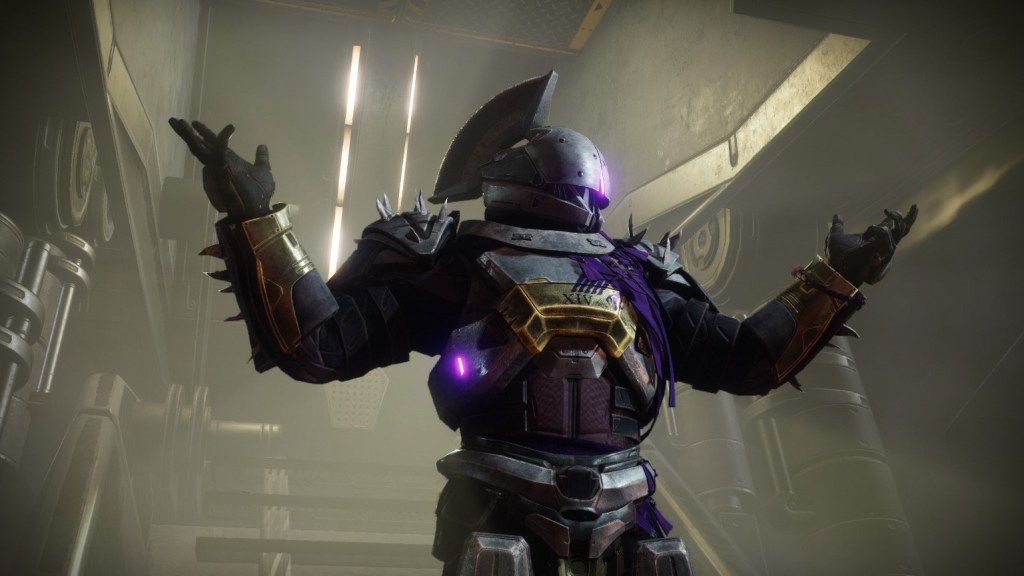 For Hunters looking to optimize their newly acquired pair of Oathkeeper gauntlets properly, this is the weapon bow you want to add to your arsenal. You’re probably going to use it far more in PvE encounter, but it becomes an ideal PvP weapon, given the correct situation. You have to keep your aim accurate, too, to make your shots count.

The Trinity Ghoul is an exotic bow made for any class. However, the Hunter Guardians are likely to receive the most benefit from this weapon as they have several Hunter-based items designed to give them better bow handling, such as the pair of Oathkeeper exotic gauntlets. The truly special perk that makes this bow unique is called Lightning Rod and Split Electron. The first one activates whenever the wielder lands a precision kill. When they do, their next arrow will have a chain-lightning effect, and the Split Electron perk splits up this shot into three. When the arrows land, the effect channels to nearby enemies, potentially taking out a sizeable wave of enemies all at once.

What’s phenomenal about this weapon is the fact you don’t have to hit an enemy with the electrical arrow. If you miss and hit nearby them, the wave will still receive the brunt of the attack, and get knocked down. For hunters who need to clear out an incoming tide, it’s a great weapon to have, so long as they hit the precision kill. However, if a hunter gets the Lightning Rod perk to activate and have no enemies nearby to hit, they can store their weapon and use their secondary as much as they like. When they return to the bow, the effect will still be activated, and they use it as if they hit the precision kill only seconds ago.

What Are The Weapon’s Stats?

How Can You Get It?

Like many exotics, the best way for you to acquire is to play Destiny 2’s Strikes and Raids. You’ll have the best chances of having it drop by running through these challenging missions over and over again. The second way to acquire is through the weekly milestone missions. The final way to grab this fantastic bow is to hope Xur has it for sale in his shop over the weekend. If he does, you’ll need to pay up, but it’s a guarantee.

The Trinity Ghoul could easily fail as a charged bow if the developers built it, so you were forced to use the electrical charge immediately. Instead, you can store it for however long you need to, and you’re free to use it at your leisure. Plus, you don’t have the land the electrical arrow to have the area of effect happen. You can hit the ground, and multiple enemies are going to feel your lightning’s wraith.