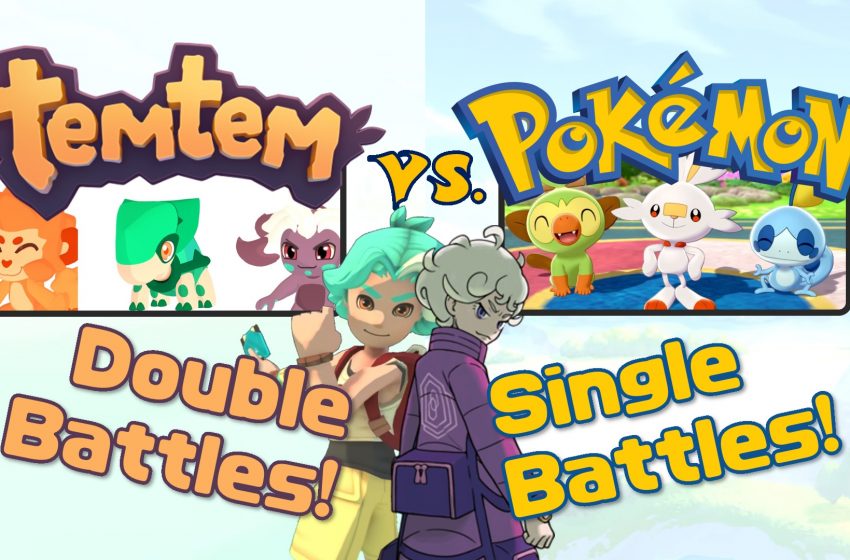 It’s no secret that Pokémon inspired Temtem, but by no means is it a Pokémon clone. Temtem has a lot of setting it apart from the game that inspired its creation.

First and foremost, the main thing that sets Temtem apart from the Pokémon games and its main selling point is that Temtem is a massively multiplayer online game or MMO. It means that while it still has a story campaign, you are in the world of Temtem with lots of other players! You can play on your own, with friends, or even make new friends along the way! Long-time Pokémon fans have wanted a Pokémon MMO for years now, but nothing on Gamefreak’s end, so Crema stepped up and filled that gap.

If you are a fan of the double battles in Pokémon, you’ll be pleased to know that 2v2 is the main battle mechanic in Temtem. While some NPC Temtem tamers only have 1 Temtem, and sometimes only one untamed Temtem battles you, you still send out 2 Temtems, and in a majority of battles, both you and your opponent have 2 Temtems out at a time.

Gone are the days of spamming your strongest move over and over. Temtem offers a new battle mechanic called ‘stamina.’ Rather than your Temtems having a limited amount of times they can use a move until they are healed, they have a stamina meter. It rejuvenates throughout the battle, and every attack costs a certain amount of stamina. If you spent more stamina than you have, your Temtem overexerts itself, causing it to take damage and lose its next turn. It’s wise to juggle stronger and weaker attacks to lower your average stamina spending during a battle, or if you do want to focus on the strong attacks, make sure to ‘rest’ during the battle, aka, give up a move and focus on regaining stamina to avoid overexertion.

Temtem offers a great number of customization options, with no gender locking on anything. All hair, faces, clothing, etc. are available to you no matter what body type, voice, or pronouns you choose. This allows players to choose from so many more possible outfit/style combinations. There’s no doubt it’ll be easy to create a Temtem tamer that is truly unique and stands out from the crowd!

Temtem squad worn down? No problem! Essentially, the Temessence Phial is a Pokémon Center in a bottle: It fully revives and heals the whole squad. You can only carry one dose with you at a time, but the phial itself is yours forever, and you automatically refill it for free every time to heal your Temtems at the Temporium. This makes long routes and missions less taxing, knowing that you can get a fresh start with the Temessence Phial mid-journey.

So, if you thought that Temtem was a carbon copy of Pokémon and wasn’t worth your time, try it before you knock it! You might be surprised by how much this game can stand on its own.