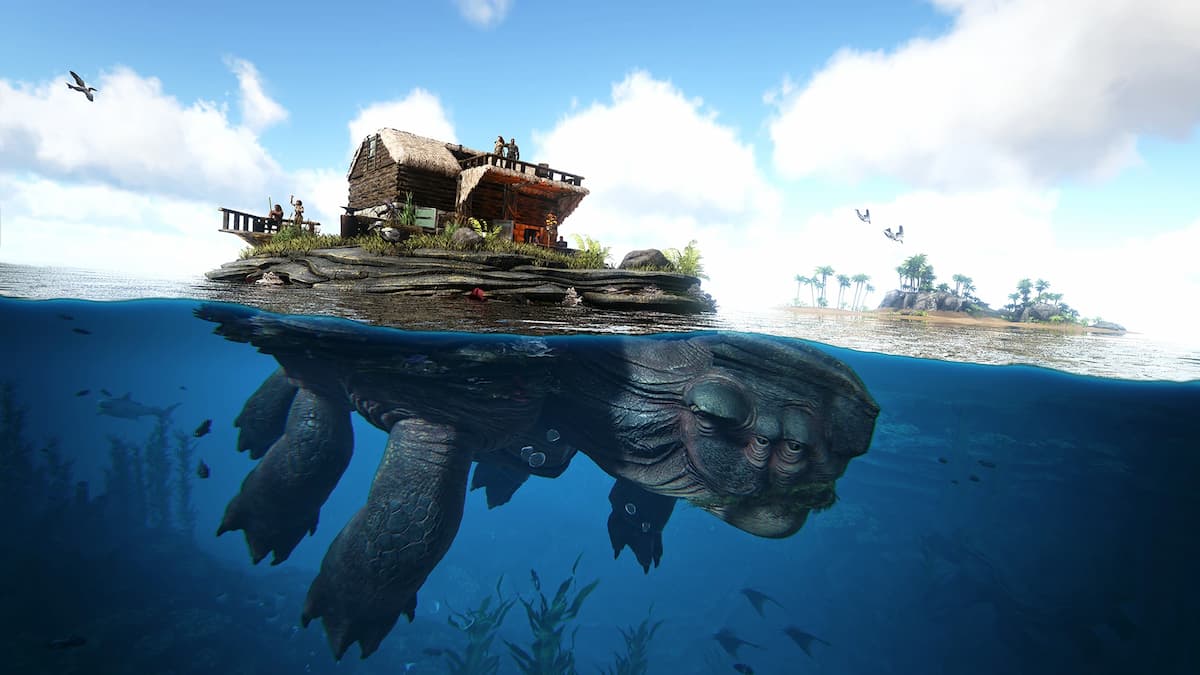 The voracious survival-crafter Ark: Survival Evolved is guaranteed to eat through a massive amount of time for anyone strong enough to brave the harsh landscapes of predatory dinosaurs. Building up a fortress and taming wild dinosaurs is far easier if you have a friend, however, and Ark allows players to do just that.

While Ark absolutely invites players to band together, forming tribes to defend their stake of land, whether or not players can use split-screen to join the fray is a bit convoluted. At its most basic, both the Xbox One and PS4 versions of Ark: Survival Evolved allow split-screen gameplay, but deciphering how and when this is available is admittedly a bit muddled.

Related: How to tame a Quetzal in Ark: Survival Evolved

For both of the console platforms, split-screen is available. Players will need to start a single-player session, begin the game, and then have the second player join in for some classic couch co-op. Players cannot use split-screen functionality on dedicated servers, even if the server is owned by one of the players.

With non-dedicated servers, players should further note the usage of tethering within gameplay. Tethering essentially means that there is a maximum distance players can move away from one another until the second player is teleported to the location of the first. This greatly mitigates strategy from base-building to taming, as players generally need to be within 100 meters or so of each other.

The second player cannot force the first player (or host) to their location: it always favors the primary user when the tether activates. You cannot play split-screen and circumvent the tethering.

On the Windows store, however, the title mirrors that of the Xbox One title. The Windows Store notes that the title has split-screen functionality, although players have struggled to have this operate as advertised on PCs. While it seems technically feasible, getting this function operational seems to have stymied users with no clear answers from either Microsoft or Studio Wildcard.