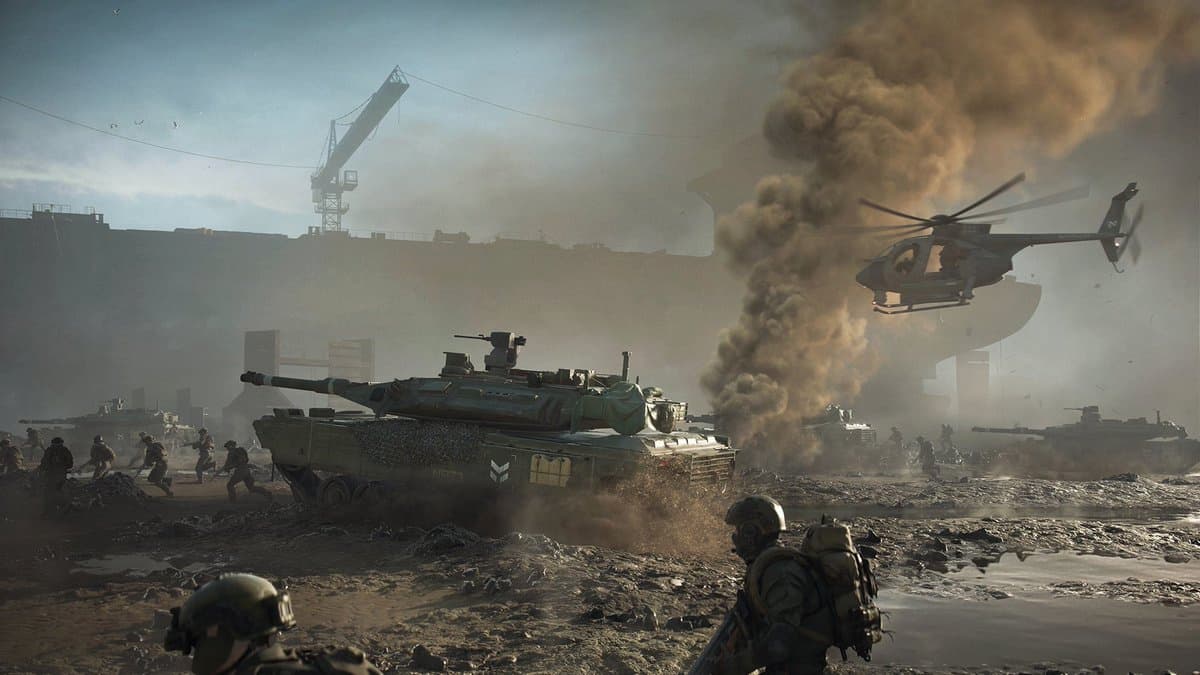 Battlefield 2042, the next game in EA’s staple first-person shooter franchise, is releasing on October 22. Players will be able to jump into massive multiplayer matches featuring 128 players in total, with 64 players on each side, battling it out for domination.

Although there’s not going to be a battle royale mode, one of the game modes, Hazard Zone, is a squad-based competitive mode. It’s widely different from All-out Warfare, the massive 128 player battles, and expansive maps that can feature massive tornados throwing players into the air like ragdolls. We don’t have too many details about Hazard Zone, but it seems like a middle ground for Battlefield 2042 players.

Despite not having a battle royale mode, there is a battle pass coming to Battlefield 2042. The pass will rotate out each season, with dynamic cosmetics, and the multiplayer modes will feature new story elements players can learn about, detailing the changing events in the game.