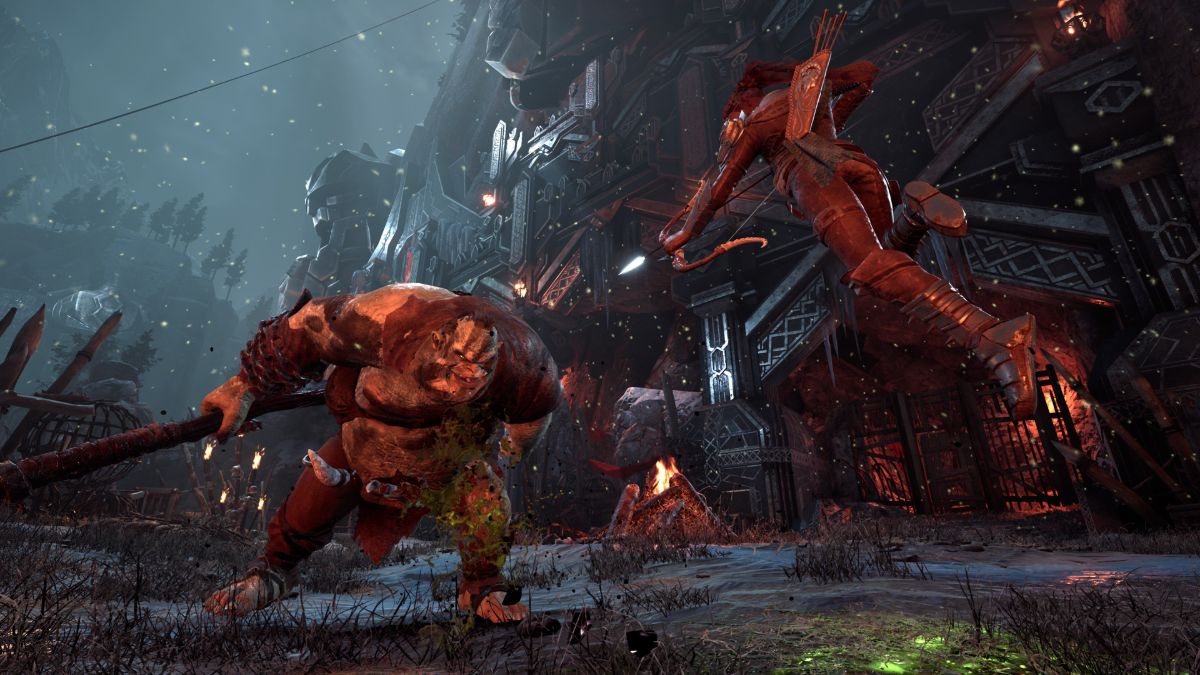 Image by Wizards of the Coast

Garnn and Murdunn stop you in your tracks to finishing the first act of Dungeons & Dragons: Dark Alliance, and they’re annoying to deal with. This boss has not one but two enemies to fight at the same time, and they’ll also call reinforcements. How do you deal with this insurmountable threat? Here’s how to beat Garann and Murdunn.

Murdunn is the first boss you want to beat up first. He is a spellcaster that can cause a multitude of awful status effects on your character. He’ll cause confusion, (that will make you go the opposite direction), cursing (increases damage taken by enemies), and corruption. Avoid the waves of purple energy as much as you can by dashing left and right.

Next, he’ll start to disappear and string a combo of hidden strikes. He’ll do this three times, so try to dodge him as much as possible. Then, he’ll end the move with a devastating circular shockwave. If you get hit, you’ll receive some nasty status debuffs that could spell game over for you and your party. If you’re successful at missing these attacks, he’ll become dazed. This is the best time to get some hits in.

You can also use the archer’s ability that ensnares her foes into vines. This leaves him destabilized and completely open to attacks. We were able to get around a quarter of his health down from this strategy.

Garnn deals a great amount of damage to his unsuspecting victims. Try to keep your distance from him while you fight Murdunn. When his brother is dealt with, lock on to Garnn and try to parry his attacks. This is the best way to stun him and if you’re lucky, you can keep him in a semi-permanent of being dazed if you overwhelm him with a mix of light and heavy strikes.

Unfortunately, this is when his reinforcements start to appear. Don’t ignore them as they can throw projectiles at you that will drain your health quicker than a bard buying a new harp. Take them out as fast as you can or designate other party members to focus on them as you continue to thrash Garnn.

At one point, shadows may start to emerge behind Garnn. They can attack party members, but they’re weak so take them out quickly when they are summoned.